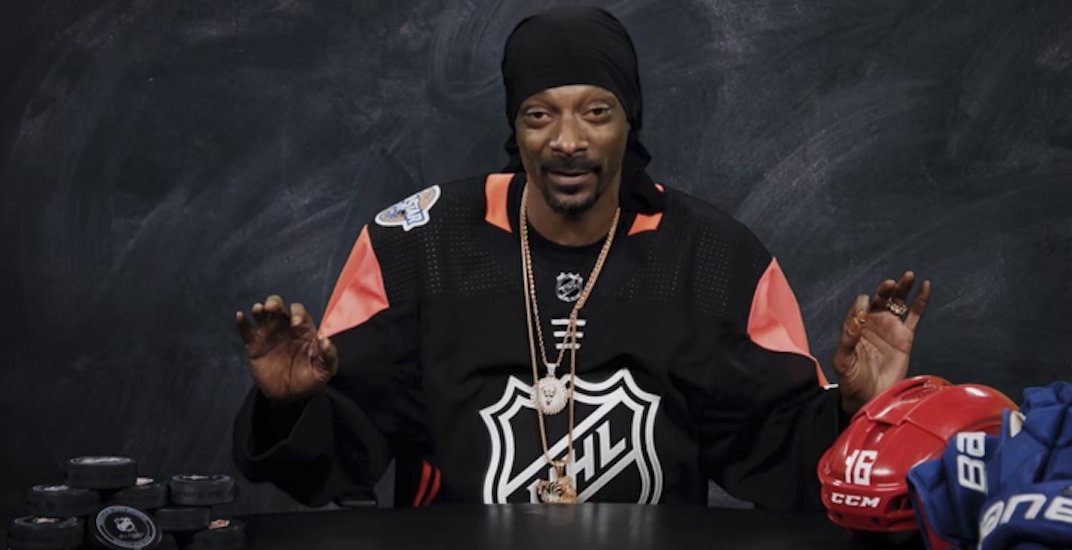 Snoop Dogg and the NHL are a match made in heaven.

The rap legend from Long Beach, California is a big hockey fan, something he’s proven on a number of occasions.

Who could forget his interview with Scott Oake on Hockey Night in Canada during the 2007 Stanley Cup Final?

Or his appearance as ‘DJ Snoopadelic’ during NHL All-Star Weekend last year?

Well Snoop is back at it again, this time, helping to educate fans in the United States about the sport of hockey for the NHL.

Episode 1 of Hockey 101 with Snoop Dogg was all about the Stanley Cup. Episode 2 was even better, describing hockey slang, as only “Dogg Cherry” could.