For those familiar with Vancouver’s Donnelly Group, their latest project sounds like a bit of an anomaly. The club-and-pub syndicate is serving as a silent partner in Royal Dinette, a farm-to-table restaurant from Dave Gunawan of Farmer’s Apprentice, which is poised to open inside the renovated bottom floor of Downtown’s The Blackbird.

Very little vestiges of the dark pubby trappings of The Blackbird remain inside Royal Dinette. The room is softer, lighter, and brighter, thanks to an inviting pale blue-green paint and a driving emphasis on letting in sunlight and warmth in the 80-seat space. One design element that will live on is the diner-style counter seating, where Gunawan and Head Chef Jack Chen will serve thoughtful tasting menus featuring seasonal ingredients in approachable iterations aimed at pleasing the Downtown masses.

Royal Dinette has a multi-prong approach for giving guests what they want at various times of the day without compromising the quality of service and food. Open weekdays for lunch from 11:30 to 2 p.m., Royal Dinette is ready to serve up lunches for diners eating on the clock, as well as those seeking a more leisurely midday meal. The restaurant re-opens at 4:30 p.m. in time to quench the thirst of locals and visitors in the area looking for a drink, and, when the kitchen opens at 5 p.m., a bite to eat from a menu of Happy Hour special.

For both dinner and lunch service Royal Dinette intends to create a comfortable and accessible dining experience from a menu of seasonal and locally-sourced fare grown by many of the farmers with whom Gunawan has cultivated a longstanding business relationship, expanded to a larger scale at this operation.

Farmer’s Apprentice, which Gunawan explains evolved from its opening menu to become a more small-plates and tasting menu kind of establishment, is definitely playing a key role in influencing Royal Dinette. Diners can readily expect what Royal Dinette Manager Jonathan Therrien attest will be food that is “simple and fun,” and “well-executed by a bunch of pros.”

Part of the interior renovation includes setting up a visible pasta-making station, where the handmade goods will be made and served at both lunch and dinner. Inside the kitchen, which is partially visible from the dining counter, a butchery section will allow the chefs to do thoughtful prep of proteins right on site.

It’s not so much that the menu is being kept under wraps, but more that Gunawan and Chen’s food is drawn from what’s available and in season, and they aren’t going to know what that is until closer to opening day, which is on track for happening within the next week. Still, it’s clear that there will be a mix of multi-course tasting menus and a la carte dishes crafted with a food-forward sensibility in mind, suitable for what Therrien expects will be a diverse crowd enjoying the restaurant’s “fun vibe.”

Perhaps contributing to the fun vibe will be the bar area, which will be the domain of Wendy McGuinness, recently of Chambar. Look for a small, but exciting, and ever-evolving cocktail list, and, a first-of-its-kind in Vancouver tap for bubbly.

Look for bike parking racks on the narrow patio for those commuting on two wheels, and lots of spots inside the restaurant for grabbing a drink while waiting for a table–or just to grab a drink.

We got a sneak peek of the space as it enters the final stages of prep for opening day: 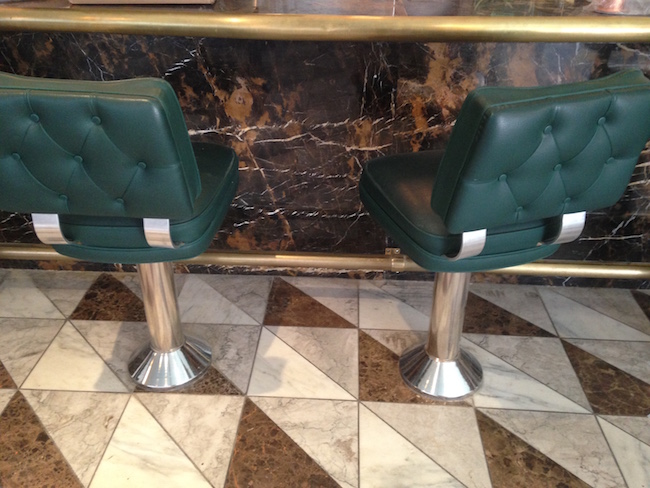 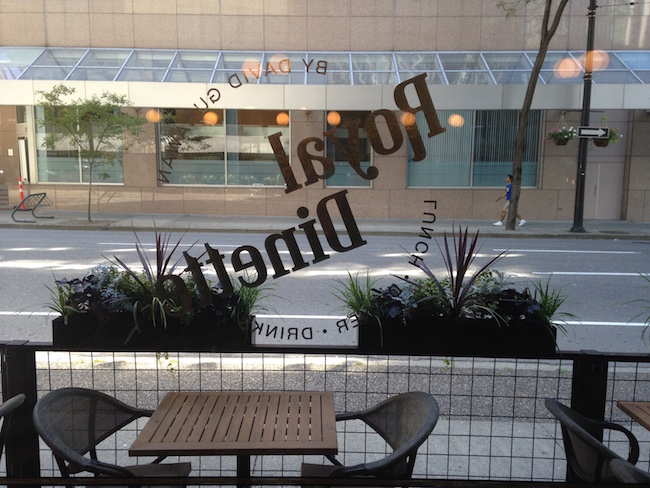 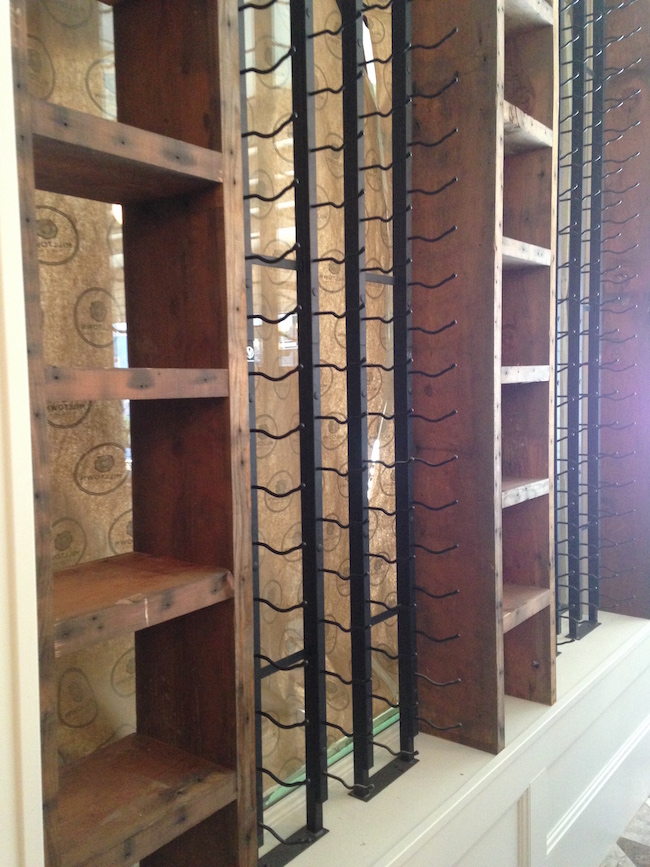 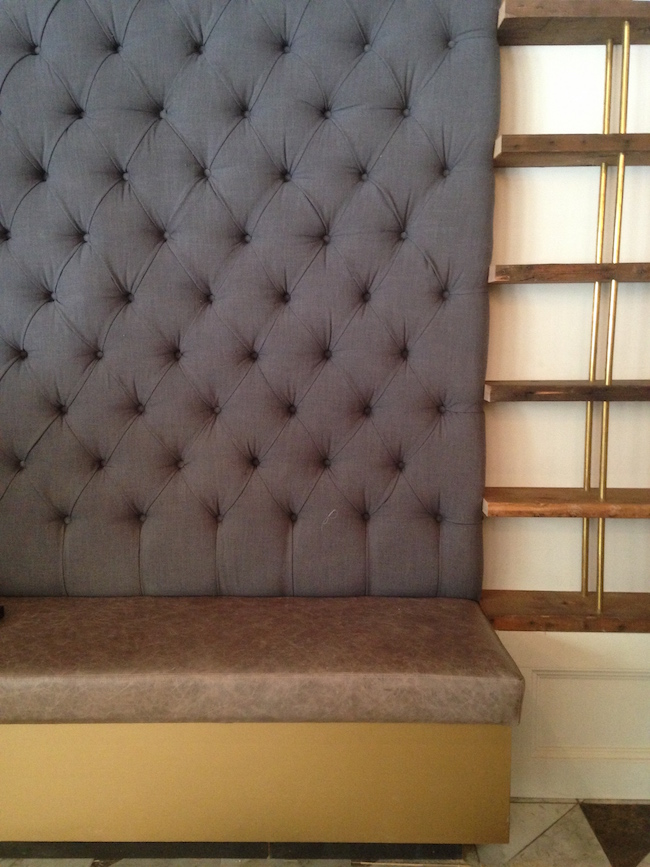 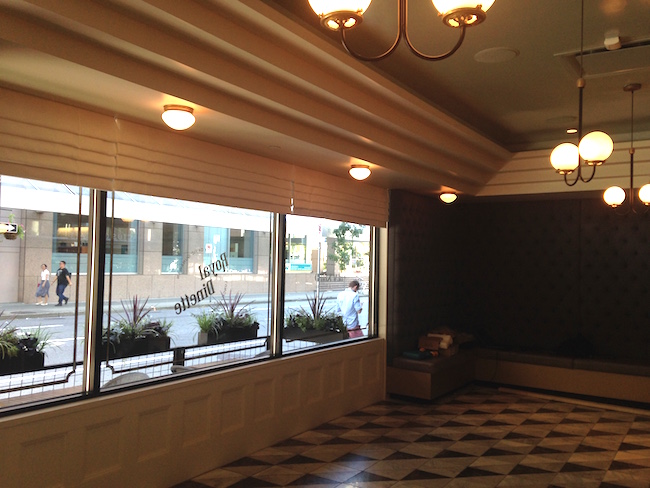 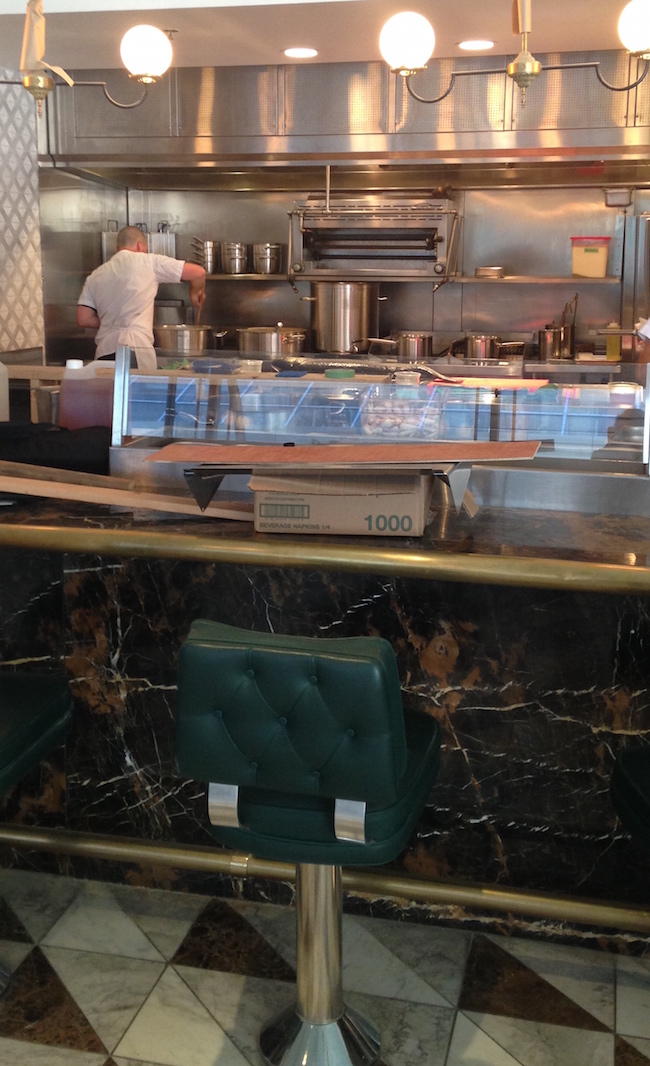 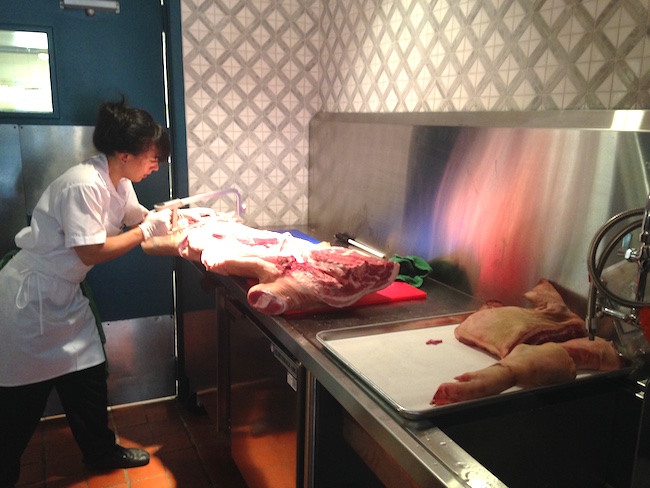 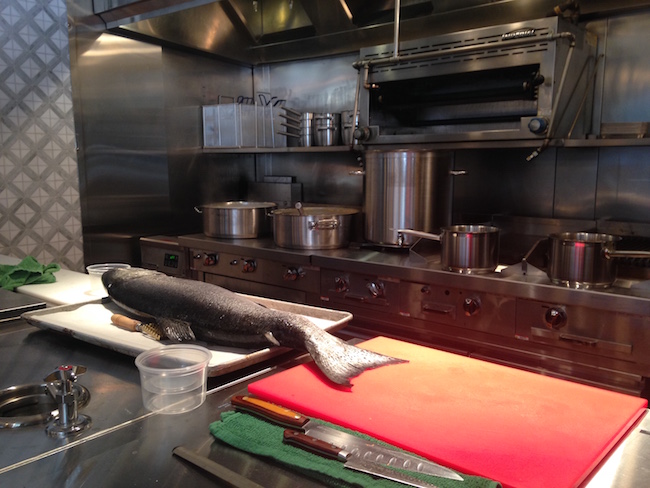 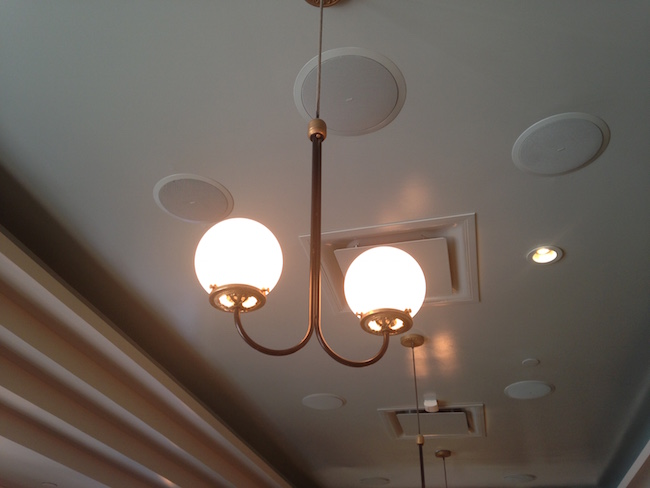 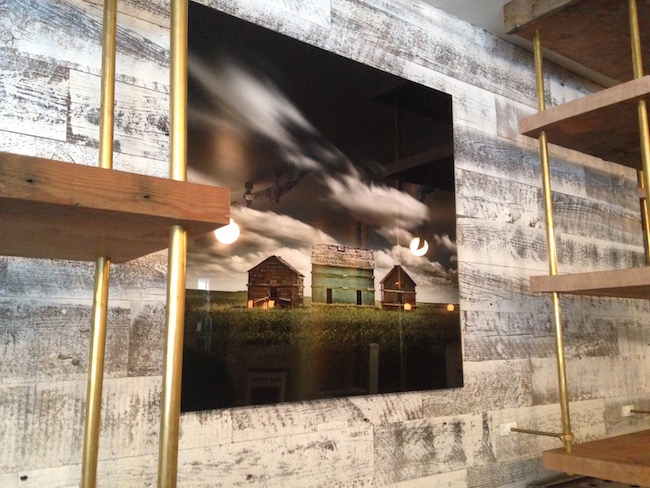 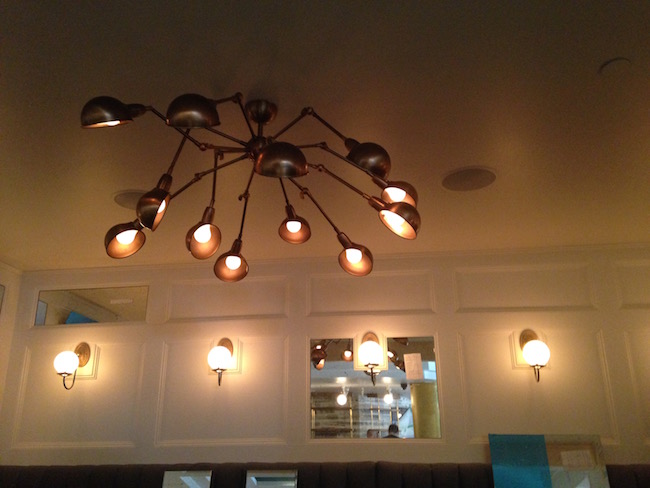 In one of the seating areas, with an intimate atmosphere (Lindsay William-Ross/Vancity Buzz) 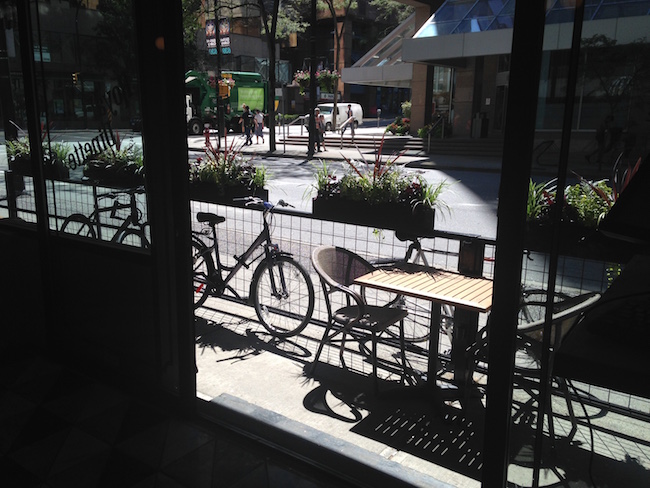 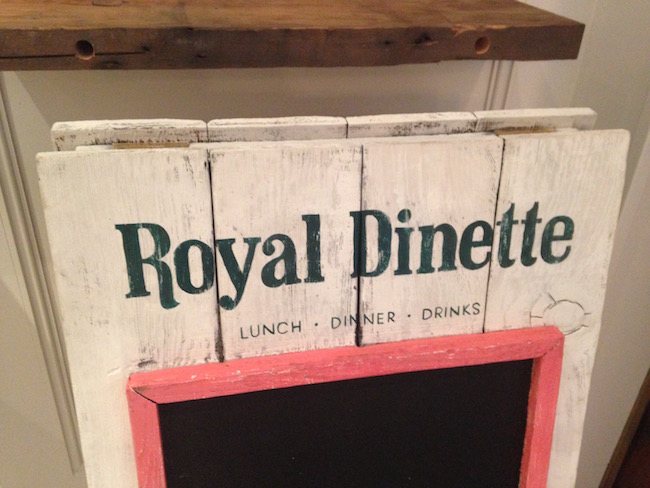