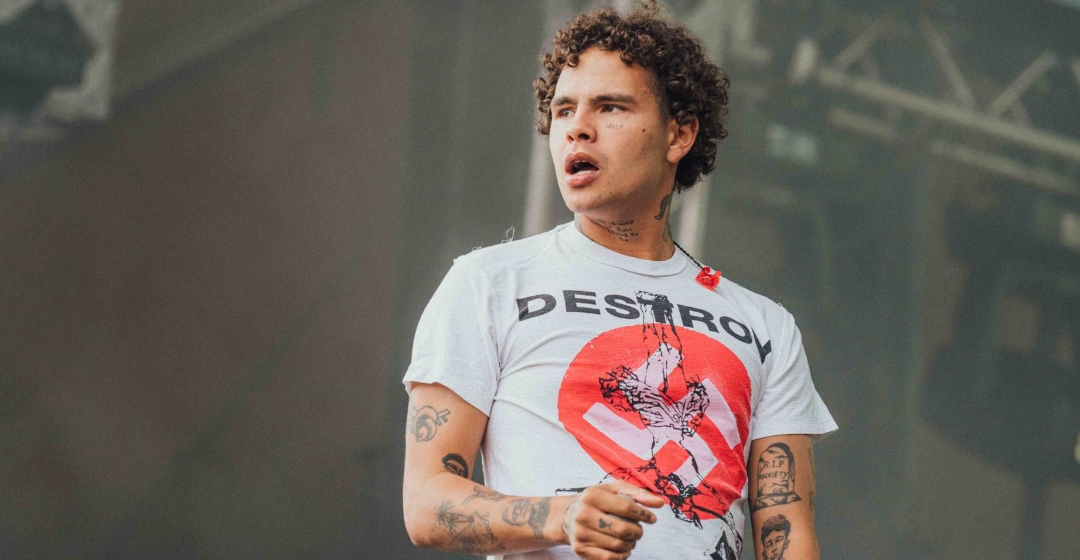 The piece of clothing, which features the word “Destroy” above the hateful symbol, is a replica of a 1975 garment created by English fashion designer Vivienne Westwood.

According to Slowthai, the shirt was meant to convey an anti-fascist message. Nonetheless, many anti-Semitism groups, including the Centre for Israel and Jewish Affairs (CIJA), were upset and appalled after seeing the symbol on the festival’s stage.

We have written to @slowthai and @evenko’s @NFarkas to express our concern that Slowthai was allowed on-stage at #Osheaga2022 wearing a t-shirt with a large swastika. Hate has no place in #Canada

ATROCIOUS! The only word that comes to mind when we see Tyron Frampton (i.e. @slowthai) allowed to perform yesterday at the Osheaga music festival in Quebec adorning a bright red swastika.

Why wasn’t he immediately yanked off the stage @osheaga @Nfarkas?! pic.twitter.com/SXP7iItjPa

An apology and personal statement was later tweeted out by Slowthai himself. In it, the rapper explained how he stands “against fascism of any kind,” which is something the shirt was “meant to illustrate with the word ‘destroy’ above the symbol.”

The ability to reply to the tweet was turned off by the author.