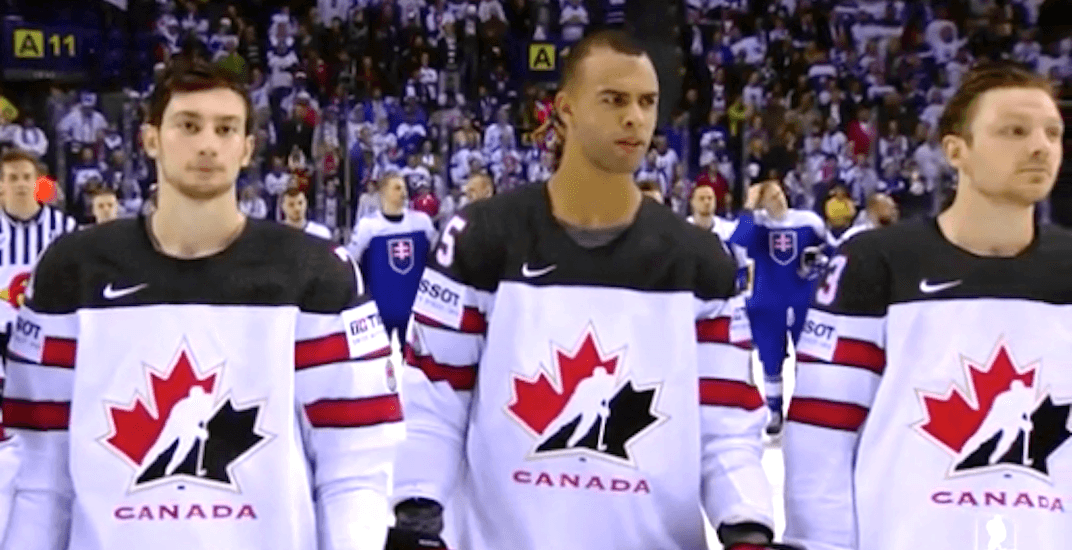 Hockey fans in Slovakia weren’t pleased after their team lost a heartbreaker to Canada at the IIHF World Championship on Monday.

After holding a surprise 2-0 lead in the first period and a 4-2 lead in the second, the host nation found themselves deadlocked with the favoured Canadians at 5-5 late in the game.

With 1:14 left in the third period, Slovak defenceman Erik Cernak was assessed a two-minute minor penalty for tripping, putting Team Canada on the power play. The Canadians took advantage, as Mark Stone scored the winning goal with 1.8 seconds left on the clock to secure a 6-5 win.

The birthday boy Mark Stone (@GoldenKnights) scores with TWO seconds remaining to give @HC_Men a 6-5 lead and seal the victory!#IIHFWorlds pic.twitter.com/77ZMx0xJHl

Canada was lethal with the man advantage, scoring on three of four power play attempts.

It was all too much for disappointed Slovakians on hand, as booing/whistling filled the arena in Kosice, continuing through the post-game awards and even the Canadian anthem.

“Any time you play against the host team it is going to be a little bit hostile, especially with passionate fans like the Slovakians,” Stone added. “They’re playing good hockey, so it was a big win and a big effort from us.”

Despite a 2-1 record, Canada has had a disappointing start to the tournament, losing their opener 3-1 to Finland, before having more trouble than expected with Slovakia. They had an easy time with Great Britain, winning 8-0 against a country making its first appearance at the World Championship since 1994.

Canada’s next game comes on Thursday against France.