An order of sleek-looking Bombardier Innovia Metro 300 train cars for Metro Vancouver’s SkyTrain system will begin to arrive later this year. A total of 28 cars of Bombardier’s newest model were ordered in 2012 at a cost of $90.7 million.

In a statement to Vancity Buzz, TransLink said these cars will operate in a four-car long articulated train configuration, meaning passengers can walk from one end of the four-car train to the other. This will be a first for the SkyTrain system.

The order adds seven trains to the system just in time for the surge in ridership anticipated from the opening of the Evergreen Line in 2016.

These new cars will feature a number of design elements that substantially improve passenger comfort and reduce maintenance needs and costs.

The windows on the side and front of the trains will be substantially larger to allow more natural lighting.

“These windows will extend down to waist height, improving the passenger experience with better visibility and spaciousness during transit,” said TransLink in a statement. “The windows will also be full width at the front of the vehicle, similar to the Canada Line cars.”

Compared to the previous two generations of SkyTrain Mark-series cars, another major improvement passengers will notice is the reduced noise and rattling inside the car.

“New passenger doors designed with improved sealing when closed, reducing noise to the car interior and offering quieter operation. Overall, vehicles will have less rattle during operation due to improvements in manufacturing processes and materials.”

The train interiors will be more spacious – with more larger open spaces available for bikes, strollers and wheelchairs – and brightly lit due to an improved LED lighting system.

The new cars come with a longer lasting battery that is lightweight and smaller in size. It is estimated that the batteries will last 25 years instead of 10 years on the existing fleet.

TransLink was unable to comment on other elements of the design of the train, such as passenger capacity. But the new trains will likely be able to hold nearly 700 passengers per train given the increased floor space from the gangways of the four-car articulated configuration and the overall improvement in interior space usage.

The Canada Line’s two-car trains built by South Korea’s Hyundai can only accommodate 334 passengers per train. 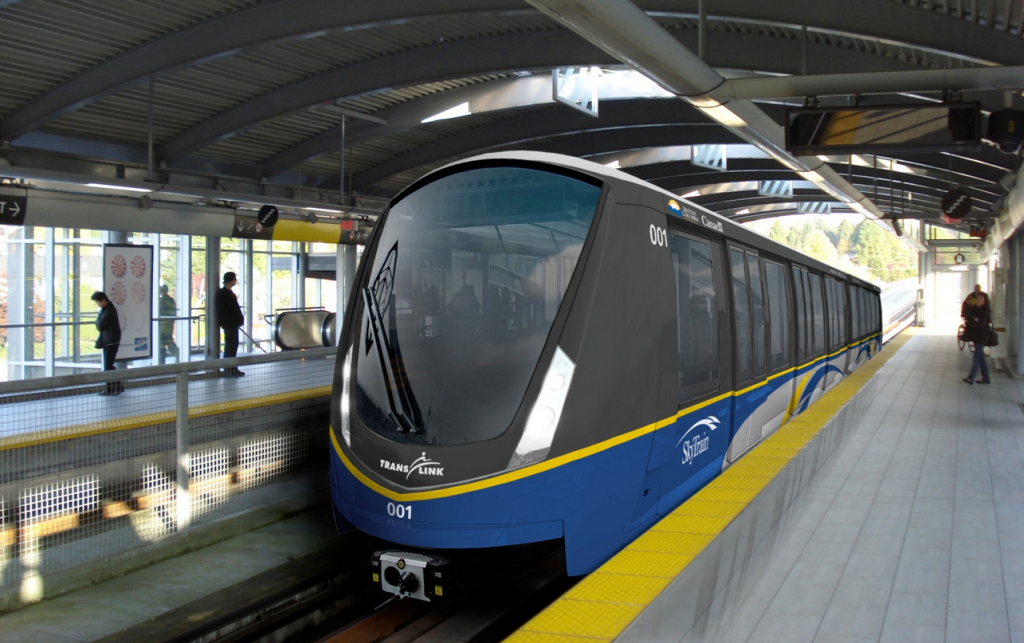 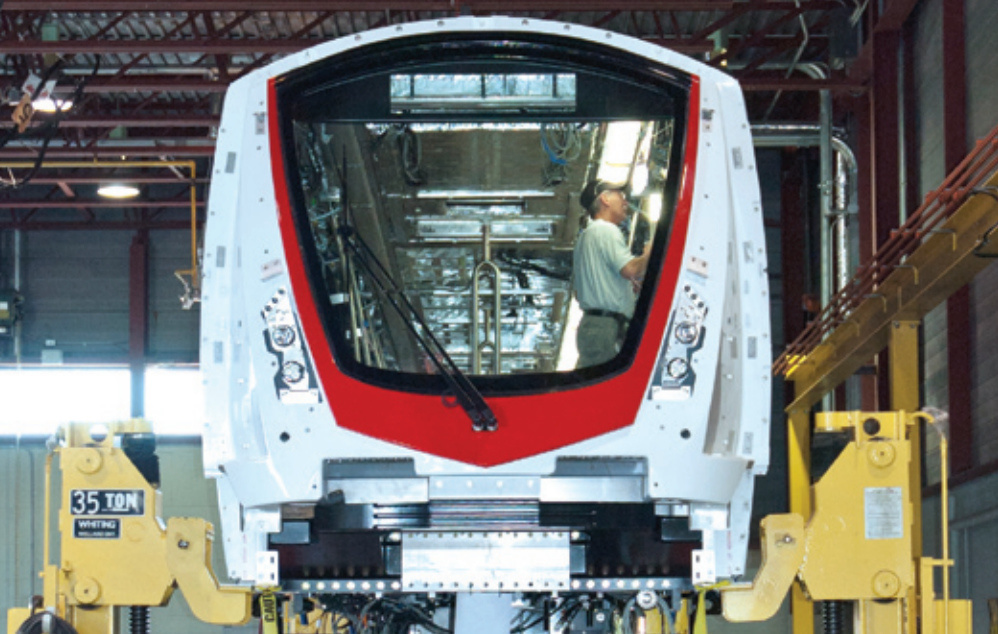