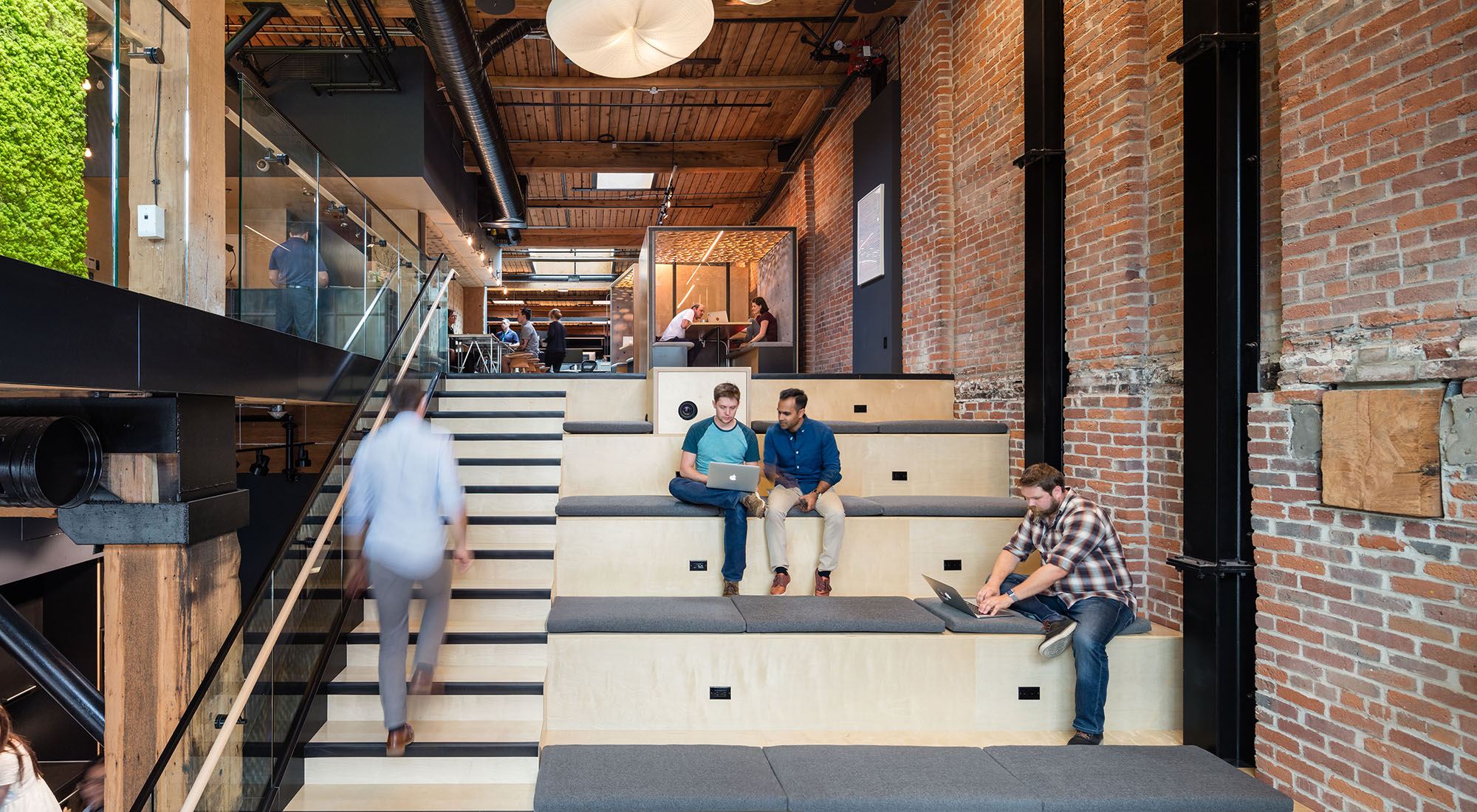 In only two years,Vancouver startup superstar Slack has gone from the mere makers of a cloud-based corporate communications tool, to a company worth $3.8 billion.

Slack is now in San Francisco, Dublin, Melbourne, and New York too, with an office coming soon to Toronto. But they’re looking to expand their Vancouver office even more.

Slack’s new Vancouver offices in Yaletown currently have 82 team members – but there’s room for a total of 120, and plenty of empty desks ready and waiting.

Founder and CEO Stewart Butterfield told Daily Hive that while Slack’s future success is yet to be determined, it is a special company.

“We’re in a wonderful space, and through hard work, but mostly through luck and timing, we’ve ended up in an incredibly strategic position,” he said.

“Being at Slack, especially now, especially in the early years, will be similar to having worked at Google, Facebook, or Apple in the mid 2000s. It’ll be great for people’s resumes.”

Heather Morrison, Customer Experience Regional Manager, said it feels really inspirational to be working at a company growing so rapidly.

“Everybody new who joins us is at that same calibre, geared to do the best work of their life. We’re all excited, we’re all super passionate,” said Morrison.

‘We are one big team’ 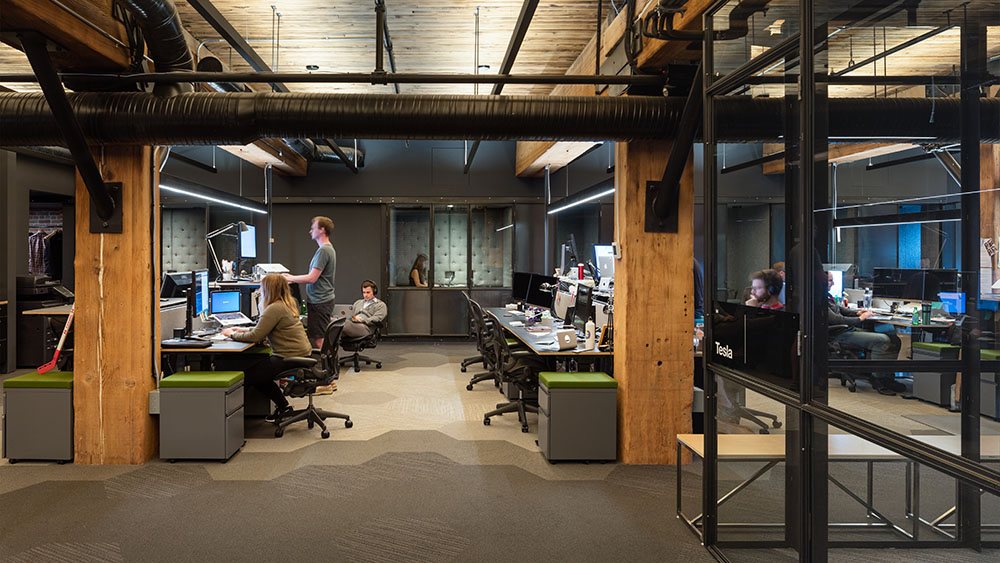 Morrison says they have aggressive hiring goals and she’s hoping to double the current customer experience team, which currently stands at 32 people.

“Also, being super empathetic, being courteous, having solidarity… We are one big team, we’re taking care of each other.”

Vancouver office manager Marg Hernandez says she’s excited to have a space for more people to move into; for her, the people are the best thing about working at Slack.

“Everyone’s really different and diverse, in the way they have so many different interests outside of working on Slack,” said Hernandez.

Morrison says they have a lot of fun – even when the boss is around, which is every other week. All the managers are interspersed through the building, there are no private offices.

“Stewart sits and chit chats with you, he’ll offer up half of his lunch, he’s that genuine of a person,” said Morrison. “I really admire him as a person, he’s amazing at what he does.” 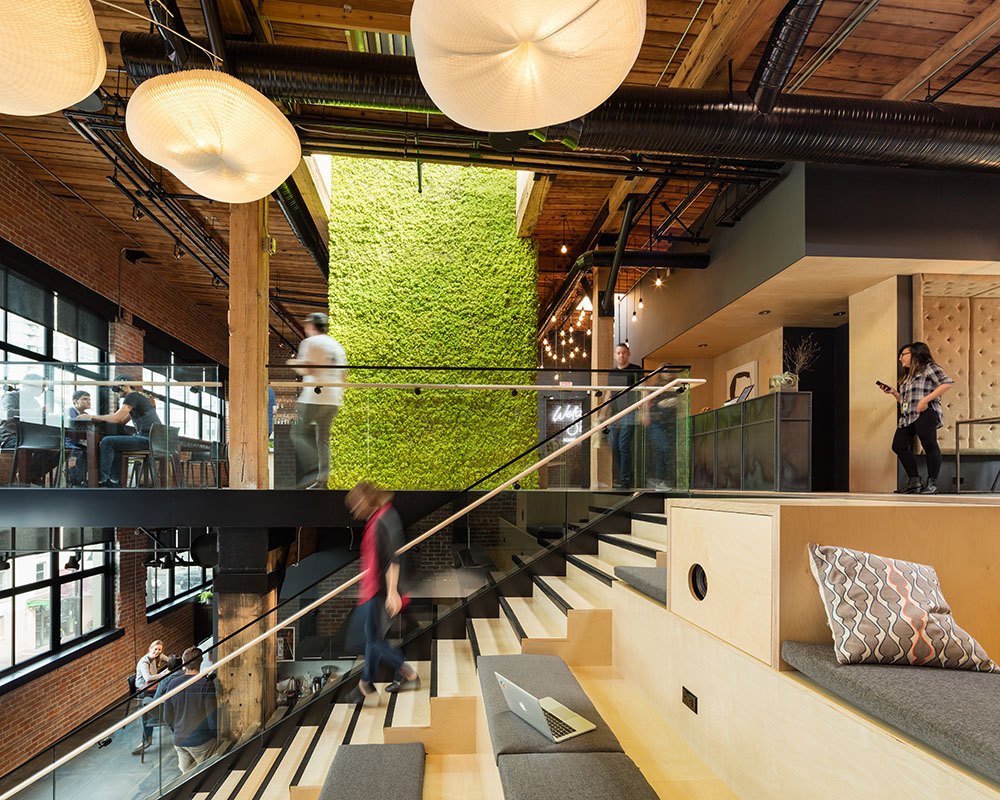 Slack’s Vancouver offices, which now cover 21,753 sq. ft. on four floors, is open plan, with kitchens on every floor and one-on-one booths around the edges.

All the materials used in the renovations were locally sourced, she says, including a striking whale feature in the main 4th floor kitchen.

Every Thursday, Hernandez says, there is a social hour in the kitchen hosted by different employees each week, involving drinks and food for everyone.

In the construction, anything taken from one area was used in another to minimize waste, such as a beam, moved to make way for bleachers, that became a table in a breakout area.

Meanwhile, music is always playing, with playlists curated by staff, as inspirational tweets and messages from happy customers scroll by on TV displays around the office.

Team members are also encouraged to work together in person (not just over Slack channels) and take advantage of the many alternative working spaces around the building.

“This is not the kind of place you’re strapped to your desk,” said Morrison. “We all spend time on different floors here.”

No need for a tech background 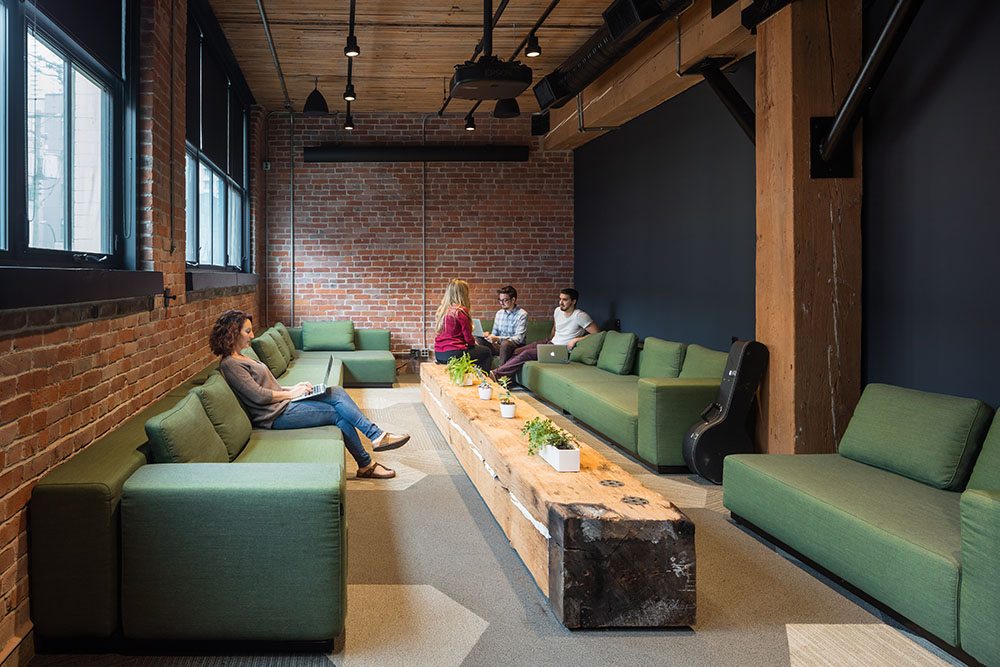 If that all sounds pretty good to you, but you have no experience in tech, you don’t need to worry. Hernandez says potential job applicants don’t need to have a tech background.

“I was never primarily in the tech industry, and I find that given that it’s growing in Vancouver, it’s not very rigid,” said Hernandez.

“I think we’re in a good place that we’re growing and we’re cultivating people from outside the industry.”

According to Slack’s latest assessment of its workforce, in February, team members are also diverse in other ways.

Some 43% of managers are women, 7.8% of engineers are black and 13% of all staff are part of the LGBTQ community.

“I love my job, I love my life. It’s a beautiful office, the whole team is so much fun… It feels almost like a family standing in the kitchen in the morning.” 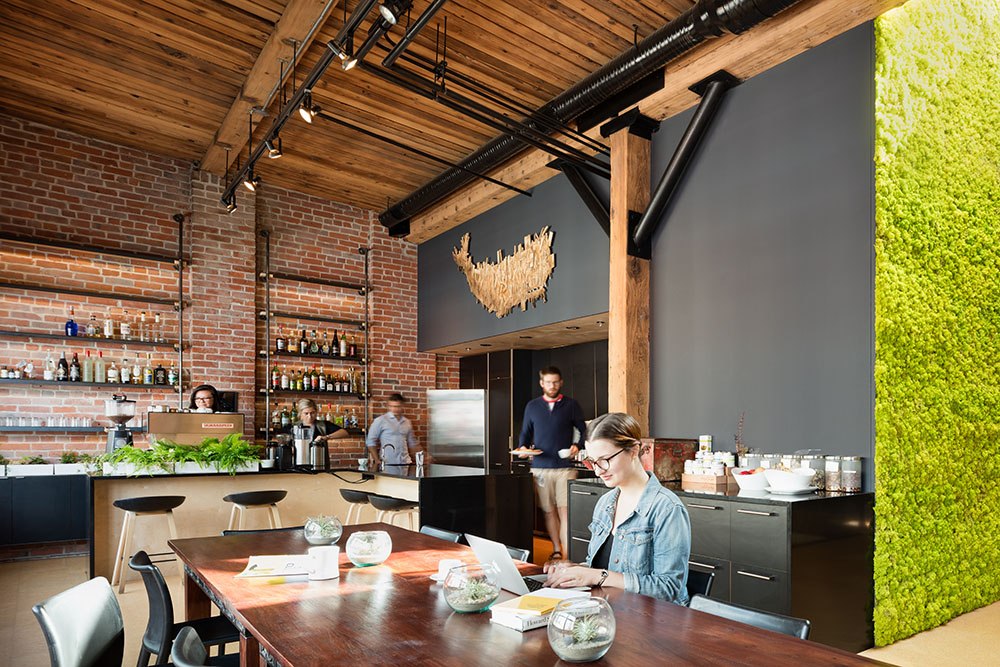