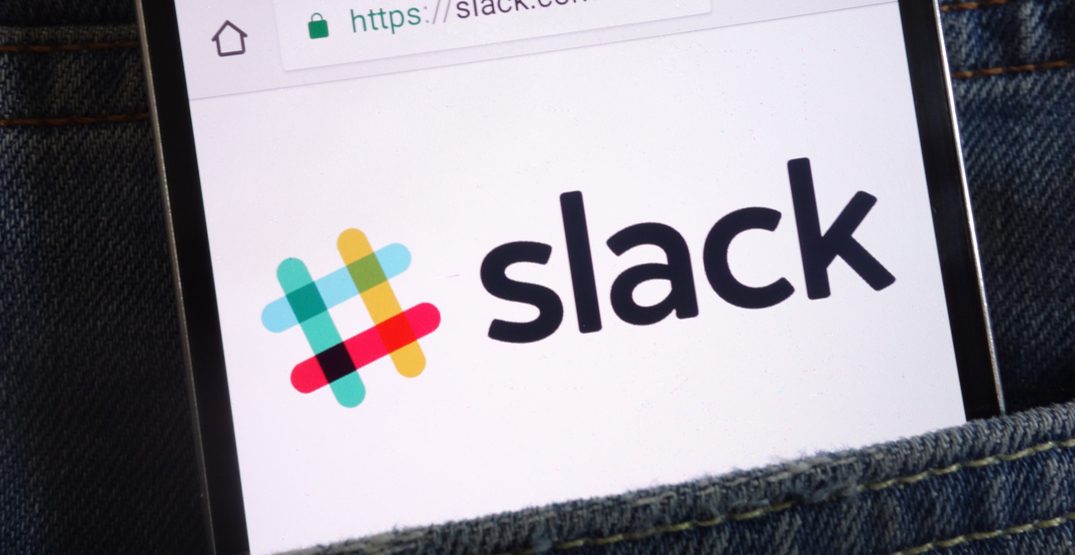 After announcing earlier this year that it was set to go public, Slack, the San Francisco-based messaging platform which has offices in Toronto and Vancouver, will likely list its shares publicly next week. A new report expects the company to be valued between $16 billion to $17 billion.

According to a Bloomberg report, the valuation “is roughly based on the workplace chat and collaboration software company’s projected revenue and current growth rate.”

The expected value “is up from the $7.1 billion in its last private funding round in August.,” the report said. “Investors’ valuation expectations are based on some back-of-the-envelope math: Slack said Monday that it expects at least $590 million in revenue in its 2020 fiscal year, which ends January. That’s a growth rate of as much as 50% compared with the previous year.”

Citing unnamed sources, the Bloomberg report said this “suggests the company could bring in almost $900 million in fiscal year 2021, and investors are looking to value the company at roughly 20 times that projected revenue.”

As of January 2019, Slack, which originally started in Vancouver had more than 10 million daily active users (DAUs) around the world.