Have you ever wondered how long it will take to walk between SkyTrain stations and B-Line rapid bus stops? With warm and sunny weather ahead, a stroll between transit stations could make an enjoyable stroll.

A new map by Pavlo Kalyta, an assistant professor of accounting and sustainability at Queen’s University in Kingston, Ontario, has created a transit station map that shows the walking times between Metro Vancouver’s train stations and B-Line stops.

“My goal is to incite locals to live a more active and sustainable lifestyle and, in passé, to provide practical information to the tourists,” Kalyta told Vancity Buzz. 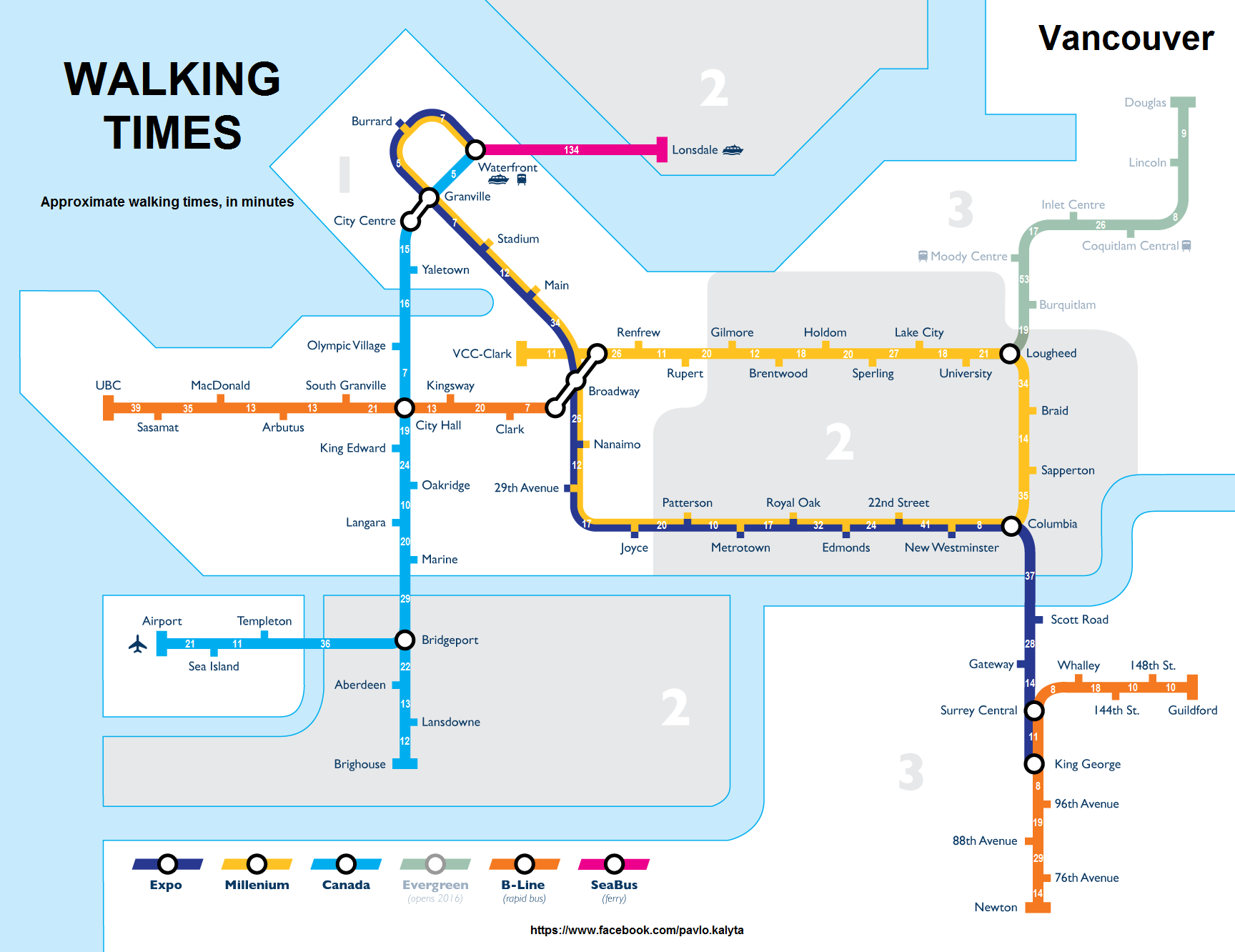 The average spacing between SkyTrain stations, across all three of the existing lines, is approximately one kilometre.

SkyTrain’s stations are generally spaced further apart than the Toronto subway and Montreal Metro, which are also illustrated in maps below with generally shorter walking times between most stations.

However, this spacing has more to do with how Metro Vancouver’s train system mainly serves low-density suburban areas, with stations mostly located at pocket areas of density, while Toronto and Montreal’s systems serve highly urbanized and densely populated areas in and near their downtown cores that necessitate more closely clustered stations.

In essence, Vancouver’s SkyTrain system doubles as both a commuter rail service and an urban rail service. The commuter rail needs of the two other regions are served by comprehensive passenger rail services that reach far into the suburbs, the GO Train in Toronto and the Agence métropolitaine de transport in Montreal. The only equivalent in Metro Vancouver is the West Coast Express, which operates a single-line limited service only in the peak direction.

The average operational speed of the Expo and Millennium lines is 45 km/h, but the Canada Line is 36 km/h due to its slow deceleration and acceleration into and out of stations as well as the long slow section between King Edward and Oakridge-41st Avenue stations. The technology of the two original lines, which uses linear induction motors, also allows for higher acceleration and deceleration speeds.

By comparison, the average speed of the Toronto subway and Montreal Metro is 32 km/h and 40 km/h, respectively. 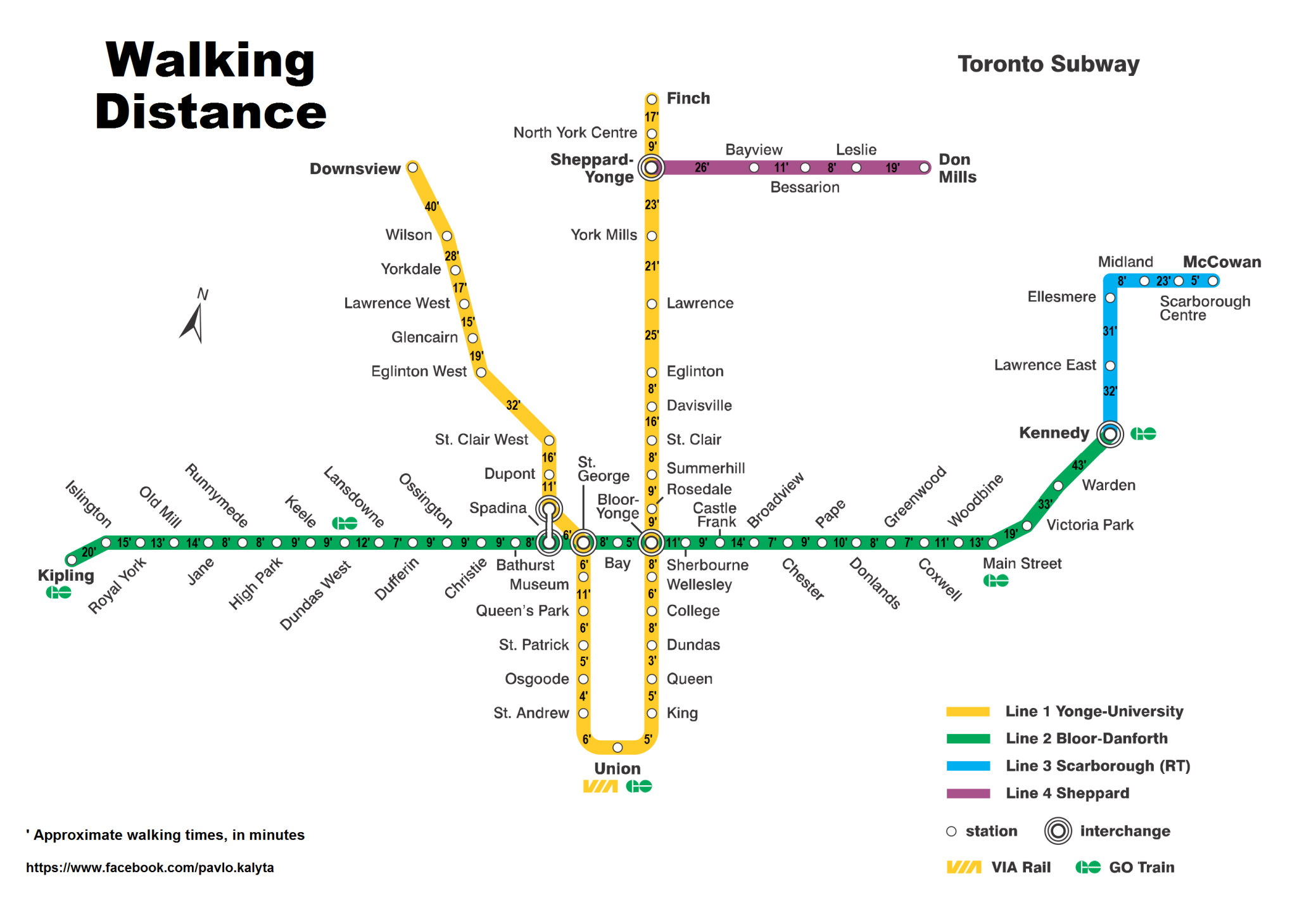 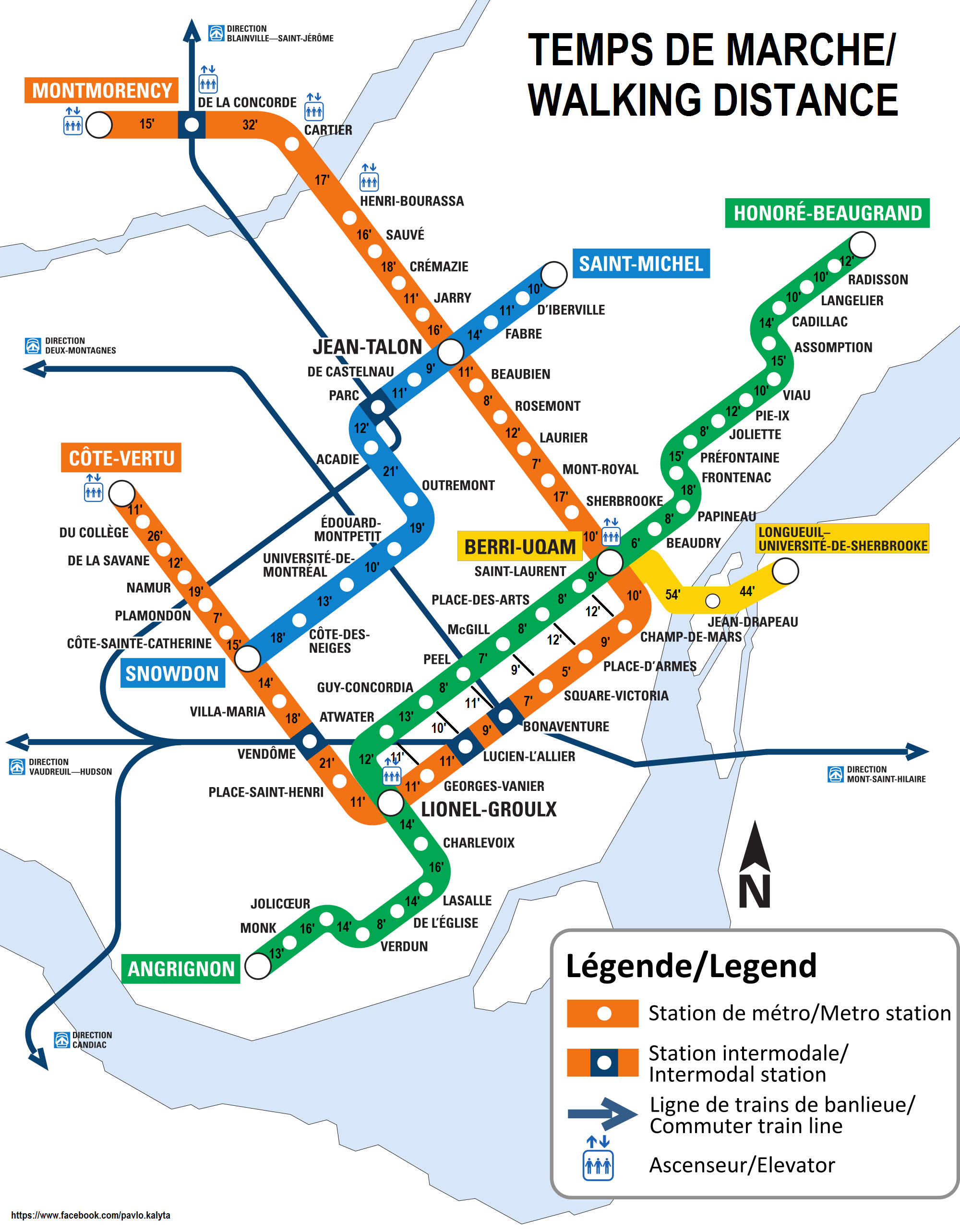