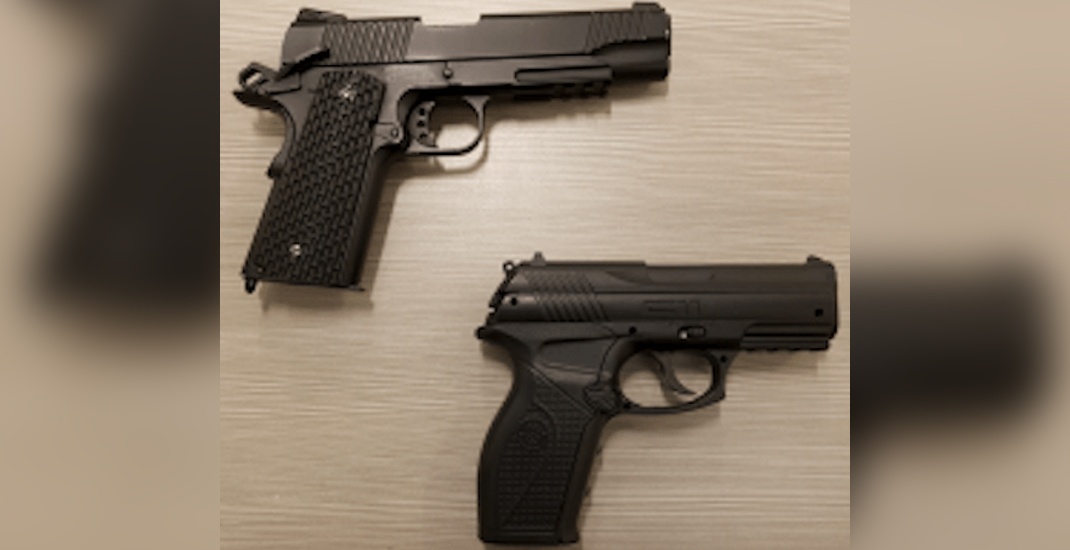 Transit Police are reminding that public that carrying fake firearms on the SkyTrain is never a good idea.

The advice comes after series of incidents took place this week involving replica handguns being found on the public transit network.

The first incident took place around 11 am on February 5, when police received a text message from a SkyTrain passenger saying they had just witnessed a man drop handgun on the floor of the Evergreen Line that heading towards Coquitlam.

Transit – as well as Port Moody – Police met the train at the Moody Centre Station and a 41 year old man was taken into custody, as a result of the incident.

It was then determined that the weapon involved was a black, Crossman C11 BB gun, which closely resembled a firearm.

Around 8:40 pm the next day, Transit Police responded to a report of a man openly cleaning a hand gun on a SkyTrain heading eastbound from New Westminster.

Officers met the train at Scott Road Station in Surrey and found an 18-year-old man with a black .177 cal, BB CO2 pistol, which also closely resembled a legitimate firearm.

Neither of the men were charged in connection with either of the incidents, but both of them were “cautioned,” said police.

“Replica firearms are very often incredibly realistic in appearance and… it is human nature for people to react as if it is a real weapon,” said Transit Police in a release.

In addition to these two incidents, a third replica firearm, a black “Beretta” airsoft pistol, was located in the trunk of a vehicle during a Metro Vancouver Transit Police investigation on February 5, near Surrey Central Station.

“All reports involving a firearm require a police response that can put the public, the police, and the suspect in danger and create fear and panic in public places,” said police.