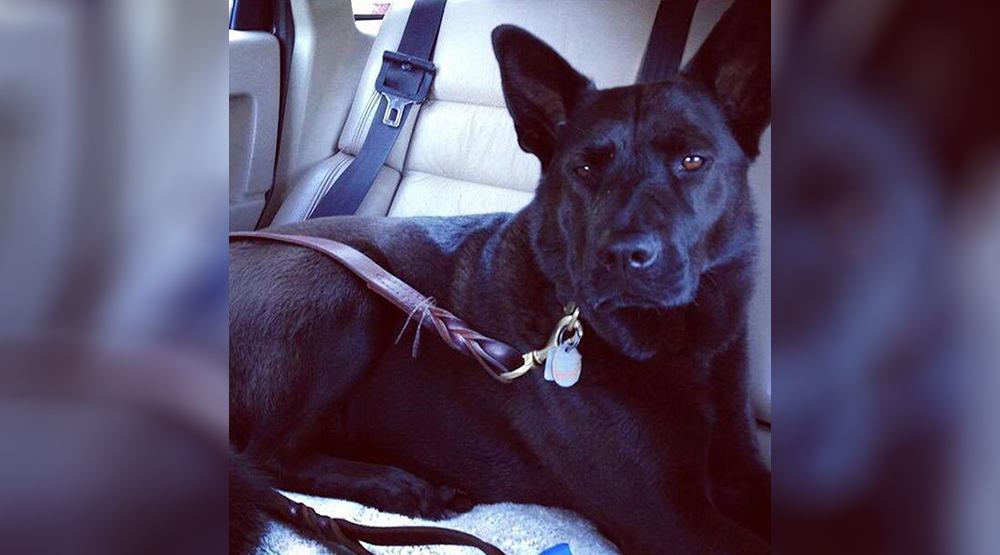 A 70-pound, Chow-Labrador cross named Maggie died on the SkyTrain tracks near Nanaimo Station after being hit by a train early Saturday evening.

“I got a call from my husband saying that someone had let off firecrackers and that Maggie had bolted, probably in my direction because we live on the south end of the park, so he asked me to look out for her,” said Fluevog.

A search for Maggie with the help of neighbours began immediately, and they called their tenants in case Maggie went home so the gate would be open for her.

At approximately 5:30 pm, Fluevog encountered a woman who told her there was a black dog running on the SkyTrain tracks at Nanaimo Station. When they arrived at the station, Maggie was nowhere to be seen and they contacted SkyTrain staff.

A SkyTrain official met them 10 minutes later to let them know Maggie had been struck and killed by a train just beyond the station platform. She was spotted running on the tracks and SkyTrain attendants tried to coax her, but she continued to panic because firecrackers were still going off in the area.

#SkyTrain There are temporary service delays on the Expo Line due to track safety alarm. Thank you for your patience^jd

“All I can say is the SkyTrain staff tried their best and I saw the faces of the guys who witnessed the incident,” she said. “They were ashen and so saddened.”

“We were unable to see her, but the train stopped for awhile, and they sat us down and told us what happened. They were very wonderful and sympathetic.”

Fluevog says her family took Maggie to Trout Lake Park everyday, and there was still plenty of daylight late yesterday afternoon. She is warning other dog owners to walk their dogs early and keep them close and leashed at all times, even when they think it is safe to be off-leash.

“We wouldn’t have let her off-leash if we thought there would be fireworks going off already,” she said. “If this helps another dog stay safe this Halloween, then I guess her death wasn’t totally in vain… I don’t know.”

Maggie was adopted from the SPCA seven years ago, and she would have been 10 years old next month. 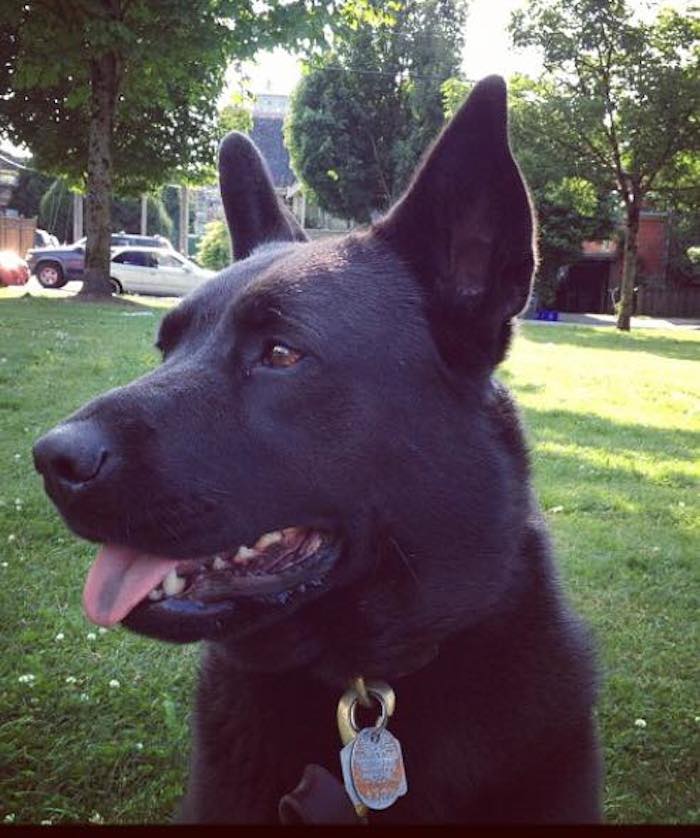