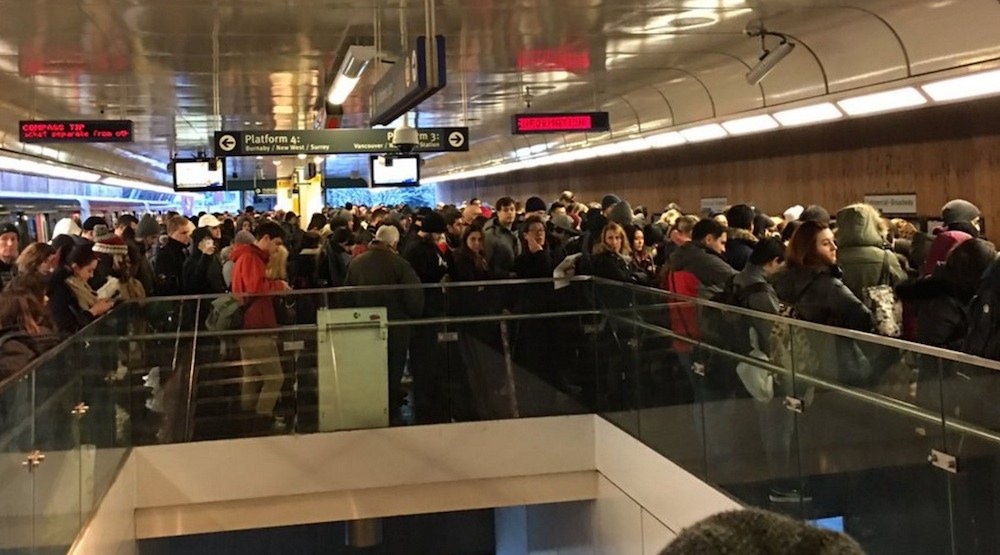 An equipment fire at New Westminster Station on the SkyTrain Expo Line caused major delays throughout the morning.

The incident occurred at approximately 7 am and caused a shutdown of service between Edmonds Station and Columbia Station. The fire was quickly extinguished and there was no risk to customer safety, according to TransLink.

A shuttle bus service was deployed to continue transit service between the affected stations.

Crews were deployed to New Westminster to repair equipment damaged by the fire and restore power to the tracks.

As of 11:15 am this morning, regular service has resumed, but it may take 30 minutes for the congestion to clear.

The Millennium Line and Canada Line were not affected by the incident.