Metrotown Station is set to receive a major $37-million upgrade that will ultimately increase the station’s passenger flow capacity and prepare it for continued high ridership growth.

Crowding, accessibility and circulation is currently a major issue for the station, which is currently SkyTrain’s second busiest station serving 50,000 trips per day plus another 25,000 trips from its bus exchange.

Metrotown Station was built prior to the construction of Metropolis at Metrotown and its design did not account for the possibility that it would eventually serve a dense, growth area and the nation’s second largest shopping centre.

The comprehensive upgrades will also include a new on-street bus exchange below the station to replace the existing bus loop across the street under the Metropolis shopping centre. This will create a direct pedestrian connection between the SkyTrain station and the bus loop.

Vancouver-based VIA Architecture is the principle firm responsible for the station’s designs. It has revealed the conceptual designs of the modified station which will feature “a novel ‘loop truss’ as a contemporary interpretation to the existing station hoop trusses.” 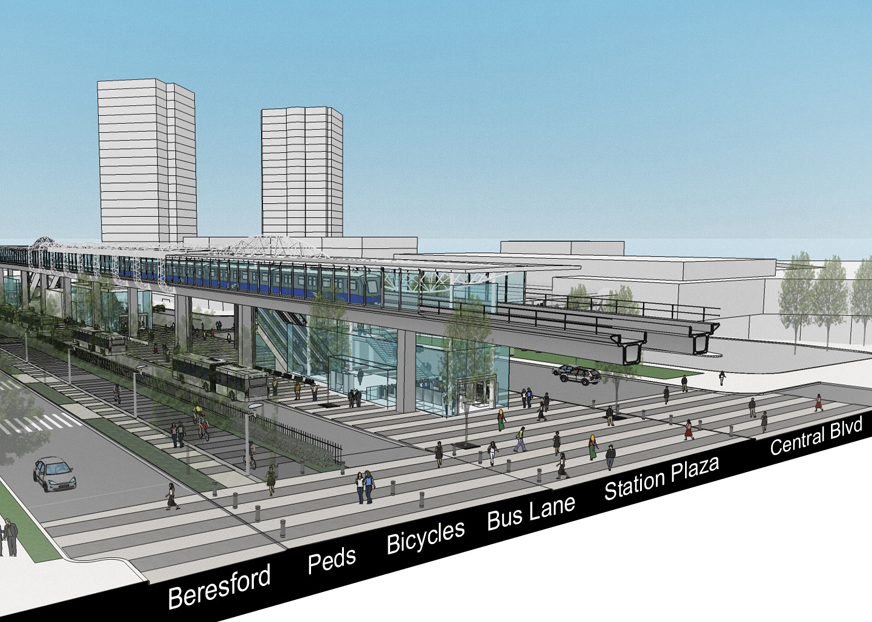 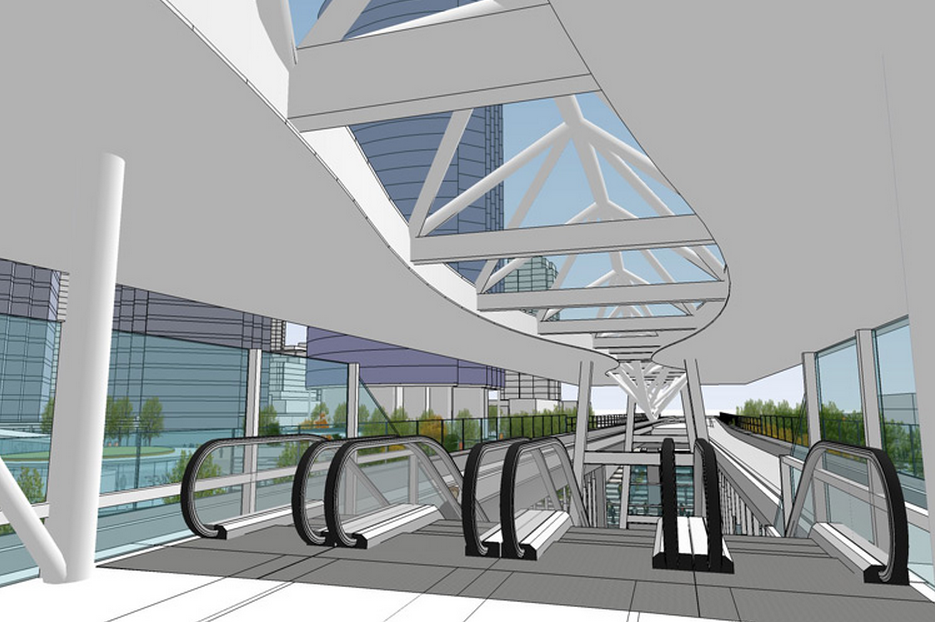 An outline of Metrotown Station’s upgrades: 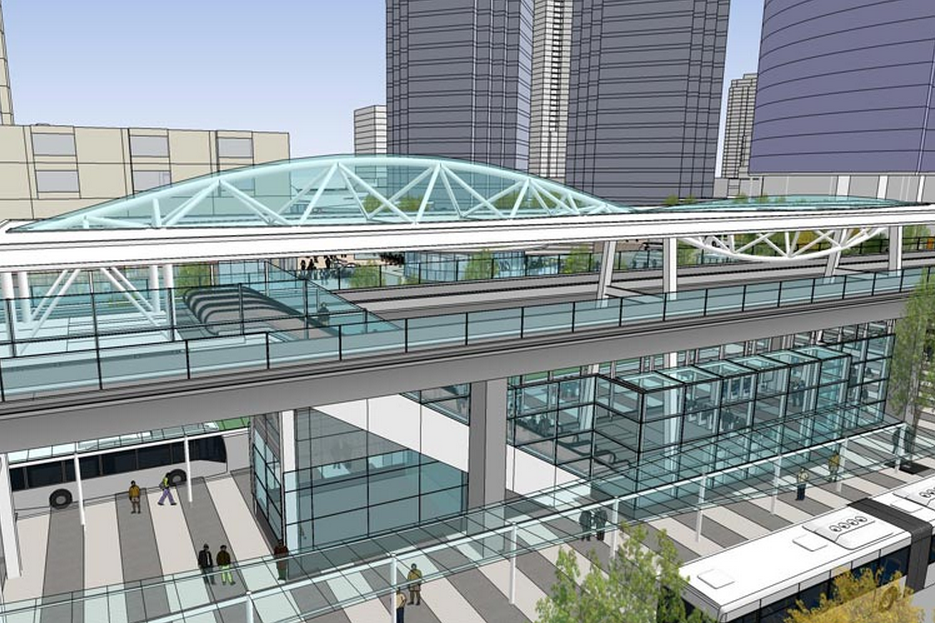 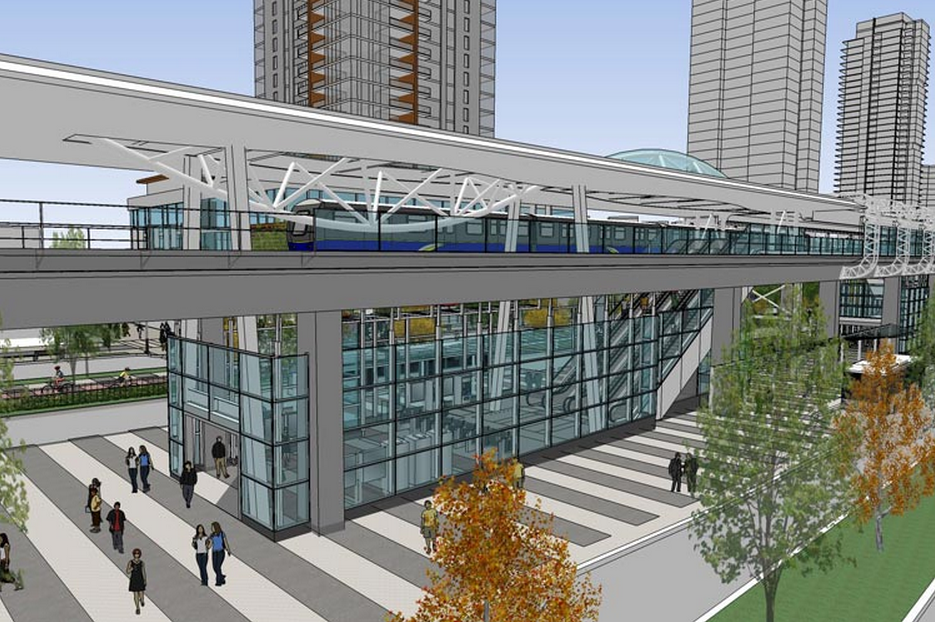 While the plan provides a deeply desired long-term solution to capacity issues found within the station, it also calls for the eventual removal of the direct connection into the station provided by the pedestrian overpass.

No new widened overpasses will replace the existing, narrow crossing. Instead, the existing elevated crossing will be phased out to be replaced by new street-level crosswalk crossings.

Under the new arrangement, both SkyTrain and bus passengers will be required to cross Central Boulevard; high pedestrian volumes crossing the street could potentially create further street-level crossing conflicts between pedestrians and vehicles including the buses traversing in the new on-street bus exchange.

This could also pose safety issues, create delays to bus schedules and cause additional road congestion in the area. Accessibility to and from the shopping centre could be hampered, frustrating and inconveniencing everyday passengers. 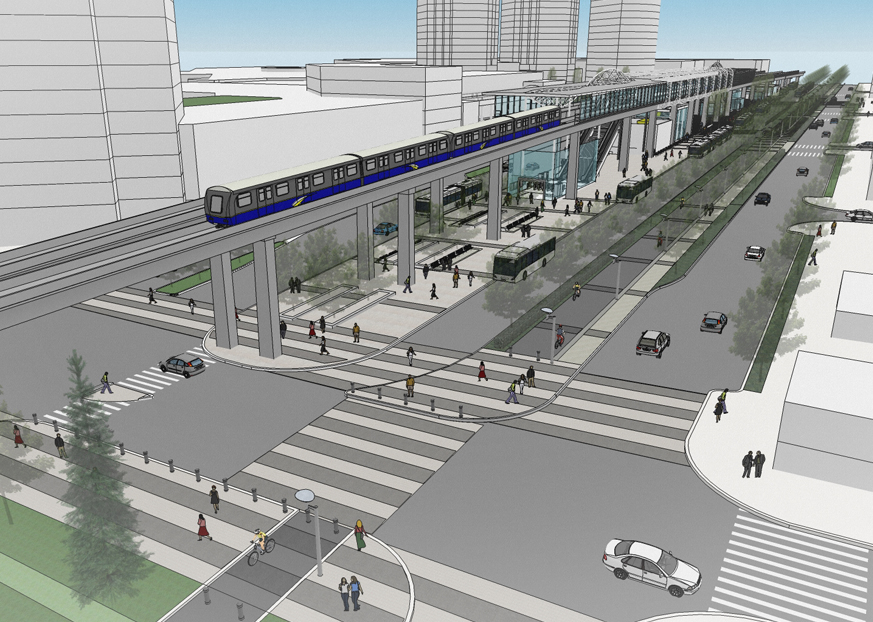 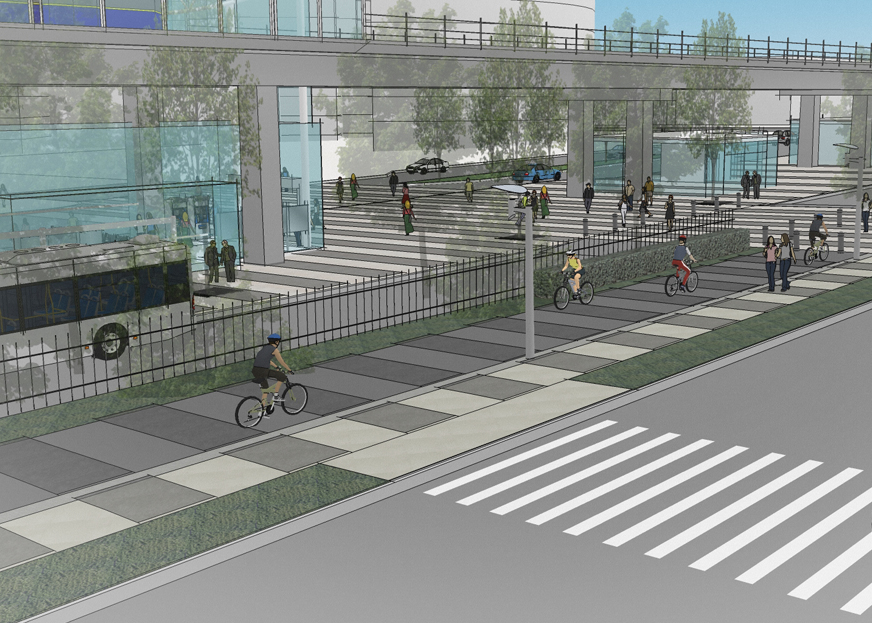 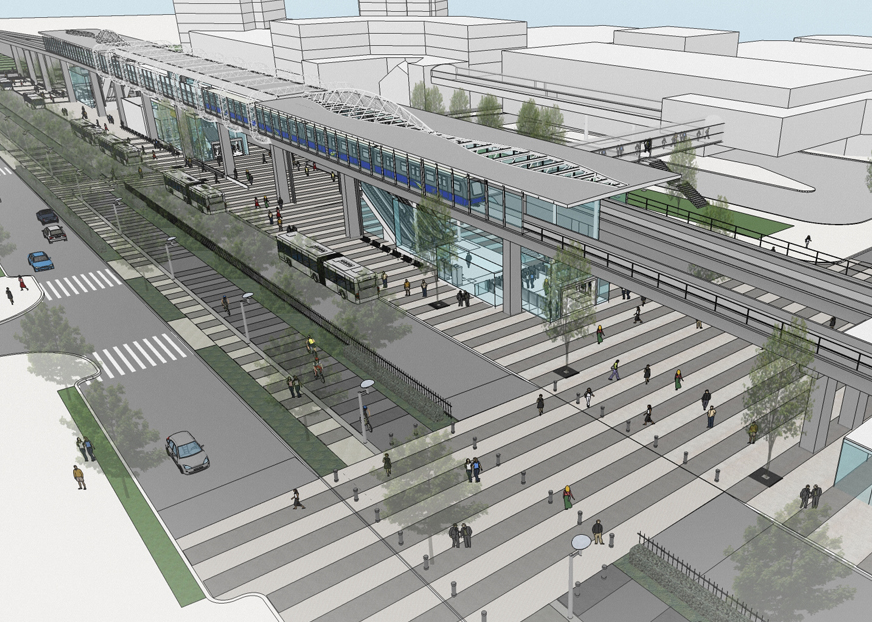 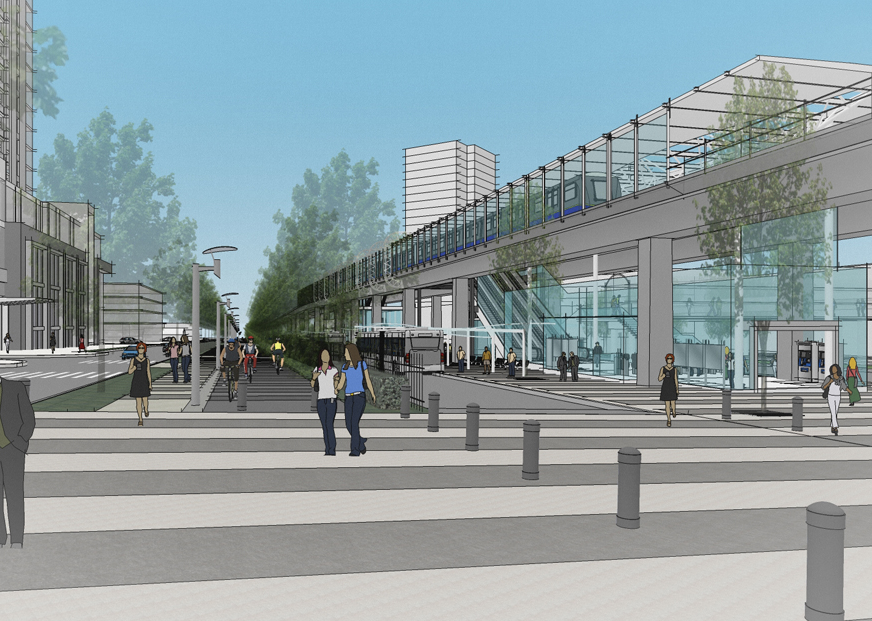 Construction on the station is expected to begin in 2014 for a summer 2016 completion. The project is jointly funded by the federal government ($10.5-million), the provincial government ($21-million) and TransLink ($6-million). The upgrades are all part of the TransLink’s Expo Line station renewal upgrades which will encompass Commercial-Broadway Station, Joyce-Collingwood Station and Main Street-Science World Station which is currently undergoing a major $30-million upgrade.

What are your thoughts on the plans for the upgrades? Let us know by commenting below.

Editor’s note: these renderings depict conceptual designs of the station.