Metro Vancouver’s public transit authority is asking passengers to plan ahead and allow extra travel time today if they are using the SkyTrain Expo Line.

TransLink says ongoing rail replacement work of the aging Expo Line tracks requires reduced service throughout much of Sunday – from start of service until 3:30 pm.

Allow for 15 to 20 minutes of extra travel time if you are using the Expo Line during this period.

Contracted crews are replacing running rail along a curved section of the track just west of Main Street-Science World Station. The 15-hour project that began Saturday at 10:30 pm necessitates pre-bending the new rails before it is lifted by crane up to the track level.

To accommodate the maintenance work, Expo Line trains will use one track in both directions at Main Street-Science World and Commercial-Broadway stations.

There will be additional shuttle trains running between Waterfront and Commercial-Broadway stations to help alleviate overcrowding.

As well, Expo Line trains will only be travelling to King George; a special Millennium Line train will run between New Westminster and VCC-Clark stations for passengers who need to travel between Columbia and Production Way stations. 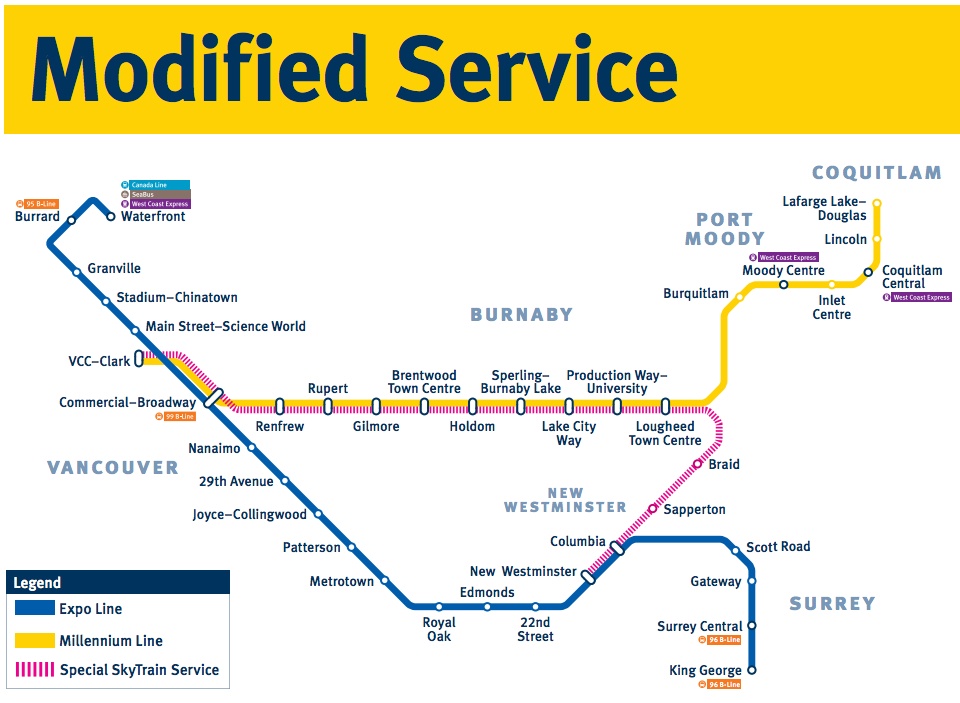 Modified service route of the SkyTrain network on Sunday, September 24, 2017 until 3 pm. (TransLink)