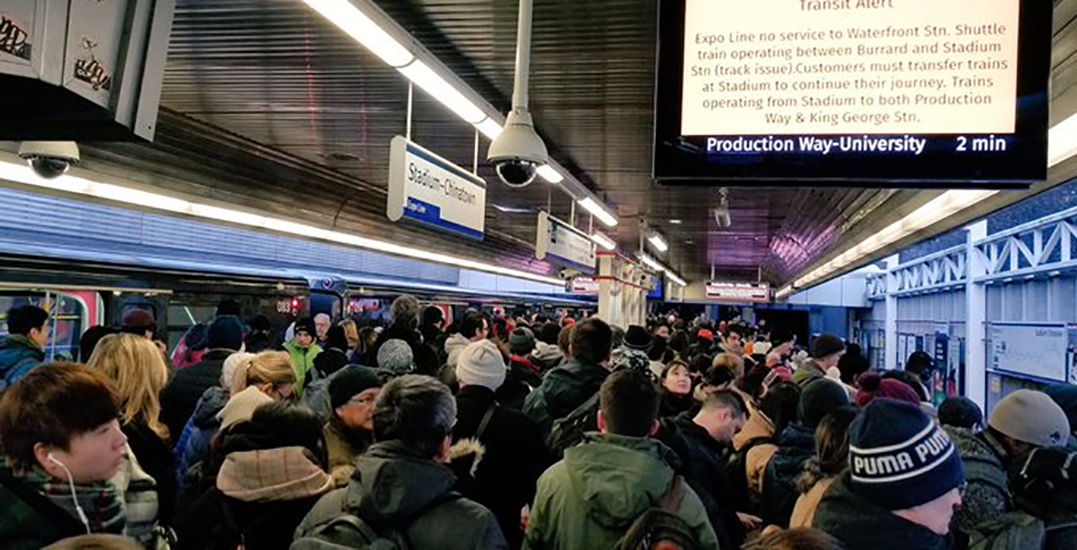 SkyTrain passengers should expect delays this morning or seek alternate routes as the Expo Line is currently experiencing track issues.

TransLink announced the problem before 8 am and says that no Expo Line trains are moving between Waterfront Station and Burrard Station in either direction.

A bus bridge is currently being set up and a shuttle train is in place between Burrard Station and Stadium-Chinatown Station.

“This means customers travelling in or out of the downtown area will need to disembark at Stadium-Chinatown Station and switch trains in order to continue their journey,” says Ben Murphy, TransLink Spokesperson in an email. “There is currently no Expo Line Service in or out of Waterfront Station. We will be deploying additional bus services to assist passengers.”

#SkyTrain UPDATE: Expo Line shuttle train in effect between Burrard to Stadium Station due to track issue as of 7:50am. Customers must transfer trains at Stadium Station to continue their journey. Canada Line and Millennium Lines are operating normally. ^MR