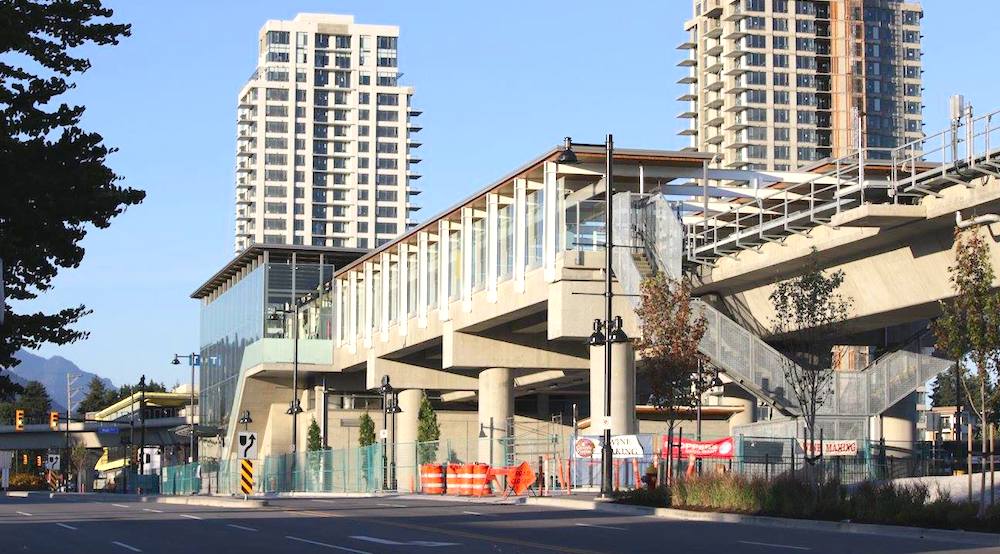 After much delay, the Evergreen extension of SkyTrain’s Millennium Line will open before Christmas Day 2016, but a specific date for when the 11-kilometre-long extension will officially begin operating has yet to be announced.

Plans to open the $1.43-billion project in the summer of 2015 were hampered due to geotechnical issues with the two-kilometre tunnel boring project. Tunnel boring began in March 2014 and was originally scheduled for a completion within a 200-day timeline, but the process took more than three times longer – 620 days, to be exact.

The plan to open the extension was then pushed to fall 2015, then early 2017, before being pulled earlier to late 2016. The project is currently 90% complete, with contractors now working on completing station finishings and rolling trains onto the new track to test the new system.

Evergreen extension of the Millennium Line.

The Evergreen extension consists of six stations, excluding the new third platform at Lougheed Town Centre Station, and runs through Port Moody and Coquitlam. When operational, the existing SkyTrain routes will be rerouted: Millennium Line trains will run from VCC-Clark Station in Vancouver to Lafarge Lake-Douglas Station, via the new switch at Lougheed, and Expo Line trains will run from Waterfront Station to King George and Production Way-University stations. 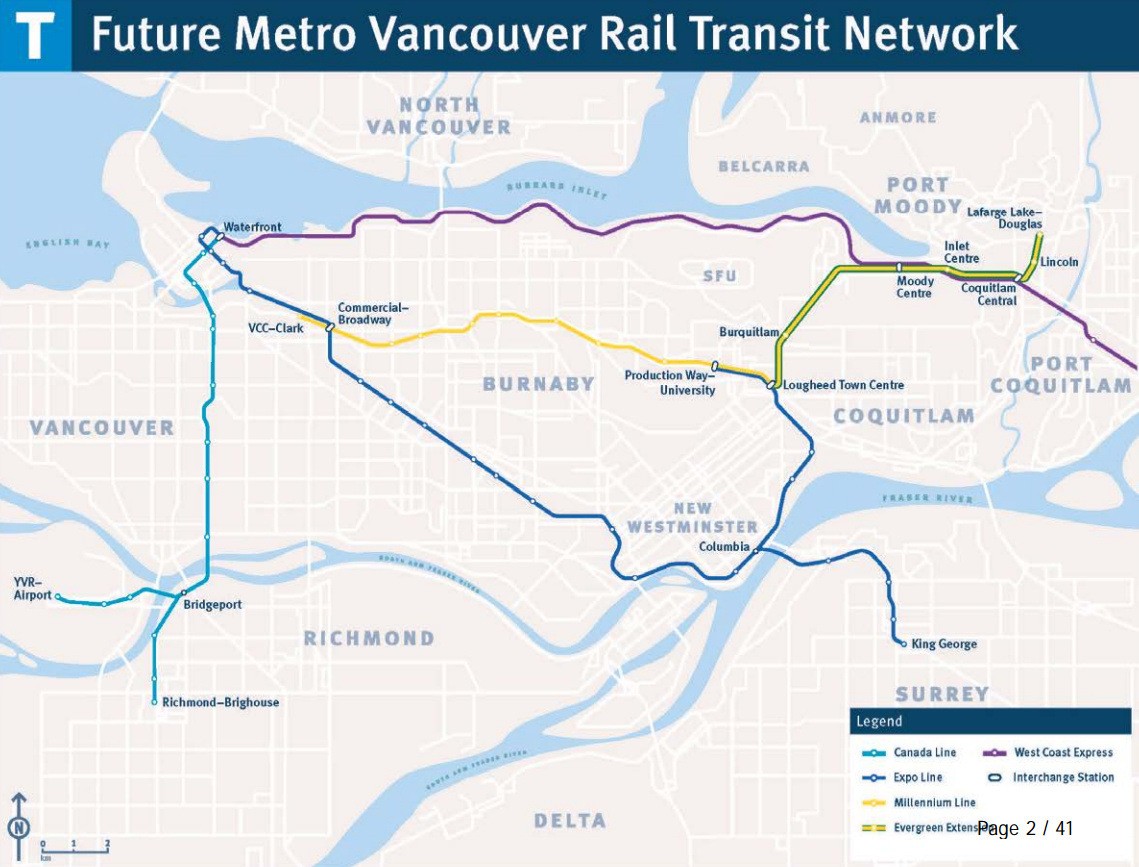 Passengers will be able to take a one-train ride from VCC-Clark to the new Coquitlam terminus in approximately 35 minutes while the journey on the new span, from Lougheed to Lafarge Lake-Douglas stations, will take about 15 minutes.

“The opening of the Evergreen Line will provide British Columbians with yet another more efficient and sustainable travel option in the Metro Vancouver region on what will be the longest fully-automated rapid transit system in the world,” said Minister of Community Sport and Cultural Development Peter Fassbender in a statement.

“This milestone achievement is to be celebrated not only for the transportation needs it meets but also for providing the necessary support to enable the growth of affordable, interconnected and sustainable communities in the region.”

Construction on the project, overseen and managed by the B.C. Ministry of Transportation, began in May 2012. Any construction overruns incurred by the project are within the responsibility of the private contractor, SNC-Lavalin. The tunnel boring project was subcontracted to SELI, the Italian tunnel building company that also built the Canada Line’s bored tunnels.

TransLink will assume full responsibility for the operations of the new system upon the completion of the construction phase.

It is anticipated that about 50,000 riders will use the Evergreen extension on a daily basis upon opening, and ridership will grow to 70,000 riders per day by 2021.

Bus routes in the Northeast sector of the region will be integrated with the new SkyTrain extension ahead of the opening. There will be 650 park and ride spaces at the new stations, including a 415 space facility at Coquitlam Central Station, 150-space facility by Lafarge Lake-Douglas Station, and 85-space facility at Moody Centre Station.