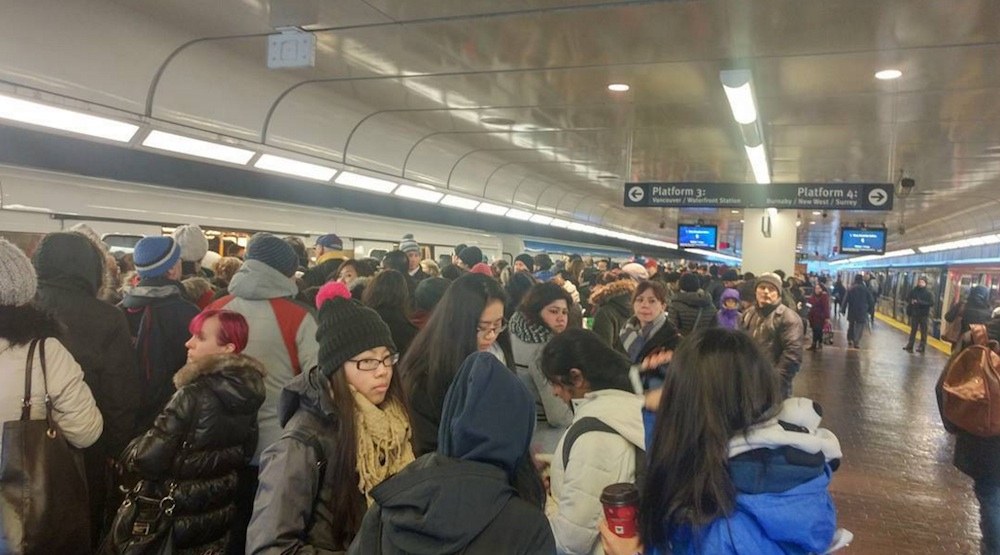 There are currently major delays on SkyTrain’s Expo Line due to a loss of power on a span of the system in New Westminster, according to TransLink.

The issue began at approximately 2:30 pm today when the section of track between Columbia Station and New Westminster Station lost power in both the inbound and outbound directions.

TransLink says it is implementing bus bridge shuttles from Scott Road Station in Surrey to 22nd Street Station in New Westminster and from Sapperton Station to Columbia Station.

The Millennium Line and Canada Line are not affected by the Expo Line disruptions and are running normally, but there may be heavier than usual volumes.

At this time, it is not known when regular service will resume, but passengers should expect a minimum delay of 30 minutes if they need to travel on the Expo Line.

Some passengers were spotted exiting the train and walking on the tracks in New Westminster, but TransLink spokesperson Anne Drennan told Daily Hive that they were safely evacuated under the order of a SkyTrain attendant. No passengers broke out of the trains.

Four trains with passengers were stopped, and three of these trains were at the station platforms while one train was stopped between Columbia and New Westminster stations, requiring an attendant to evacuate.

Passengers can only exit a train under the direction of a SkyTrain attendant and Transit Police or if there is an immediate emergency such as a fire; passengers who force train doors open could be fined up to $230 and charged for a criminal offence.