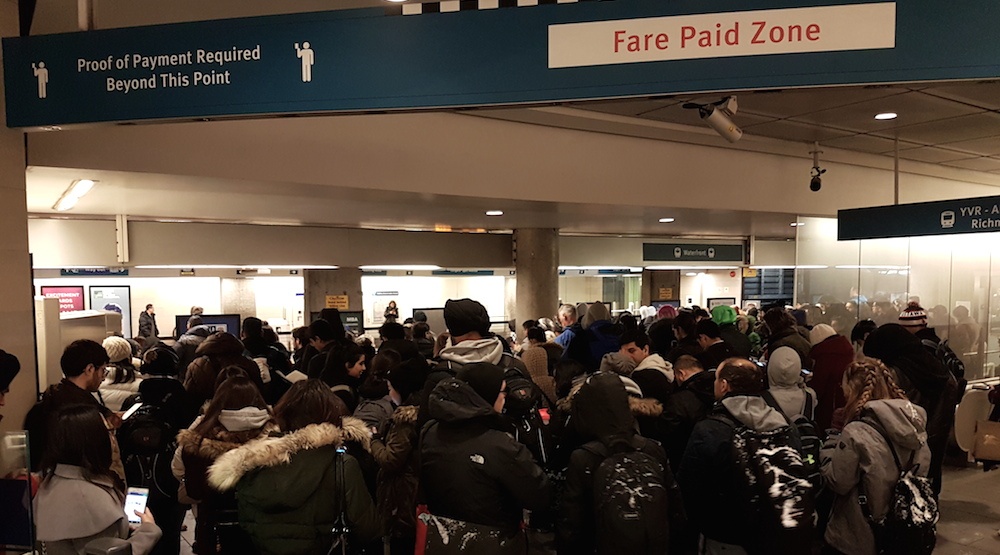 Transit passengers using SkyTrain’s Canada Line are being told to expect major delays due to a mechanical problem.

TransLink says there is no train service across the system’s Fraser River bridge, between Marine Drive Station and Bridgeport Station. The issues initially began at approximately 11 am, with service operating with delays on a single track, but that has since devolved into a complete shutdown in service between Vancouver and Richmond.

A bus shuttle is operating between the two affected stations, and additional Canada Line security and Transit Police have been deployed to ensure passenger safety and crowd control.

There is no estimated time on when regular train service will resume.

On social media, some passengers say they have been stuck on a problem train for over an hour.

Travellers planning to ride the train to YVR Airport should consider other options.