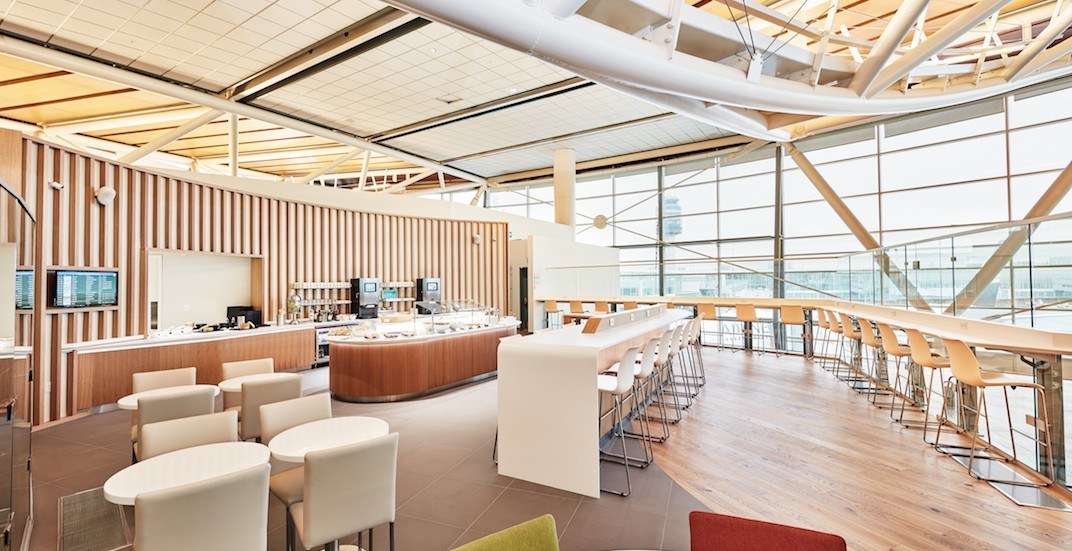 SkyTeam’s new lounge at Vancouver International Airport (YVR) made its debut last week, marking the global airline alliance’s seventh lounge in the world and the first in North America.

According to a release, the 5,600-sq-ft lounge is located near Gate 53 in the international terminal’s new duty free area.

It has two separate wings – connected by a footbridge – on an upper level overlooking the terminal concourse, with floor-to-ceiling windows and panoramic views of the runway. There are seats for 126 passengers. 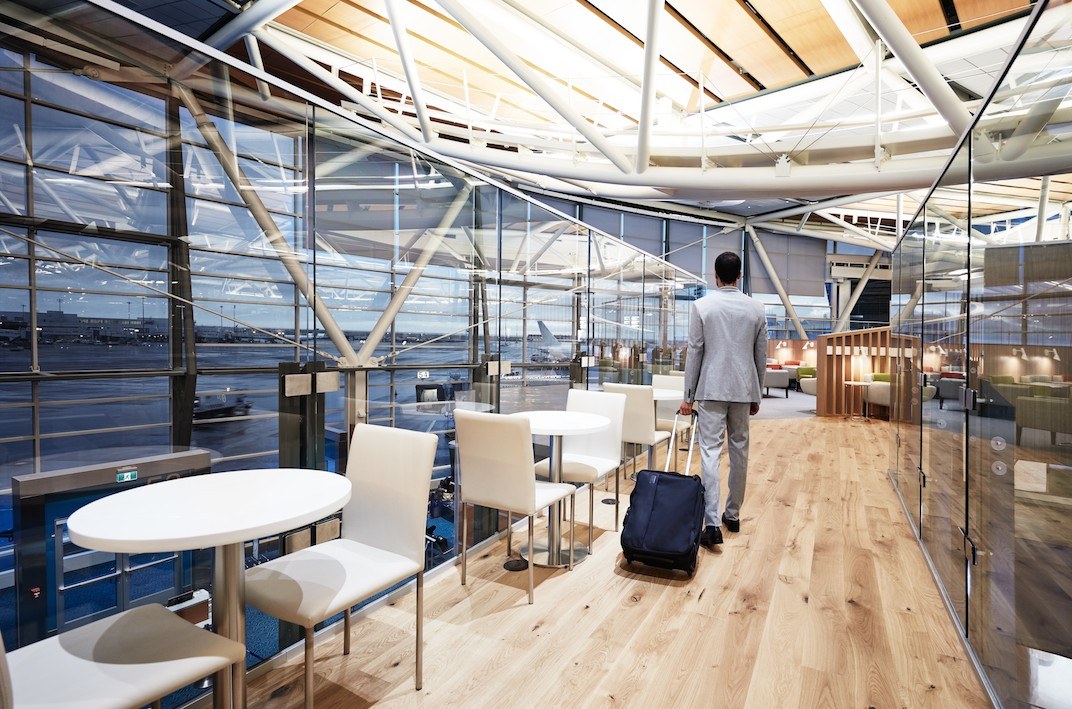 “YVR prides itself on offering exceptional customer experiences and we are thrilled to now have a SkyTeam branded lounge as another premium amenity available to passengers travelling through our airport,” said Scott Norris, Vice President of Commercial Development for the Vancouver Airport Authority, in a statement.

“We are proud that SkyTeam chose YVR as their first North American location to showcase their lounge product. This demonstrates our strong partnership and reinforces that YVR is internationally recognized as a top airport.” 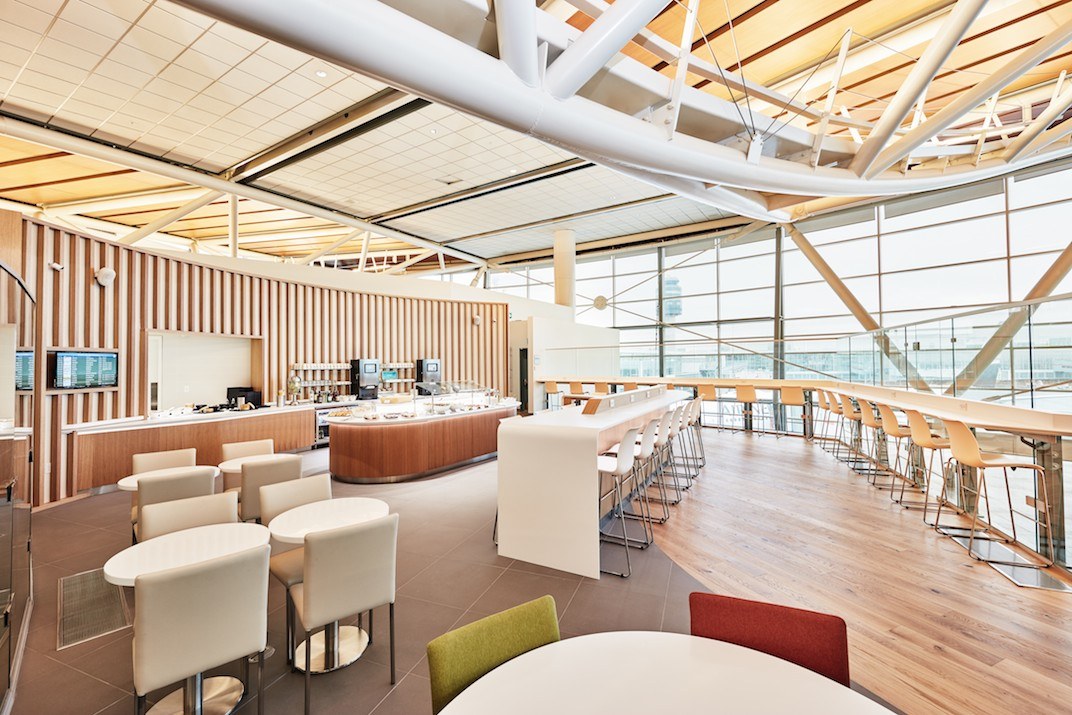 There is a noodle bar for made-to-order meals cooked by an in-house chef.

Additionally, the lounge has a wide range of beverages, including beers from local microbreweries and a selection of wines from local vineyards.

Aside from the food and beverage area, passengers can also catch up with work in a dedicated business area or watch the latest news in a separate TV room. 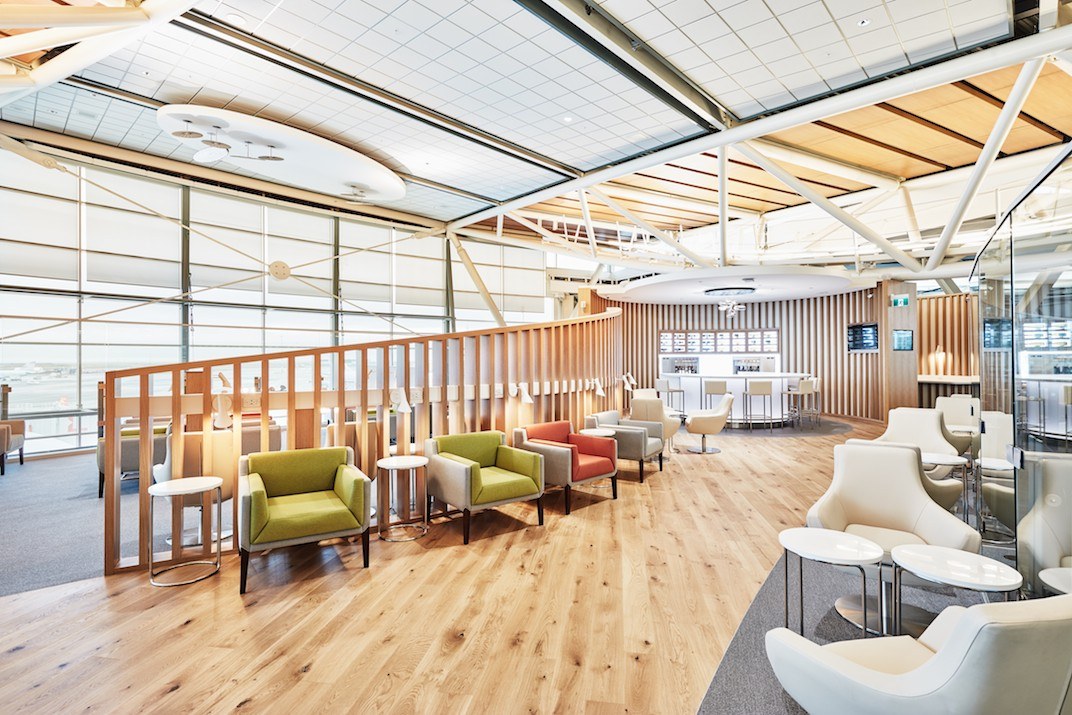 Upper class passengers on these airlines’ combined 75 weekly departures will have access to the new lounge.

The new SkyTeam lounge at YVR is the airport’s 10th premium lounge. Air Canada has three lounges, including the new Maple Leaf Lounge that opened in September. There are also four Plaza Premium Lounges, a British Airways lounge, and the recently renovated and expanded Cathay Pacific Lounge. 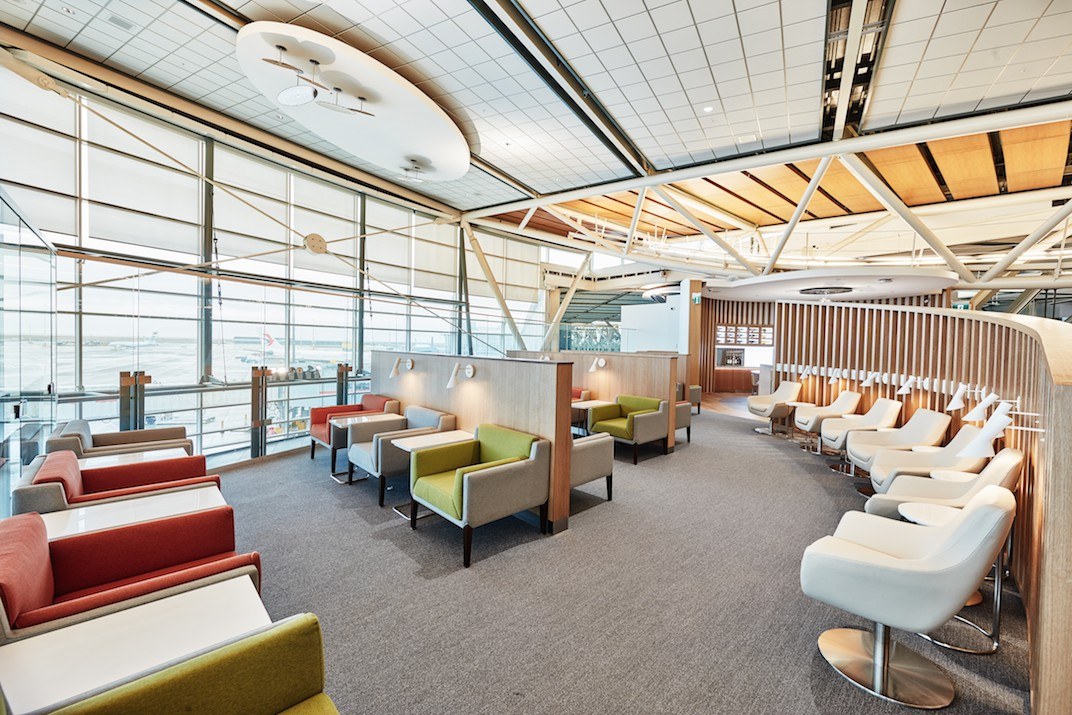