The Vancouver Police Department has released a sketch of a man who allegedly exposed himself to a 13-year-old girl at English Bay last week.

On July 2, the young girl was spending the afternoon at the beach with friends. When her friends left to get something to eat, she stayed behind to watch their belongings. Once alone, she was approached by a man who struck up a conversation and asked her a number of personal questions.

The man made this young girl very uncomfortable and despite her efforts to ignore him, he continued with the inappropriate conversation. The suspect then exposed himself to the 13-year old.

A search of the area by police turned up no sign of the man and follow-up investigation has yet to result in an arrest.

Police are now releasing a composite sketch of the suspect and a tattoo on his left upper arm in an attempt to identify him and move the investigation forward. He is described as white, about 40 years old, 5’8″ tall, 190 lbs., with short brown hair and brown eyes. 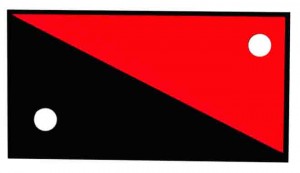