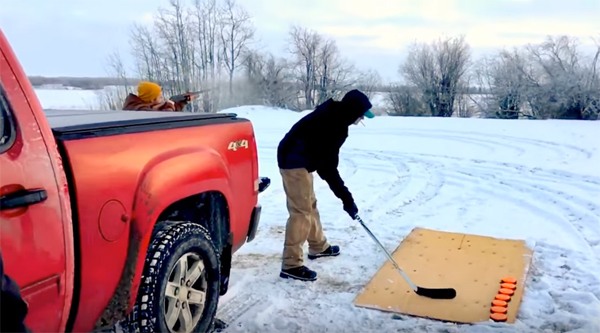 Canadians are once again proving that we rule winter.

Already this season we’ve seen dance numbers in the snow and a coffee run on a zamboni.

Canadian skeet shooting, eh! City boy from Calgary out in the Peace Country, tried skeet shooting for the first time – pretty good shot for a rookie! Figured we’d put a twist on the skeet launcher and play a little stick puck!

True North ingenuity is already responsible for the invention of basketball and ice hockey. Could this be next!?