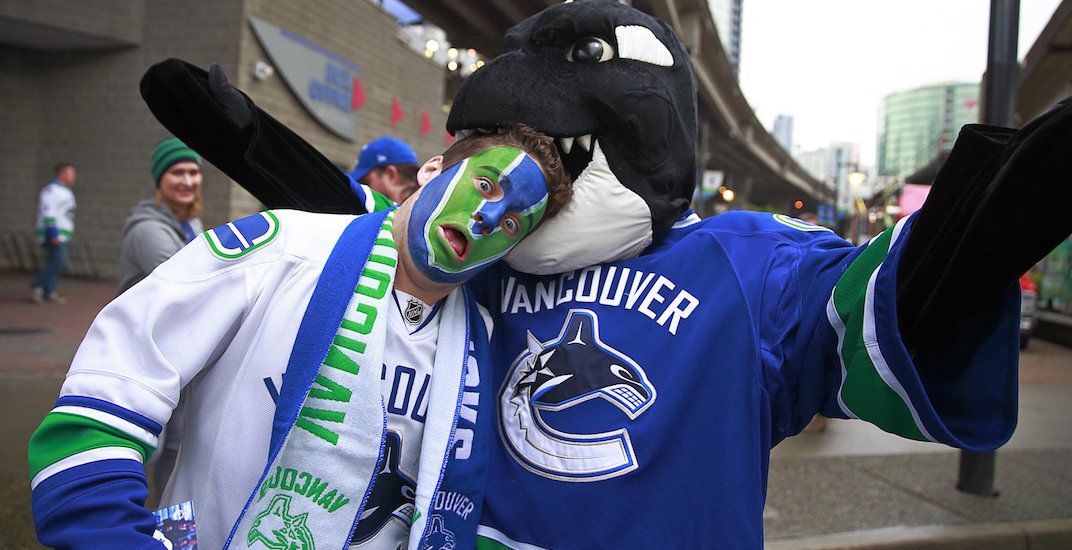 Look at this chart. Study it closely. When you do, you’ll see the harm the Canucks did to their chances of getting a higher draft pick with their win over the Ducks on Tuesday (they moved from 29th in the NHL to 27th). 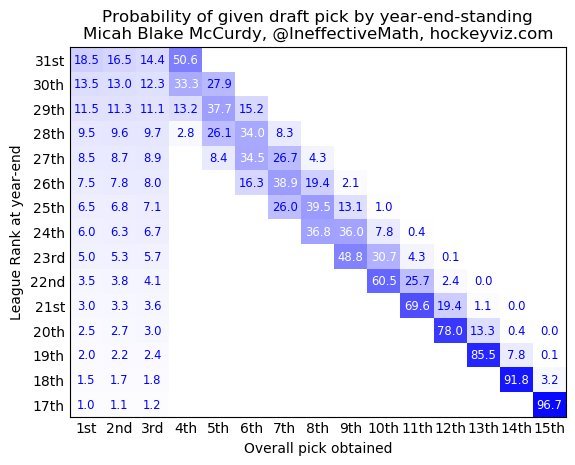 You can see that according to the odds, they’re now most likely to be drafting at 6 or 7. Before Tuesday’s game they were looking at 5 or 6.

Now look, I’m not here to tell people how to cheer. I have no right, and honestly, there is no right or wrong. I understand how a casual fan, or someone who is finally able to attend a Canucks game for a reasonable price, is cheering for their team to win.

I will say the most hardcore and educated fans (that combination is important here) have good reason to hope this team doesn’t win another game this season.

It’s simple: high draft picks are the only way out of this mess the Canucks are in.

Winning is better than losing. That’s the whole thing about sports. No matter what. Win.

I’m not trying to single out Walker or rip him here. He is not even close to alone with this take – all the hosts on Sportsnet 650’s post-game show seemed happy about Tuesday’s win. Let’s also give Walker some credit – it took guts to throw this anti-tank tweet into the burning inferno that was Canucks Twitter after the Ducks game.

But the take’s not right.

Winning is all important? Having a losing culture ruins players?

Want to know a player who endured years of losing and is now having an MVP quality season because he’s finally got some decent talent around him? Taylor Hall.

Want to know another? Nathan MacKinnon.

Want to know another who will be fine despite going through hardship now? Connor McDavid.

On this Canucks roster, who are we worrying about with this “winning is always the best thing” anyway? Bo Horvat? Brock Boeser? Maybe Troy Stecher?

Really Horvat and Boeser are the only members of the future core of this team. They’ve already shown they won’t be ruined emotionally by enduring a losing culture.

Heck, according to the Sedins, it may even make them more resilient.

I don’t blame the players for trying to win these games. That’s their job. Good on them. But don’t tell me it’s good for the franchise. Just don’t. #Canucks

Don’t blame the players for trying to win. A guy like Alex Biega is only going to be pushed out of this team once the draft picks come along, so tanking is not in his best interest anyway.

But saying winning is all important right now?

If you still are, that chart above is just sitting there, asking you to understand what it’s saying.

Time to follow up my “don’t blame the players” with a hilarious call to Sportsnet 650 radio where the caller is blaming the players, amongst others.

Now, my inclusion of this does not mean I’m endorsing his thoughts. I do understand the anger, though.

This is a Canucks fan (a well known one on the sports radio airwaves), who like many, is tired of losing and tired of watching the team be one of the worst in the league year after year.

“I am squarely on team tank, this team needs high draft picks, and now these guys are screwing it up. Every year they do the same thing.

Again, we’re not endorsing his views.

Switching gears, Adam Gaudette will make his Canucks debut Thursday. This is good because Canucks fans need something to be excited about and for some reason Tuesday’s Loui Eriksson autograph-signing session didn’t do it for them.

Did you see this video of Gaudette with his family when he was drafted by Vancouver?

Congrats on @Hockey_Gaud on getting drafted by the Vancouver Canucks pic.twitter.com/ZNZppJjuau

More importantly, did you notice the sighing “aw man” someone lets out right at the start of it?

I have questions: Is having a team with “culture carriers” all that important? Do players need to develop in a winning environment to become winners down the road? What about mentors?

Trevor Linden and Jim Benning obviously value all these things and they have put considerable effort into including them on the roster while they rebuild this team.

Thing is, if Boeser had been drafted by, say, the Sharks, we’d credit Joe Thornton with showing him the ropes. If he’d gone to the Canadians, we’d laud Carey Price for exemplifying professionalism.

Guys like Boeser and Horvat would find mentors or answers wherever they played. Why? They have the talent and the internal drive within themselves to want to succeed.

I’m not trying to rip Jake Virtanen here, but strangely enough, no matter how many mentors and culture carriers the Canucks have, he hasn’t yet played up to his draft pedigree.

So who should you direct your anger at for Vancouver’s failed tank attempts?

They get blamed for everything else. They’re used to it. They can handle the pressure.

Normally so calm under pressure, it's surprising Hank lost his head during tonight's game.

(Turns out he didn't hold up well to the repeated head twisting by a 6 year old) pic.twitter.com/ohE6mGiMZc