Of course, you knew this because it’s kind of a big deal.

Bouchard has played Sharapova twice in her career — both last year — losing both matches in straight sets.

But a lot has changed in the past year: Prince George became more than just a small town in B.C., Rob Ford is now as famous as Kim Kardashian, the Canucks threw away two incredible goaltenders, and Genie is a lot better at tennis.

Here are six reasons why Bouchard is ready to win against Sharapova now.

“Genie is a much better athlete now than she was then, she’s stronger mentally, and her shots are heavier, faster and more powerful, and that’s crucial when you play Maria Sharapova… She moves a lot better than she used to, she’s a year older and has a lot more experience under her belt.”

Genie first met Sharapova when she was eight and Sharapova was 16. Look: 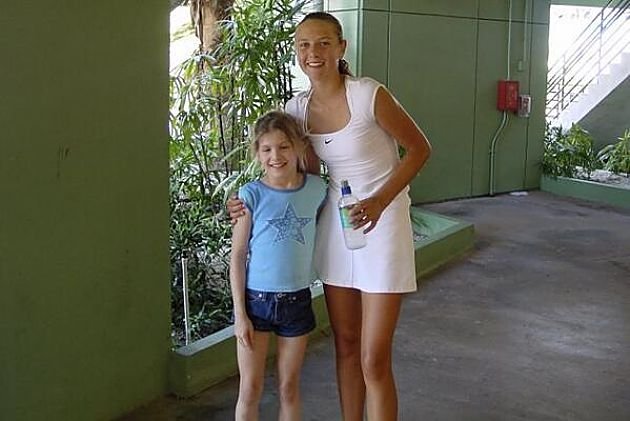 Genie and Sharapova did a Nike photo shoot together in January 2013. This picture was taken: 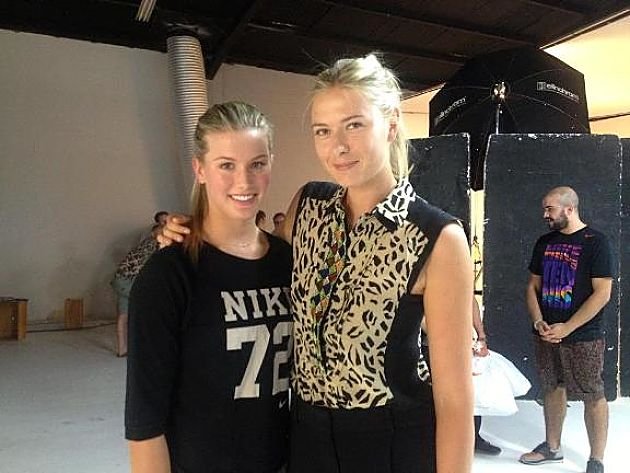 “Well, first, I mean, you know, we’re not friends, so there is that. Yeah, of course as a child I looked up to her and I remember watching her in the finals of Wimbledon (in 2004) and, you know, thought what she was doing was so cool and I wanted to do the same thing.”

The claws are out.

4. Maria is NOT Genie’s idol

This article on the Huffington Post explicitly says Bouchard started playing tennis because of Sharapova. But there’s one big problem with their statement. Look closely: 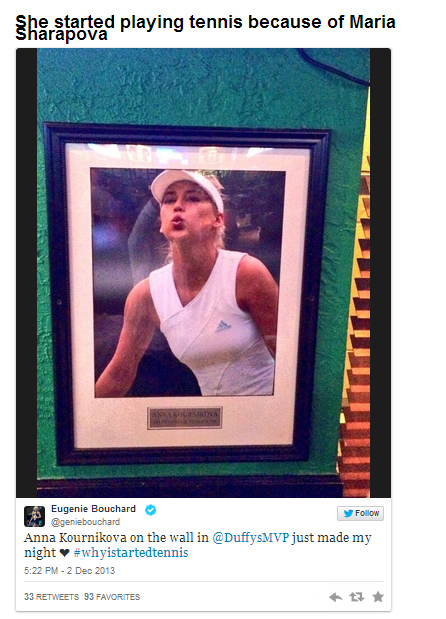 Helen Kelesi was the last Canadian woman to play in a French Open semi final. It was in 1989. Asked about Genie, she said (from The Star):

“She just plays point by point. She fights for every point, she wants every point… That’s really what great championships are made of.”

Kelesi says Bouchard has what it takes.

6. She learned from her first major semi final

Bouchard lost to eventual tournament champion Li Na in the Australian Open semi final earlier this year. Her thoughts on what she gained from that experience (from an interview with TSN):

“I learned a lot. It was my first semi final in Australia and I was a little bit frozen at the beginning of the match. Playing big matches like that will help me in the future. I’ll be much more ready this time.”

There you have it. Most important of all – Genie says she’s ready to beat Sharapova.