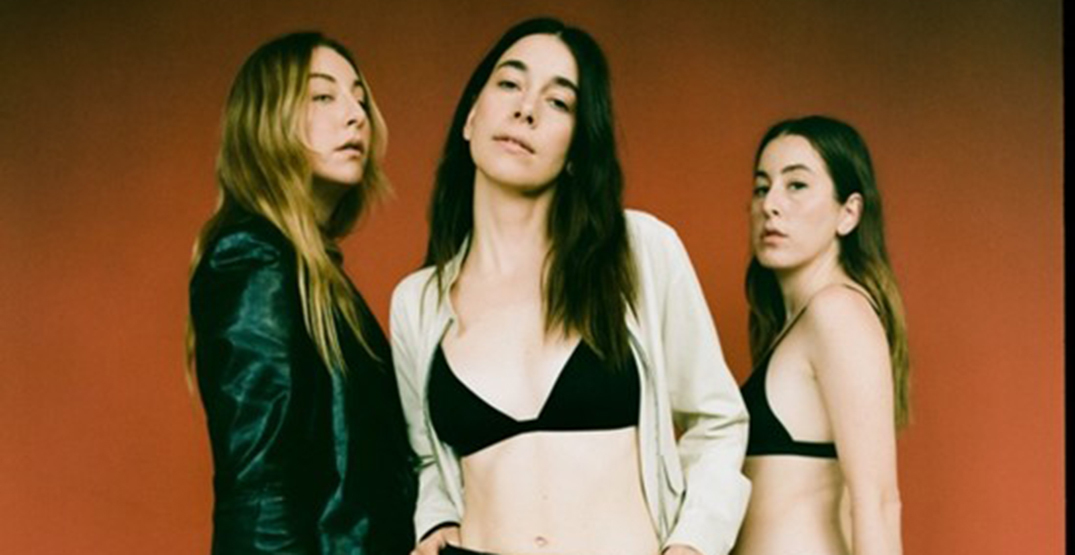 Vancouver, your favourite sister act is officially returning to the city. The Southern California-based trio is embarking on their North American tour for spring and summer 2022 in support of their latest album, Women In Music Pt. III.

Bringing the sunshine to us up north this June-uary, HAIM is hitting Vancouver on Friday, June 10, 2022, with a show at the Doug Mitchell Thunderbird Sports Centre.

HAIM’s headline show in Vancouver will be one of the two Canadian stops the One More HAIM Tour makes, the second of which will be at Toronto’s RBC Echo Beach on Tuesday, May 24. Both shows feature singer-songwriter SASAMI as the opener.

The Grammy-nominated album Women In Music Pt. III has been renowned by Vulture, Pitchfork, THE FADER, and Rolling Stone for its intimacy and dimension. In this album, HAIM added complexity and depth to their music that listeners first sensed the potential for in their 2013 debut project Days Are Gone.

HAIM’s music is all about the rhythm that creates anthems of self-assuredness. However, Women In Music Pt. III  is all of that combined with the maturity that the sisters — Alana, Danielle, and Este Haim — have developed over the years. Ounces of loneliness, anxiety, and unpredictability are added to this project while maintaining the buoyant tone the band is known for; now with an edge sharpened by age and experience.

Women In Music Pt. III debuted at #1 in the Album Sales Chart, Alternative Chart, iTunes albums chart, and Rock Album Chart in the US. The album also entered the Billboard 200 in the Top 15 at #13. The single “The Steps” was also Grammy-nominated for Best Rock Performance.

Although HAIM’s Vancouver concert isn’t until after winter passes, you can listen to their new album in the meantime to get hyped up for the show.

Tickets to the show are on sale now via Ticketmaster. To find out more about the health and safety protocols at the venue here.