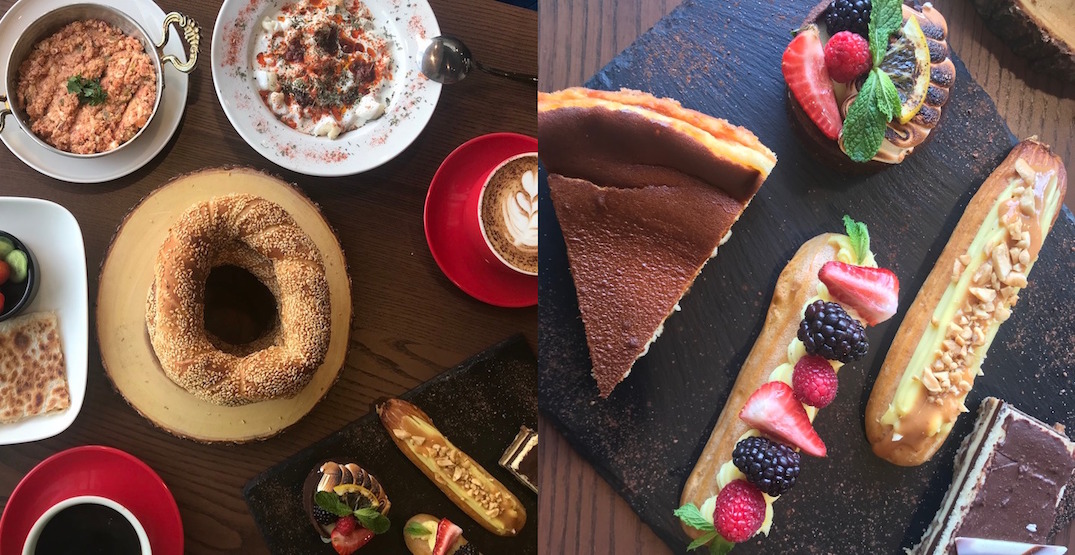 There’s no shortage of breakfast spots in this city, but when a restaurant pops up that takes a different approach to the first meal of the day, we’re more than a little excited.

This city is lucky to be home to a wide range of cultural cuisines – from Japanese to Vietnamese to Indian to Afghani – but, until recently, there weren’t a lot of options for Turkish food.

Simit Bakery has done much to rectify that, with two locations in Vancouver, at 191 West Broadway, and in Kitsilano, at 2268 West 4th Avenue. 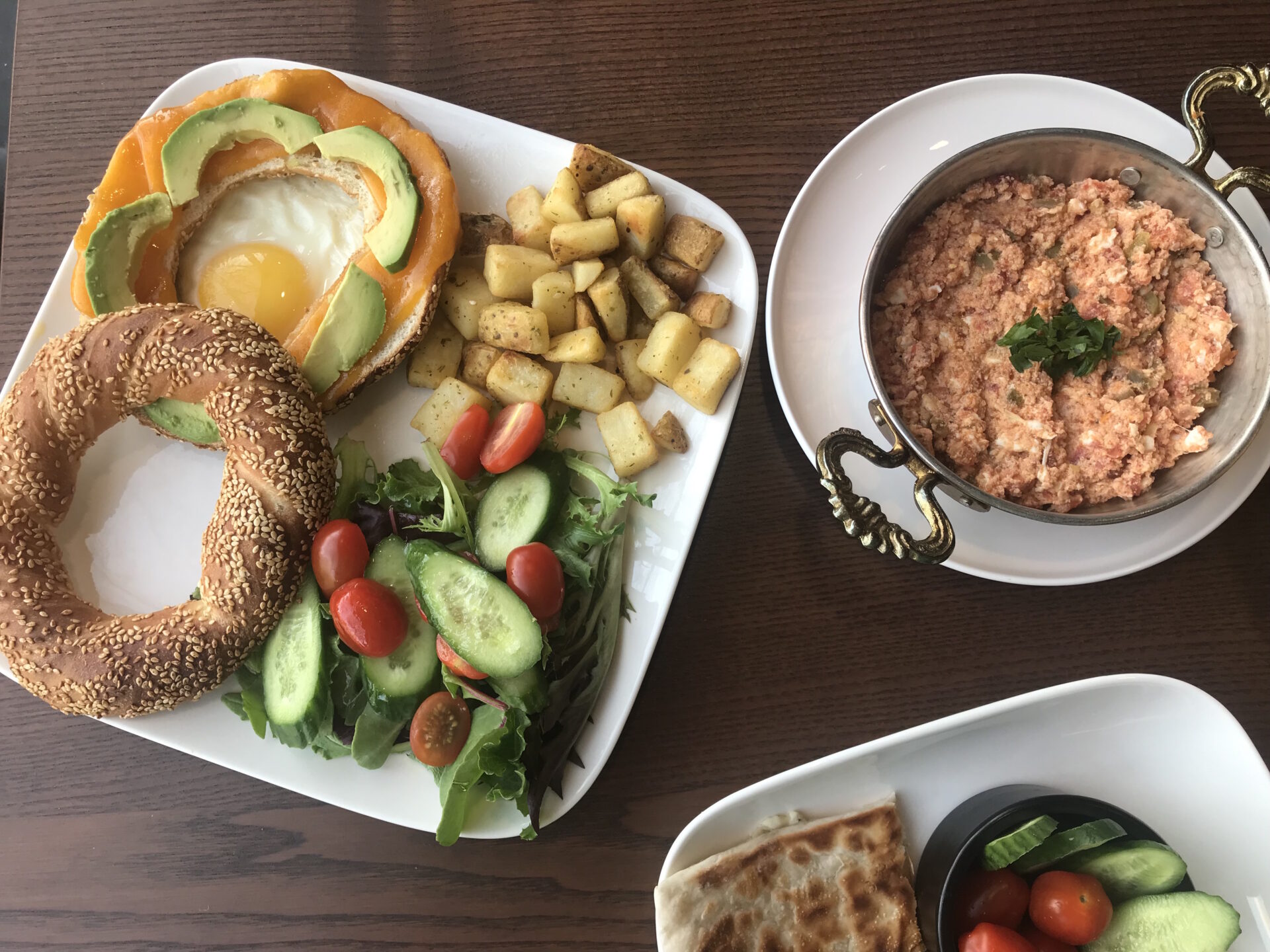 The authentic Turkish bakery and cafe opened its Broadway spot back in 2019 to rave reviews from locals and foodies alike.

The Kitsilano location just opened about eight months ago but has already become a favourite of locals looking for traditional simit-style bagels, breakfast platters, and other Turkish fare.

With an expanded breakfast and dessert menu, the Kitsilano location is the place to go for some harder-to find Turkish dishes in this city, like Menemen (a soft-scrambled egg dish with vegetables, tomatoes, and cheese) and Manti (Turkish dumplings served with tangy yogurt, dried mint, and sumac). 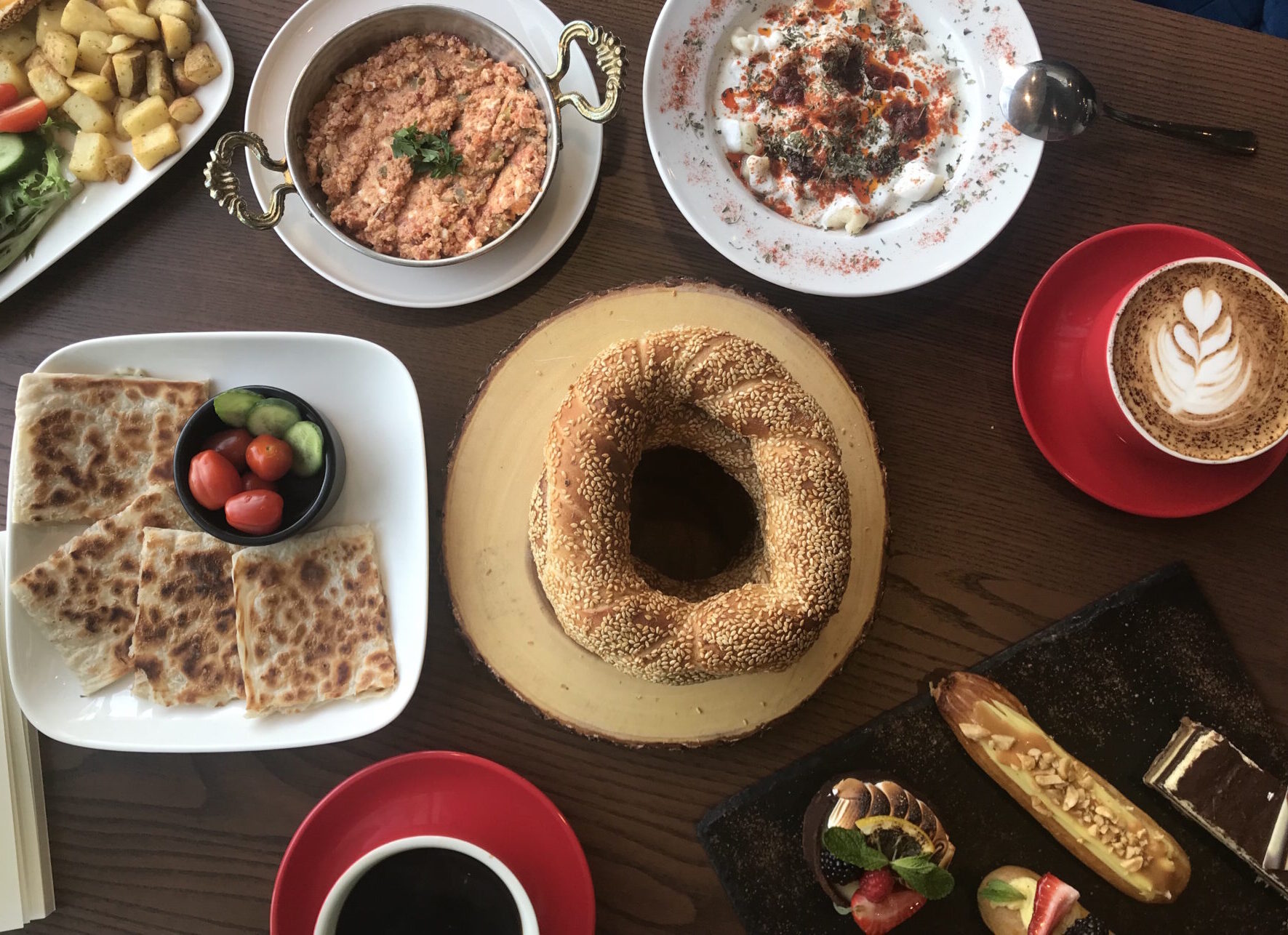 During a recent visit, the family-run spot told Dished that they almost opened a pizza spot instead, but changed their minds when they realized there were already a lot of pizza joints around but very few Turkish ones.

Alper and Filiz Tasdurmaz moved to Canada about eight years ago and at the time, neither of them had much food-industry experience. Alper is a chemical engineer and has worked in horticulture previously, while Filiz had worked as a dentist for around 20 years.

After she was no longer able to practice in Canada, Filiz and her husband started working in kitchens, eventually deciding they wanted to open a place of their own. At Simit, Alper runs the business end of things while Filiz focuses on the food. Their son, Oray, deals with the social media end of things for the bakery. 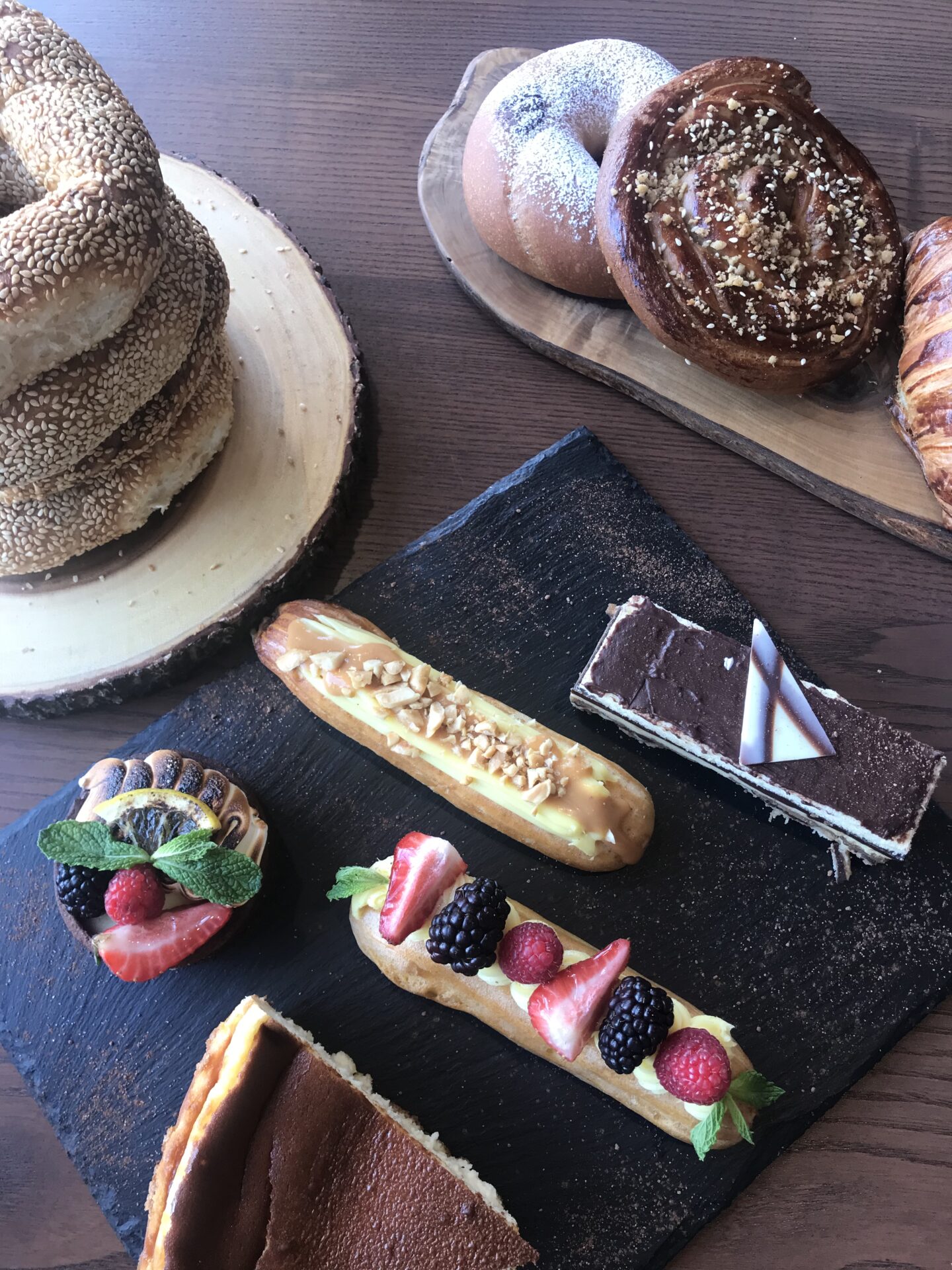 As odd as it sounds, Filiz’s former life as a dentist really comes through in the food at Simit – everything is made with such precision and attention to detail, and there’s clearly a lot of care put into this food.

Their range of offerings starts with the simit – the namesake of the restaurant, of course – a hand-twisted sesame seeds bagel which is considered a Turkish street food staple, often served with Nutella or cream cheese.

Sandwiches are served on the simit, too, all named after Turkish cities like Aspendos (with smoked salmon, cream cheese, and tomato), Smyrna (Parma ham, hummus, and arugula), and Istanbul (feta, tomato, lettuce, and cucumber). 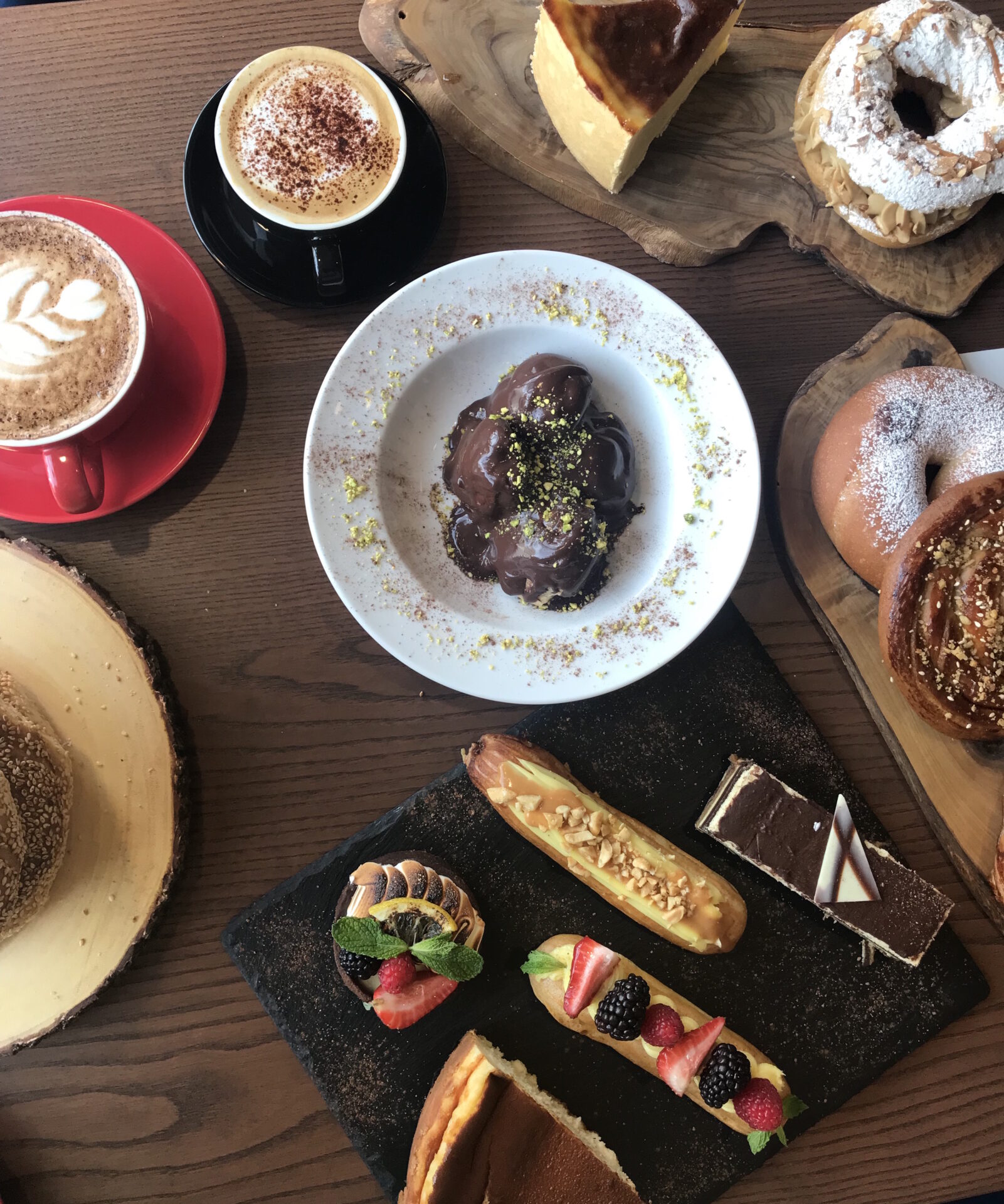 Simit Kitsilano’s breakfast offerings are top-notch, ranging from a Turkish breakfast plate with a sunny side up egg to Gozleme, a flakey pastry stuffed with your choice of cheese, beef, potato, or spinach.

In addition to savoury options, Simit has an impressive range of sweet delectables, from soft stuffed bagels with apple to tahini swirl pastry.

An elderly man, clearly a regular patron, informed me during my visit that the San Sebastian cheesecake is the best in the city and that he comes here often to enjoy a slice – turns out he was right. 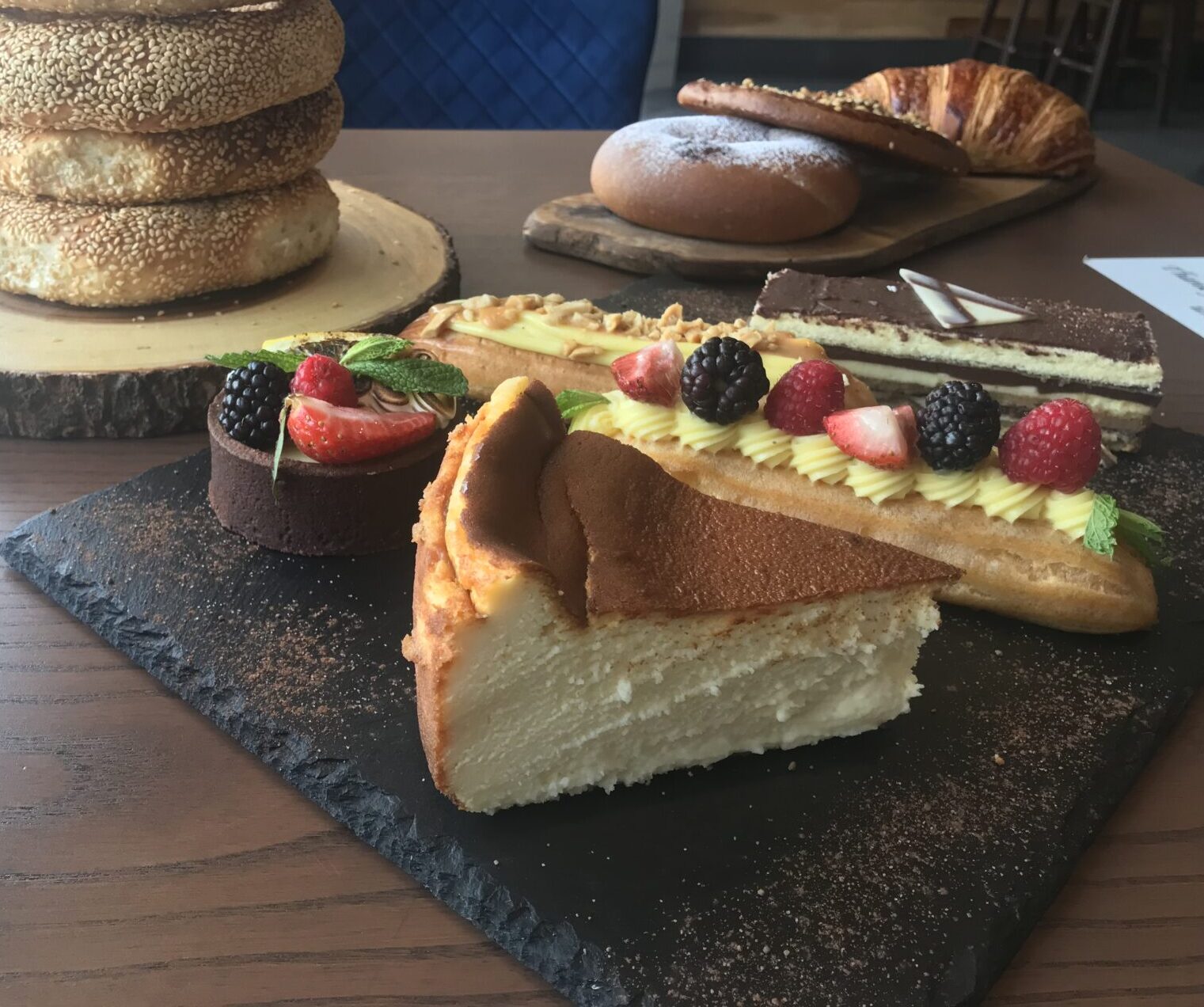 The Basque-style cheesecake – which has actually won awards as the First Place People’s Choice Best Cake in 2021 – is creamy and not overly sweet, the perfect accompaniment to a Turkish coffee, a must-try combo.

The bakery recently invited a pastry chef from Turkey to add to its menu, Oray tells us, crafting such sweet treats as salted caramel eclairs, Paris-Brest, and profiteroles with Nutella.

Everything is made from scratch all day, from the pastries to the bagels, so you’re basically guaranteed to get something that has just been made. 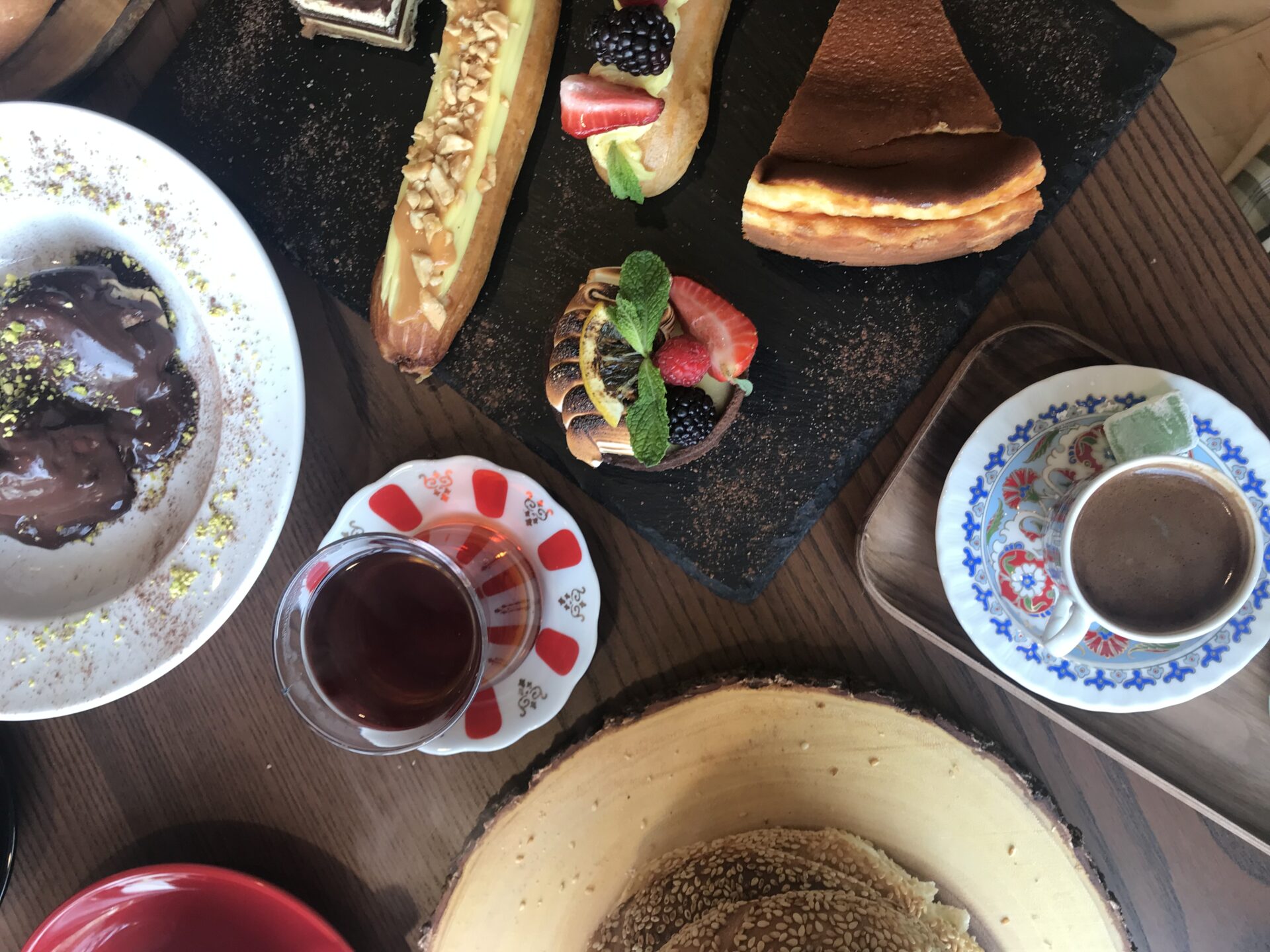 Go for the Turkish tea, made bright red by pomegranate, and the signature baklava. Or, opt for the traditional Turkish coffee, served with a Turkish delight on the side, with a square of Revani (a semolina cake).

While it’s been tough for the bakery to make things work during the pandemic, Alper tells me their goal of sharing the rich history of Turkish cuisine with Vancouver is what motivates them to keep going.