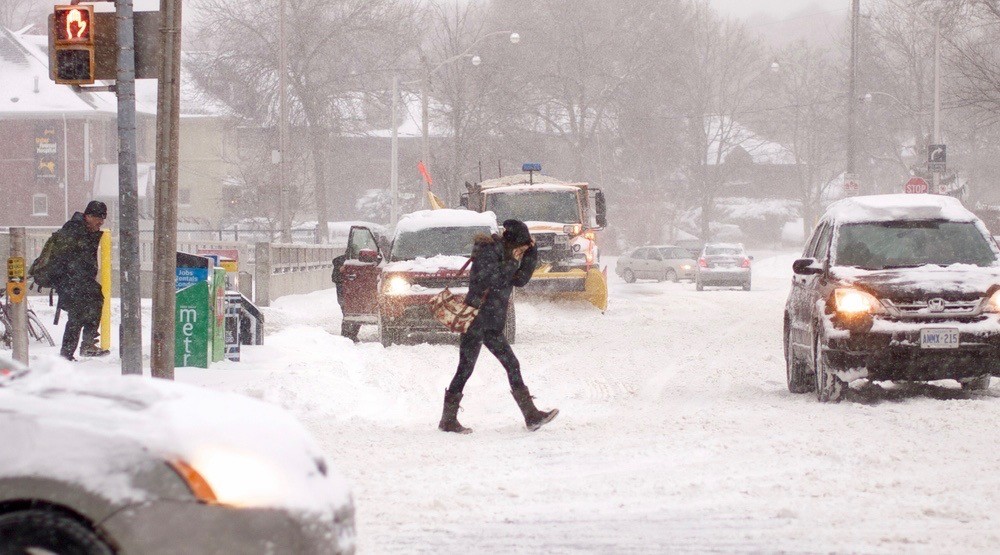 Silvestre Gusto Latino is a hidden gem in the heart of Gastown. You might walk by this unassuming and narrow restaurant located very close to the famous steam clock and miss it. In fact, from the street it appears to be a gelato joint. Look deeper inside and you will see a restaurant that is welcoming and satisfying. The owner, Eduardo Laos, is from Lima, Peru and is passionate about a taste of Peru. “Silvestre” means to grow despite adversity and once inside tasting these delights you will see why Eduardo chose the restaurant name so carefully. Get here before the hordes of tourists and locals discover this Peruvian cuisine to be the next big foodie trend. Take a chance your friends won’t see you among the tourists walking along Water Street.

WHAT IS PERUVIAN FOOD?

Peru is a South American country on the Pacific Ocean and nestled against the Andes. It is most well known for its Incan past and subsequent domination by the conquering Spaniards and later immigration from Asia and Europe. Peruvian food is very diverse due to its many sources of immigrants bringing their own backgrounds and adapting to the local food sources. Incans, Spaniards, African slaves, Chinese, Japanese, Italians and Germans have come at various times over the last hundreds of years. In addition, there are 28 micro-climates, plus different altitudes. This means a wide range of food and vegetables can be grown in Peru. For example, due to the differing altitudes and micro-climates, the vegetables are not seasonal. Many different varieties of potatoes and corn are grown in Peru, which lend themselves to a diverse cuisine.

The owner Eduardo spent 16 years in the import and export business thus has a wide range of suppliers of Peruvian food. Silvestre Gusto Latino has been in existence for one year. His food can be spicy and non-spicy so it will appeal to everyone. Yellow hot peppers and red hot peppers come directly from Peru thus ensuring you are getting authentic Peruvian cuisine.

We were served two different empanadas. If you are not familiar with empanadas they are pastry dough filled with meat or seafood. Quite common in Spanish-influenced cuisine. The Spicy Chicken Empanada is filled with aji de gallina (shredded chicken in hot yellow pepper sauce, walnuts and parmesan cheese). This empanada is baked. The pastry was light and flaky. The chicken tender and juicy. The hot sauce was light and the tastes were delicious! Almost a perfect empanada. 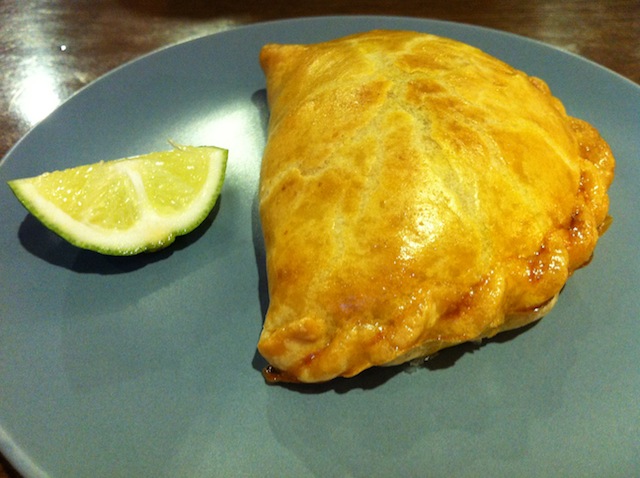 The Spicy Shrimp Empanada was next. This empanada was deep fried. Like the chicken empanada this was close to perfection. It was not spicy despite the name. Lots of shrimp in the filling. A green onion dip enhanced the tastes. The empanada was very filling. Both these empanadas matched excellent pastry with very flavourful fillings. 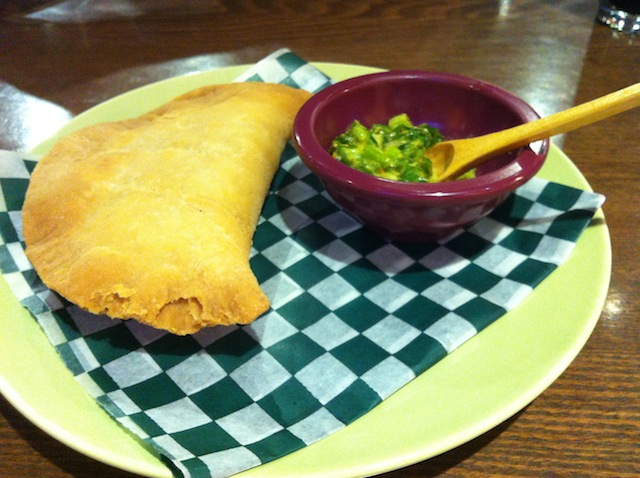 Cocktail de Ceviche came in a typical shrimp cocktail glass. The fish was marinated in lime juice and accompanied by two types of corn. This corn is hard on the outside and soft on the inside and tastes much like popcorn. Various sliced vegetables including red onions and packed some heat due to the small pepper slices. The texture changed with each forkful. 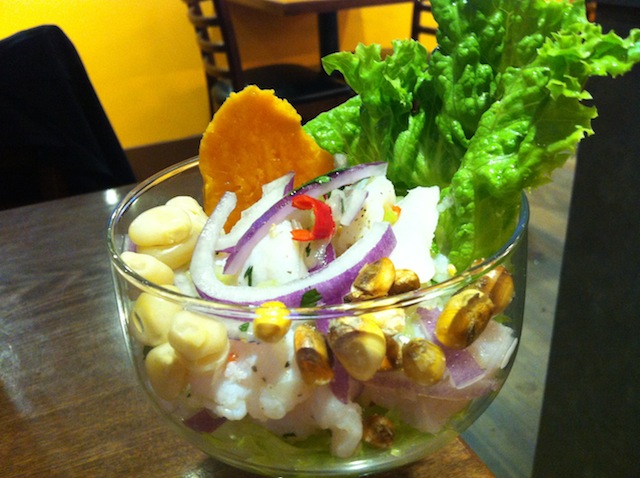 Causa Rellena de Pollo is another authentic Peruvian appetizer that is one of the most interesting and tasty uses of potatoes. encountered Layers of mashed potatoes seasoned with lime juice and the Peruvian yellow hot pepper. Between the layers in this case was shrimp and green peas. It is served cold and garnished with black olive and sliced egg.  Tastes like a potato croquette. The middle is creamy and leaves you with a clean palate. 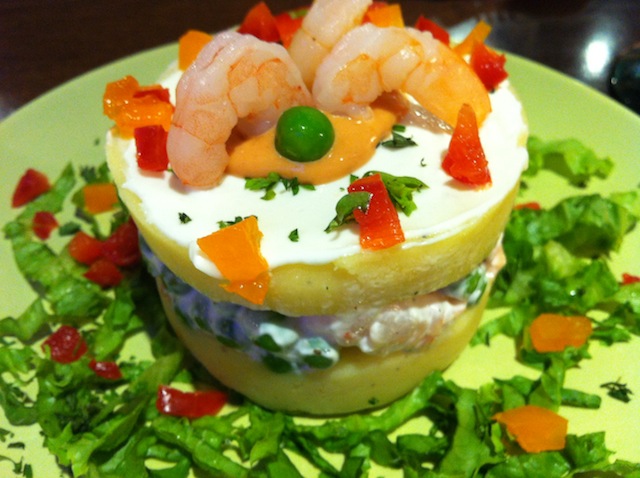 One of the highlights of the meal was the Anticuchos. Peruvian style skewers made from grilled beef’s heart and marinated in Peruvian panca peppers, vinegar and secret ingredients.  The meat was tender and juicy. If you are adventurous and not intimidated by eating heart, you have to try this dish. Wow, it is tasty! 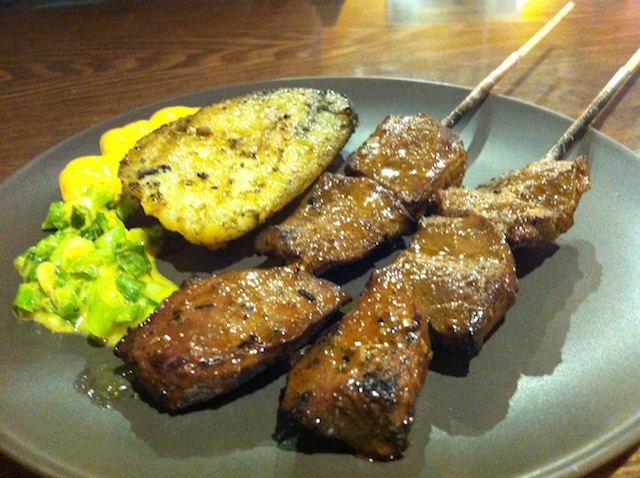 Many people love deep fried fish, shrimp and calamari. The Jalea Mixta is served with those ingredients complemented by marinated onions and lime juice. Deep fried yucca is added for texture and tastiness. The ingredients are lightly deep fried to retain their natural tastes. A little bit of heat is noticed from the peppers. Again, good texture contrasts and a mix of tastes from the seafood. 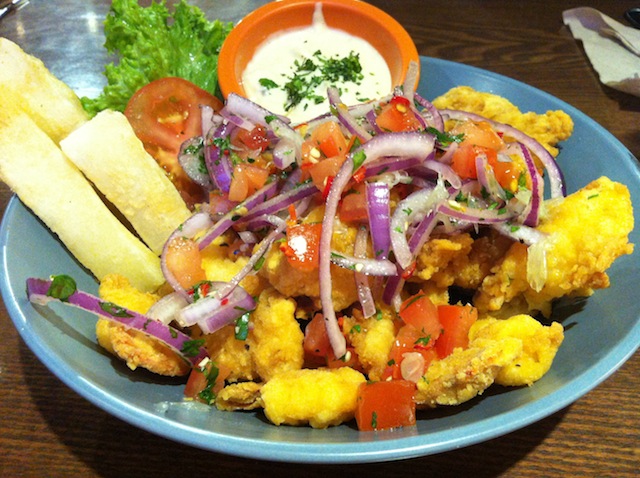 One of the most popular dishes at Silvestre Gusto Latino is the Lomo Saltado de Carne. Ironically, this is a Chinese influenced dish as it is stir fried and comes with soy sauce. French fries are the bottom layer underneath onions, tomatoes, red and green peppers and the grilled beef. The fries pick up the tastes of the vegetables and the meat. The meat is plain like most Asian stir fries, but the fries soak up the combination of ingredients for another yummy hit. 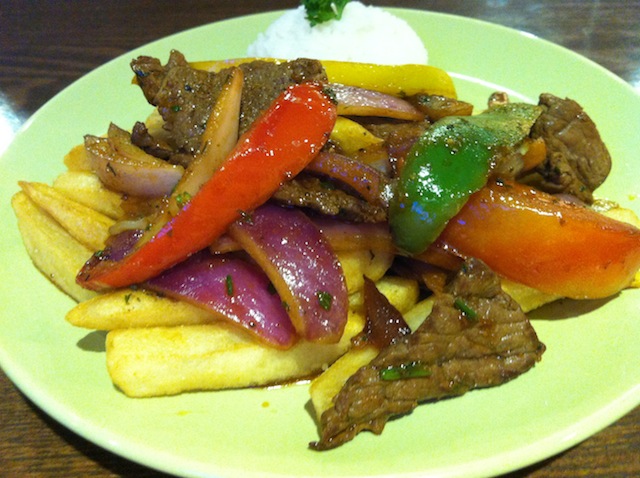 A seafood entrée is Pescado Sudado. This is a fish fillet cooked with tomatoes, onions and yellow hot peppers. Fish was perfectly done and melted in the mouth. The sauce was like a sweet and sour flavour. 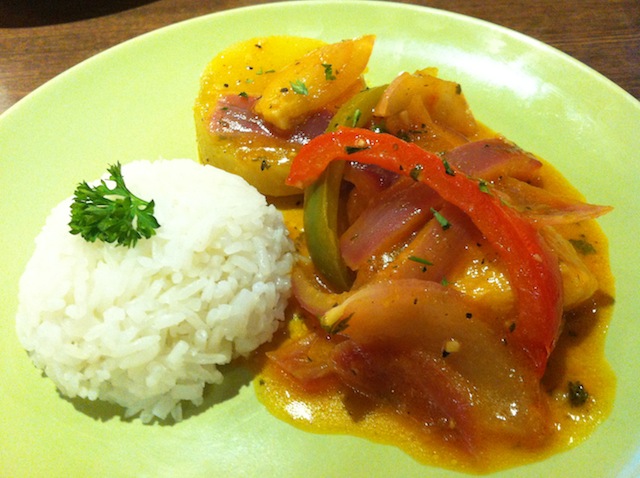 Another well known authentic Peruvian dish is the Aji de Gallina. This was in the Spicy Chicken Empanada, but can be easily enjoyed as a dish on its own. This entrée is served over sliced boiled potatoes and accompanied with rice. The pepper sauce is a little spicy, but more on the mild side. The crunchy bits of walnuts add texture and the parmesan cheese taste comes through. Very tasty and could be described as Peruvian comfort food. 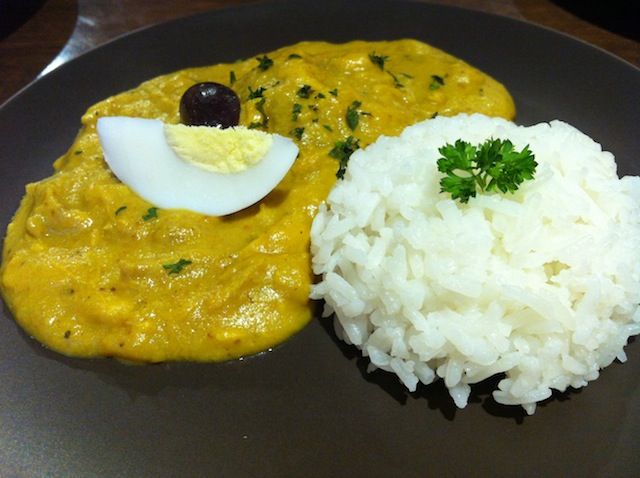 The appetizers and entrées were delicious, but you could come here just for their Peruvian desserts. The Suspiro Limeño could be described as condensed milk pudding with meringue on top. It compares to dolce de leche and equally as sweet. If you love puddings, then this is for you. You will need to ask for this dessert as it is not on their menu.

Another Peruvian dessert you will need to ask for is the Picarones. Basically, a Peruvian doughnut originated from an ancient Spanish recipe. In the Peruvian style it is made with potato flour and pumpkin. Molasses on the bottom for dipping with orange, cinnamon and cloves flavours within the doughnut. Crispy on the outside and soft on the inside. It would be comparable to a fritter. Strong pumpkin flavour and a huge hit! 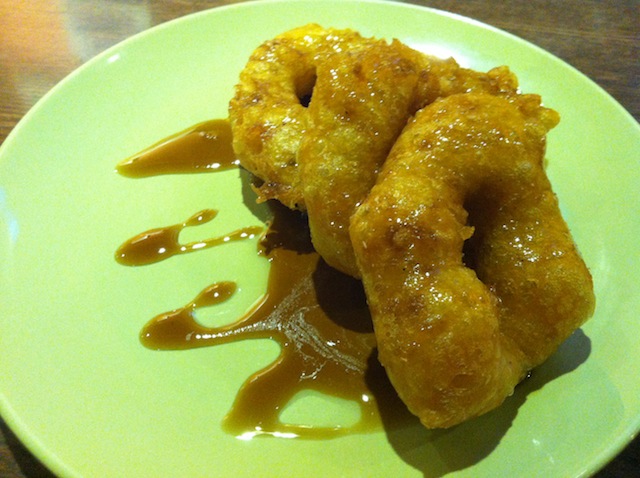 As mentioned earlier, from the outside it might look like a gelato shop as they serve 24 different flavours of home-made Peruvian gelato. One flavour to try is the Lucuma Gelato as it is a fruit found only in the Peruvian jungles and a preference for Peruvians. It is the brown coloured gelato below. The white coloured gelato is the Chirimoyd flavour found n the desert coast of Peru. Overall, the gelato was creamy and flavourful. 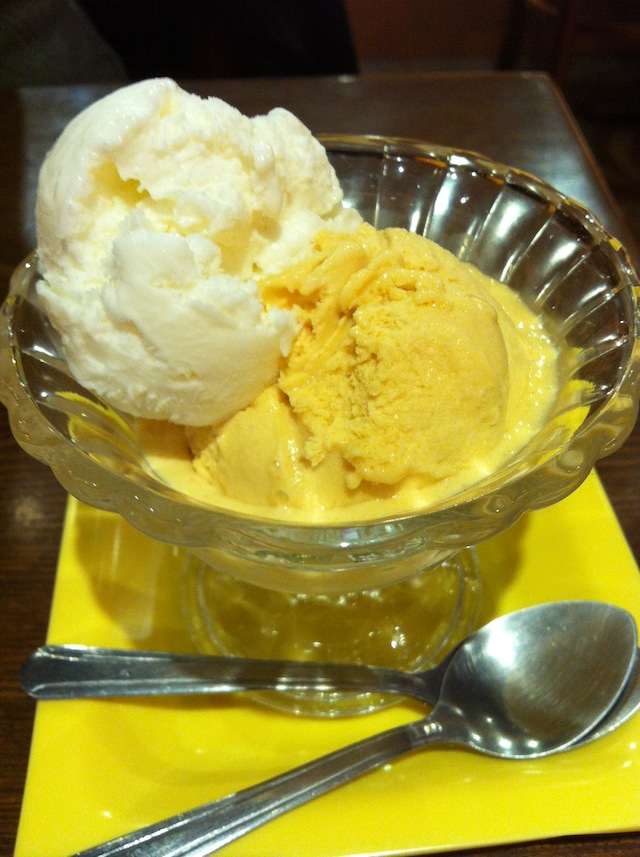 This small casual restaurant will be discovered by more and more Vancouverites. It is frequented by Peruvians/Latinos and curious tourists. The owner, Eduardo, is informative and personable. You will feel like you are in his home. They are open for breakfast, lunch and dinner every day. You can find authentic Peruvian breakfast items and Peruvian sandwiches for lunch. Appetizers range from $9 to $12 and the mains range from $14 to $16 so relatively easy on your wallet. The menu is extensive with over 60 choices. Try the Chicha Morada drink with your meal. It is black corn boiled with fruit, cinnamon, cloves and sugar. Tastes like a sweeter grape Kool-Aid.