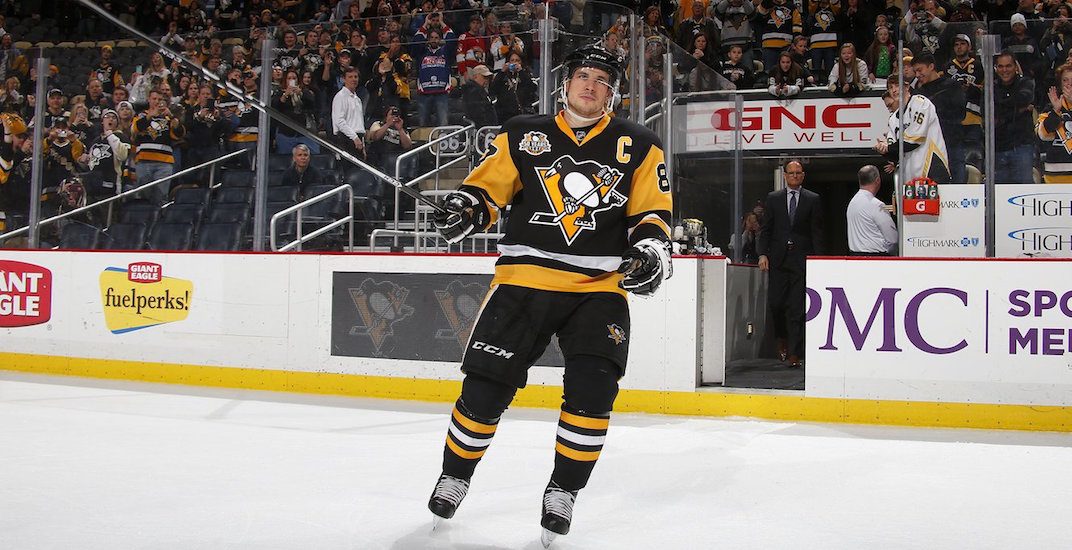 The hockey world is a small place, something that has never been demonstrated more clearly than the outpouring of support from far and wide in the aftermath of the Humboldt Broncos tragedy.

Sidney Crosby is preparing for the start of the Stanley Cup playoffs, but found time to lend his support to the survivors. The news of the devastating bus crash would have hit close to home for Crosby, who rode the bus to games, often in treacherous conditions, while playing junior hockey in Rimouski, Quebec.

A Penguins jersey with “Broncos 18” on the back was signed by Crosby and his teammates, and shipped to Humboldt. It even had a special tag put on the inside that read “The Pittsburgh Penguins support Humboldt Strong.”

Touched by the Humboldt tragedy Sidney Crosby had @penguins equip mgr @RealDanaHeinze make up this Penguins jersey with Broncos on the back and a special tag in it. Signed by the entire team it’s on its way to Humboldt. #classy #PrayforHumboldtBroncos pic.twitter.com/Cs4Gkv6wyv

In addition, Crosby signed personalized photos for all the survivors, saying: “Stay strong. We’re thinking of you.”

Crosby and his teammates have also helped Humboldt out financially, donating $10,000 to the GoFundMe campaign to assist survivors and the victims’ families. That number was matched by the Pittsburgh Penguins Foundation.

The Humboldt Broncos GoFundMe campaign is already one of the largest ever, having raised over $8 million.