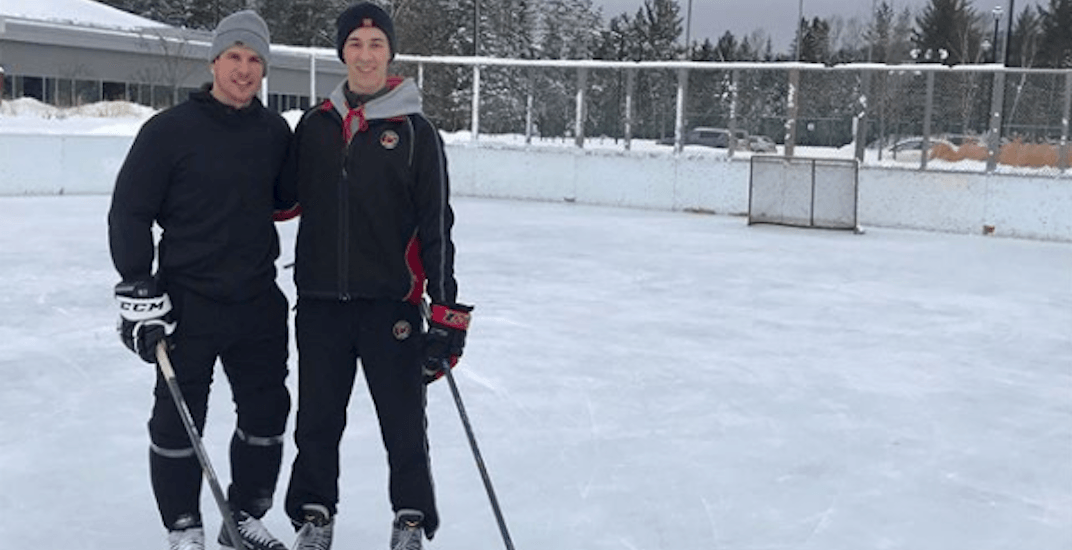 It was a quiet, cold Tuesday morning in Mont-Tremblant.

For 19-year-old Guillaume Ouimet, that meant it was a perfect time for hockey.

Ouimet, who plays double-A hockey for the local team in Tremblant, arrived to the outdoor rink next to Aréna De Mont-Tremblant last month to work on his game.

“I like going in the morning because there’s nobody around and the arena staff do a great job the night before,” said Ouimet in a French language interview with La Presse. “The ice is great in the morning.”

That’s when Sidney Crosby showed up.

“I recognized him right away,” Ouimet said, noticing Crosby from far away as he stepped out of his Jeep. “I was in shock.”

Ouimet introduced himself and invited Crosby for a skate. The 30-year-old future Hall of Famer obliged and got his gear from his vehicle.

With the Pittsburgh Penguins on their bye week, Crosby chose to vacation in the Quebec ski resort with his girlfriend rather than fly to an exotic location like many other NHL players.

The pair played for about an hour, despite Crosby’s girlfriend saying they had to go a couple of times.

If you think Crosby was just there for an easy skate, think again. Ouimet said he practiced coming out of the left corner numerous times, something he has been having trouble with this season.

“You understand why he’s the best player in the world,” Ouimet said.

Clearly, this was a perfect time to get a photo with the Olympic hero and three-time Stanley Cup champion.

Just one problem: Ouimet’s phone wasn’t working because of the cold. Luckily Crosby’s girlfriend had a working phone and snapped some photos of the pair.

Ouimet posted the photos to Instagram, with the caption: “Feeling blessed to had the chance to skate with Sidney Crosby once in a lifetime experience.”

“I was struck by his humility. He talked to me like he knew me for a long time.”

Ouimet said he tried speaking to the Penguins captain in English, but Crosby insisted on speaking in French for a portion. Crosby is an anglophone from Nova Scotia, but got to practice speaking French during his two years of junior hockey in Rimouski.

Here are the photos from a day this Quebec teenager won’t soon forget. 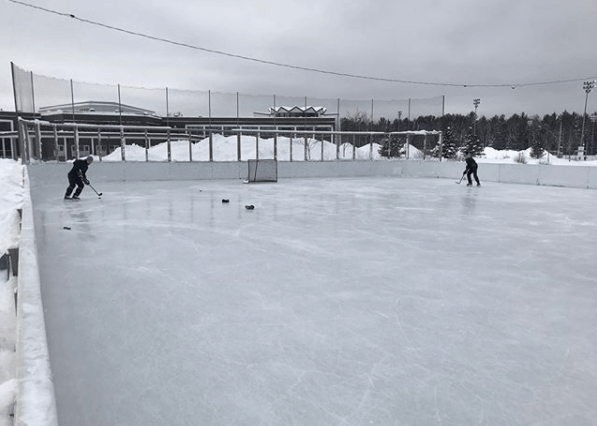 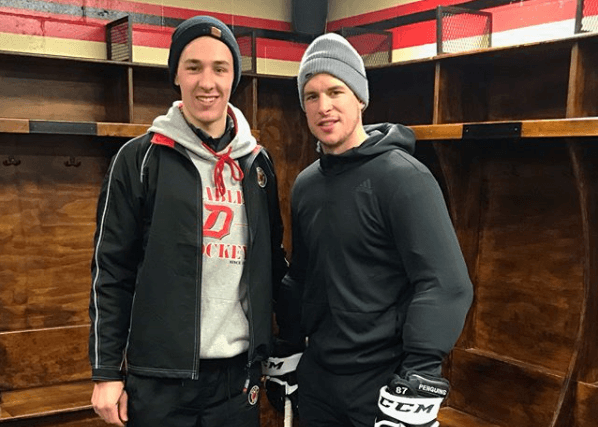