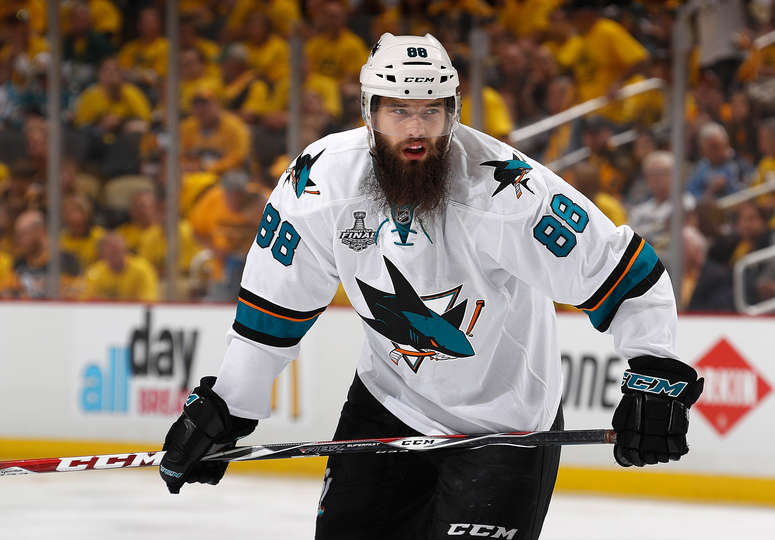 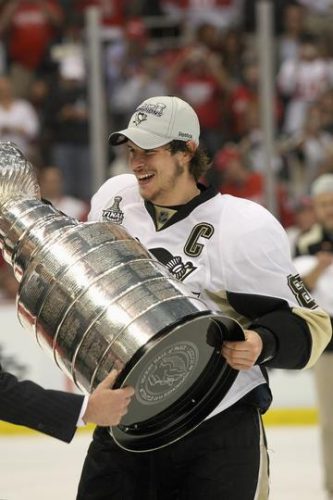 It’s one of the best parts of hockey. Nothing is more primal and rewarding than seeing your team of choice, deep in the playoffs, looking like a bunch of cavemen out on the ice. Cavemen who figured out how to skate. And organize rules about hockey. And turn it into a big business operation. Cavemen, ok??

Here’s the thing though. That tradition? It needs some ground rules. Mostly because of this guy: 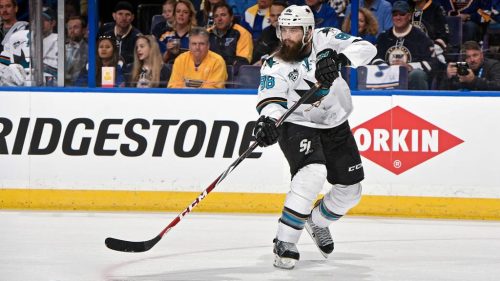 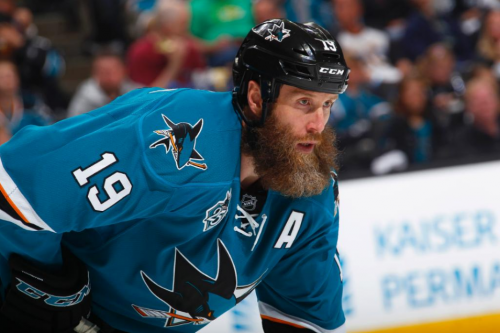 “Getting lost in Burns’ beard!” he whispered excitedly to himself. “You’ve done it again Johnston, you’re a god damn genius!” he giggled as he began typing furiously about facial hair.

But they shouldn’t be used for playoff talk. Sorry. Not cool. You need to shave it all off before the playoffs start for it to be a valid playoff beard.

The Stanley Cup? Best trophy in sports. If you’re trying to debate that right now, you’re A) not Canadian B) lying to yourself C) really trying to pump up the value of that trophy you won in high school track.

As such, trying to capture the Cup? Pretty big deal. Look, I get it, Canada values the Stanley Cup higher than any other country. When a baby is born in Canada it’s taken to a cave and shown several helpful videos letting the child know it’s their duty to protect and capture the Stanley Cup, before being doused in holy maple syrup and blessed by the Beaver Pope (it’s a real thing).

But other countries? They have people who want it just as bad. They know the power that Cup gives you (Free Tim Hortons for life). So they will do anything to get it.

Which is why the playoff beard is perhaps the greatest playoff tradition we have. When trying to win the Cup, you put aside everything else. To the point teams stay in god damn hotels while in their home city so they don’t get distracted from their end goal. That’s right, families get tossed aside in pursuit of the Cup. If that isn’t savage as ****, I don’t know what else is.

“Sorry honey, you know you’re not supposed to be calling me tonight, I have more important things to do.”

Which is why tossing hygiene and personal grooming aside is an essential part of the Stanley Cup journey. What, you’re going to miss your kids second birthday but you have time to make sure you’re face is smooth and hairless? Get the hell out of here.

When you go for the Cup, all you should be doing is sitting in a dark room and thinking of all the failures in your life, and realizing that even if you add all of them up, that wouldn’t even come close to losing the Stanley Cup in a game seven situation. Using that fear to fuel you to victory.

Losing a Cup in game seven? It breaks people. 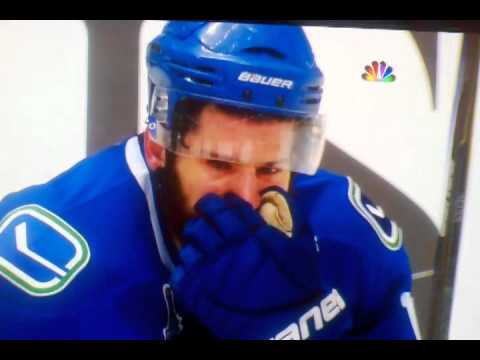 See that guy? Losing the Cup in game seven turned him into a god damn Duck. A DUCK! That shit’s crazy.

So when players start growing a beard, it’s a symbol of the heavy burden they are undertaking.

This is why when a player like Burns or Thornton pre-grows a beard, it spits in the face of everything the playoffs stand for. Lord of the Rings didn’t start with Gandalf pulling up in a flying tank shouting “where we’re going, we don’t need roads!” and fly straight to the damn mountain. That’s garbage. That’s skipping vital steps. That’s making a mockery of the process.

This is why Thornton and Burns beard talk, save that for the regular season. Have a boring matchup between two tanking teams? Sure, dip into the archives and talk about what things might get lost in a beard that big. But the playoffs? Save any beard talk for those that shaved the day the playoffs started. Only those beards are pure playoff beards.

In Closing: Sidney Crosby has a better playoff beard than either Thornton or Burns.

I am, however, willing to accept pre-grown beards under one condition. I want a team to commit to the Stanley Cup dream so hard that when they win the Cup, they don’t shave until they lose it.

Think about it, it would be like the Dothraki in Game of Thrones, where they only cut their hair when they’re defeated. Imagine a two time defending Cup team walking around in the regular season, beards down to their chest, showcasing the power of their reign. Then when they finally lose, part of them is happy to cut off that beard, because all beardists know big beards are two parts cool, one part “**** this, I need to shave this off”. The other part of them though? Devastated.

Sure, they look in the mirror and can see their face again. Yes, they can finally eat food and not have it smell in their beard until they shower next. But the beard being gone means they’ve lost the ultimate prize. When they look into the mirror they’ll see themselves again, but they’ll also see the loss of their glory.

If that doesn’t drive them to want to win again, nothing will.