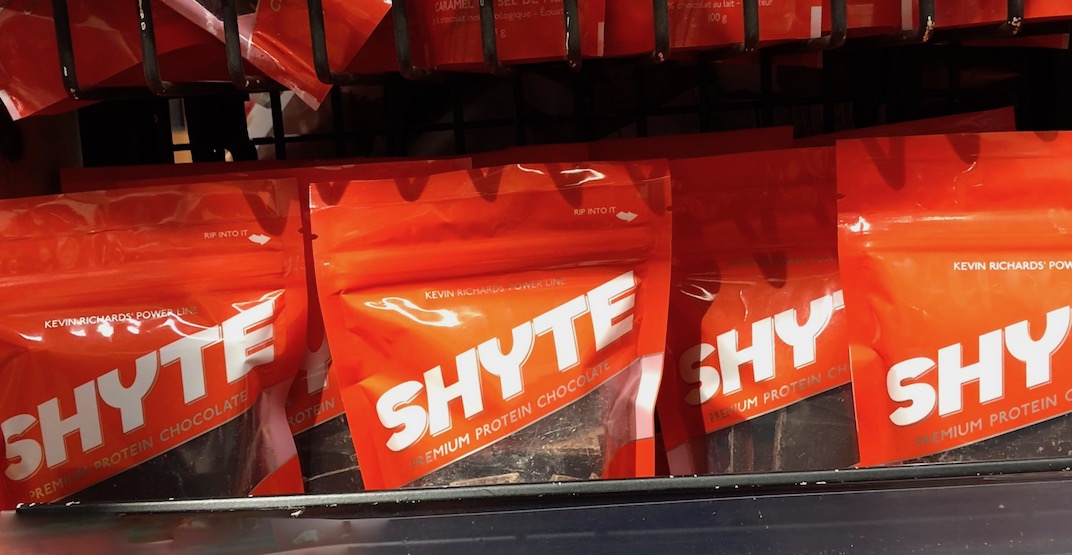 A Canadian protein-infused chocolate maker has made headlines all over the world because of the name of his product: Shyte Chocolate.

You’ve probably heard it before, it’s a relatively well-known term meaning plural of sh*t that’s commonly used in the UK, and we’re pretty sure the brand’s creator Kevin Richards knew that too.

The chocolate maker, who is based in Barrie, ON, acknowledges the hilarity of the name, but they don’t really give a sh*t if you like it or not, he holds his chocolate protein bars are top-notch when it comes to taste.

“We may be silly, but we take our chocolate very seriously,” reads Shyte Chocolate’s website.

The chocolate is currently available in six stores in Ontario and one in Alberta, but it can be ordered online worldwide in several varieties of white, milk, and dark chocolate.

Shyte Chocolate has officially gone viral, and the Internet’s reaction to the name is priceless.

Oh My Fuckin God, I am dying.
Surely this guy has one Scottish friend who should have told him? pic.twitter.com/9A9wO8kynF

Only Canadians would release a chocolate called “SHYTE” and think it’s okay, Scotlands gonna have a field day on this one pic.twitter.com/STzMypLlpl

If you want decent chocolate & protein and have a sweet tooth then eat Shyte #EatShyte 💩💩💩💩💩💩😂😂😂😂😂😂 pic.twitter.com/2l7qOWn2hi

So there’s a Canadian chocolate company called ‘Shyte Chocolate’ and they’re telling people to #eatshyte. As a Scotsman This brings me great joy to read 😂