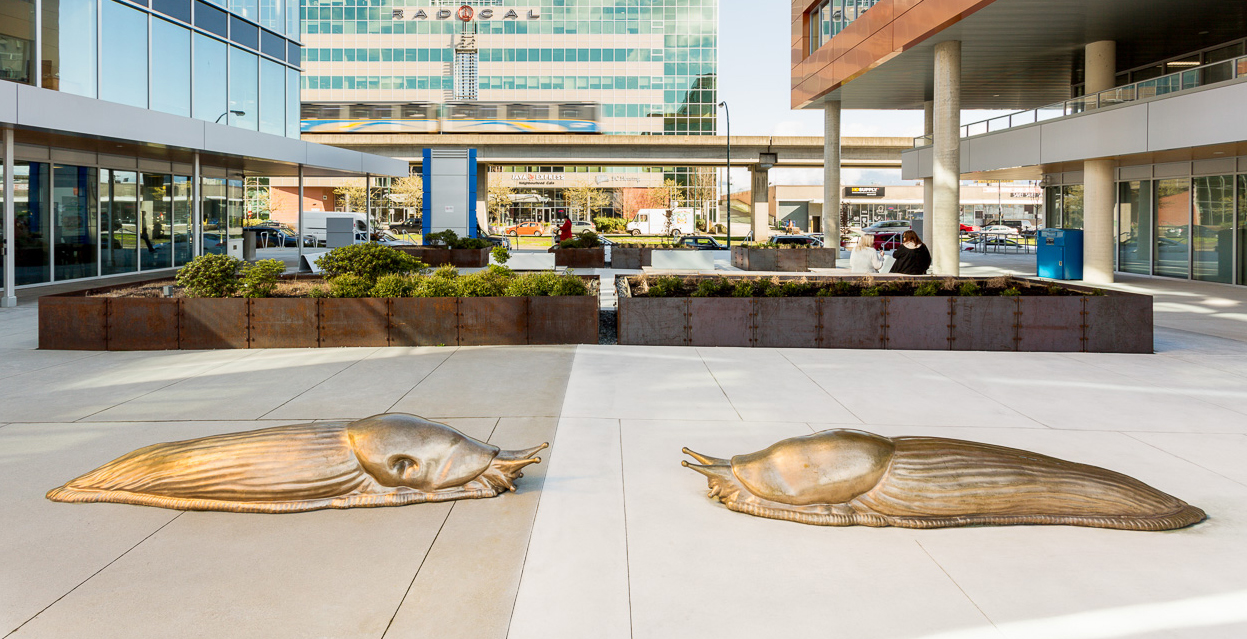 You may have noticed an army of bronze banana slugs have invaded the streets around Columbia College on Terminal Avenue in Vancouver – but why?

Daily Hive followed their slimy trail to Peter Gazendam, the artist responsible for the public art installation, entitled A Long Conversation (for Oona).

Gazendam told us the installation features 36 banana slugs of different sizes, all cast in bronze, positioned permanently inside and outside the college.

“I got interested in slugs, because they move so slow, they get in your way, they’re in strange places, and so they’re an oddity,” he said.

“They’ve been around for quite a long time and survived. Their structure and the way they live is incredible to me.” 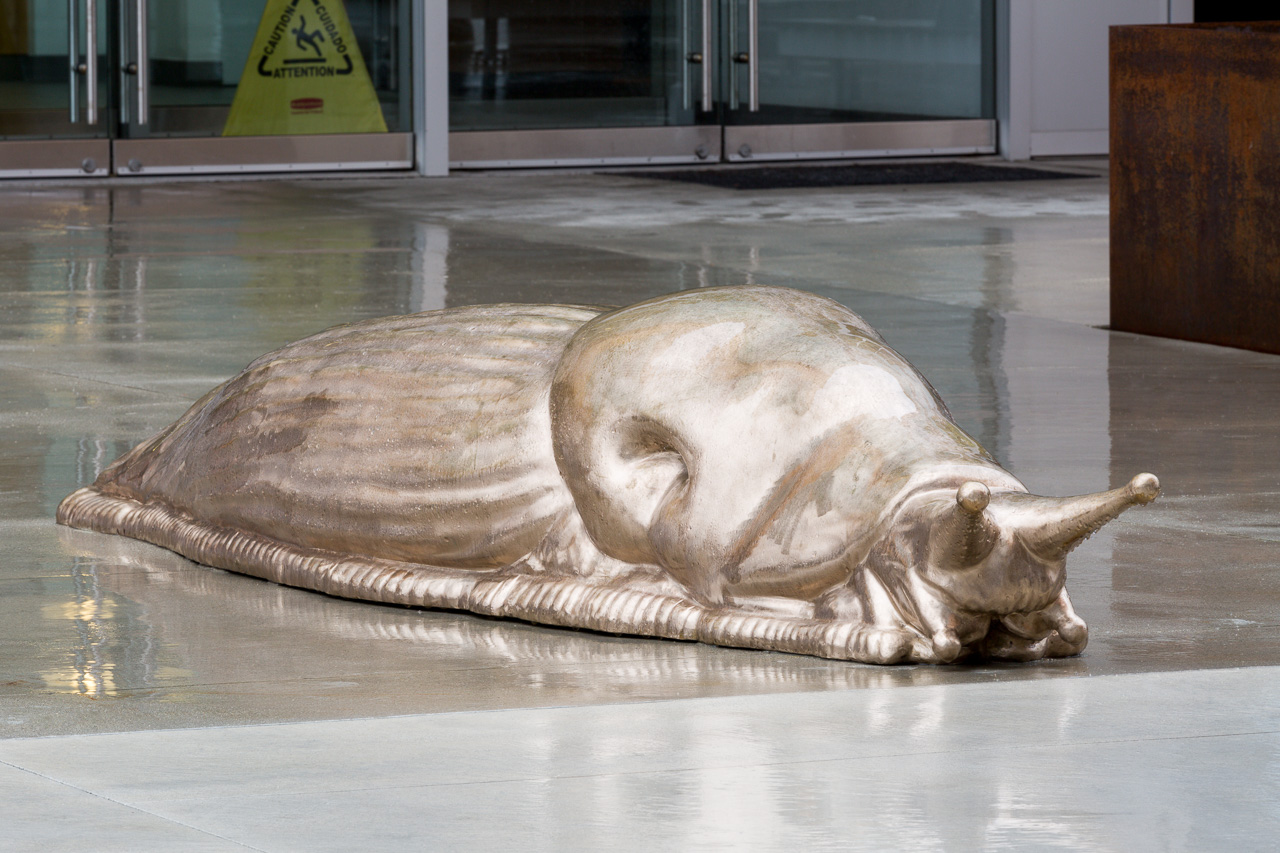 But, the artist points out, they’re not exactly what you’d expect to see cast in bronze – and that’s precisely the point.

“There’s an absurd tension, because bronze is usually utilized to commemorate or immortalize something that we deem socially important,” said Gazendam.

“Banana slugs are almost the opposite… There’s a temporal relationship between something that moves very slowly, versus something that’s supposed to last many, many years.”

“The absurdity of those things is important to me.”

‘The tentacles couldn’t be extended too far’ 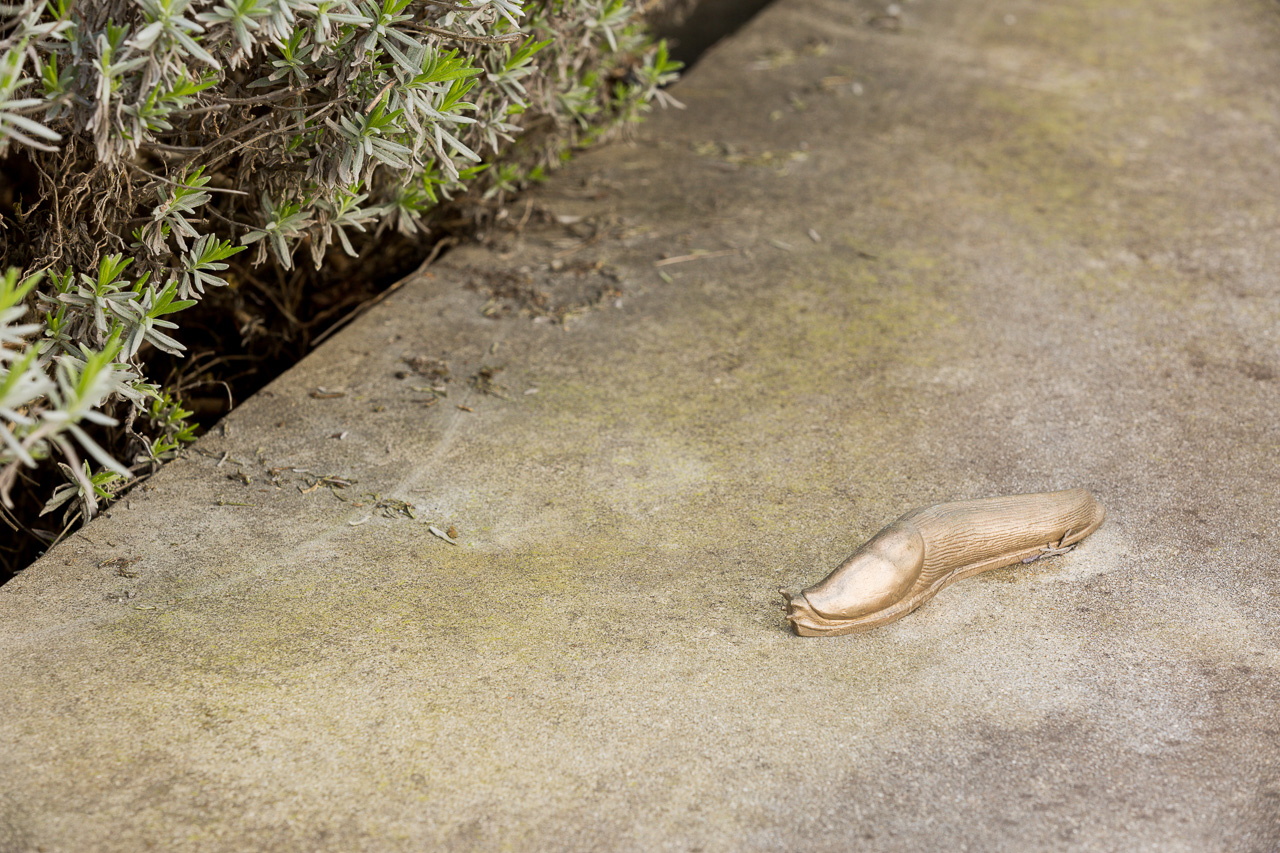 And the artwork has certainly been a long time coming.

Since it’s a public art piece, the artist first had to submit digital renderings of his idea, along with a small bronze prototype.

Gazendam, who has lived in Vancouver since 2008, was then shortlisted by a jury, he tells us, and given a fee to develop his proposal.

At that point he said, “Reality sets in.”

He worked with a digital modelling technician, experienced in rendering 3D objects, for months to get the level of detail he wanted.

“[It was] backseat sculpting,” he said. “For example, the slug tentacles couldn’t be extended too far, because they could either hurt someone or they’ll just bend and break.” 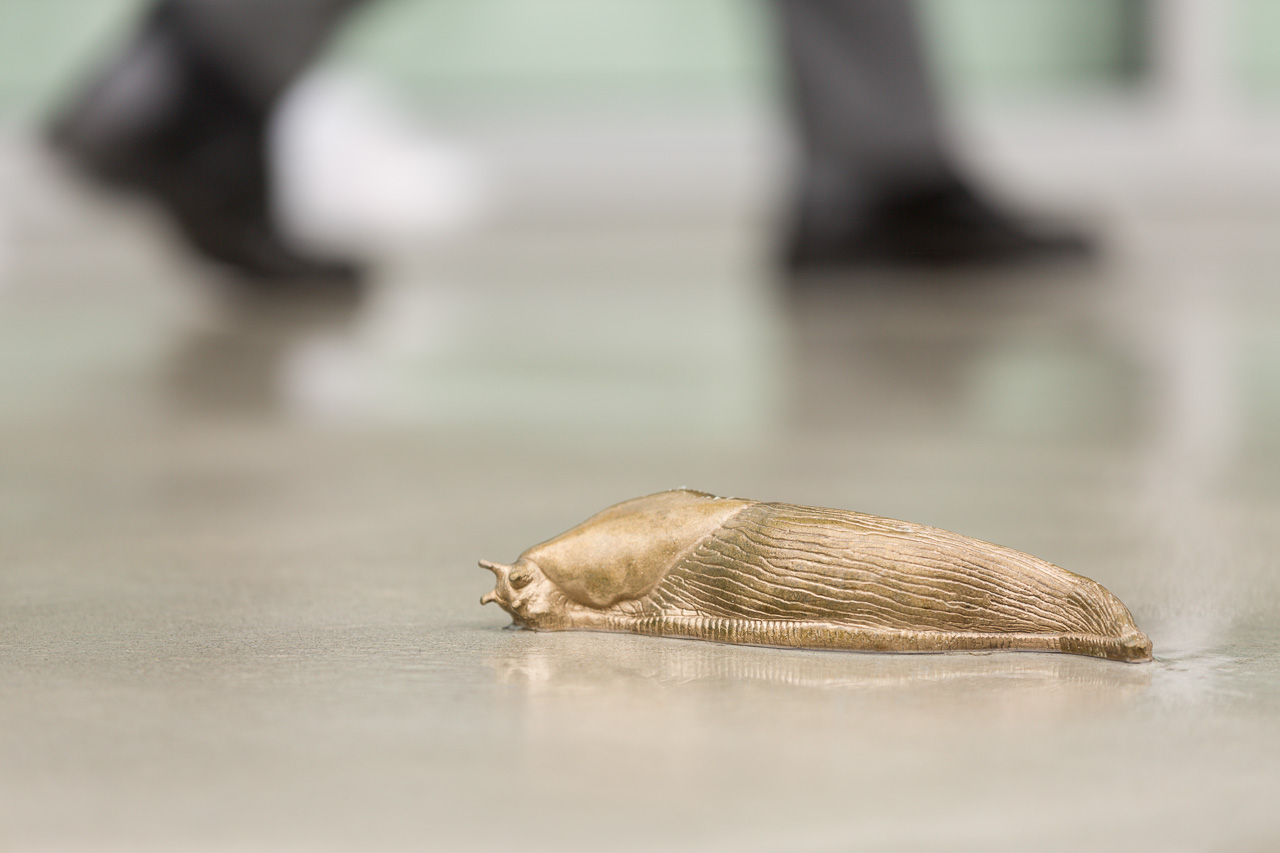 Once the models were final, they were 3D printed in resin, beginning with smaller slugs so Gazendam could gauge the level of detail he wanted.

“The idea is that [the slugs] lose detail a little bit, they get a little bit more abstract as [their size] goes up,” he said.

“Which is the opposite of what you think would happen – but that’s my artistic licence.” 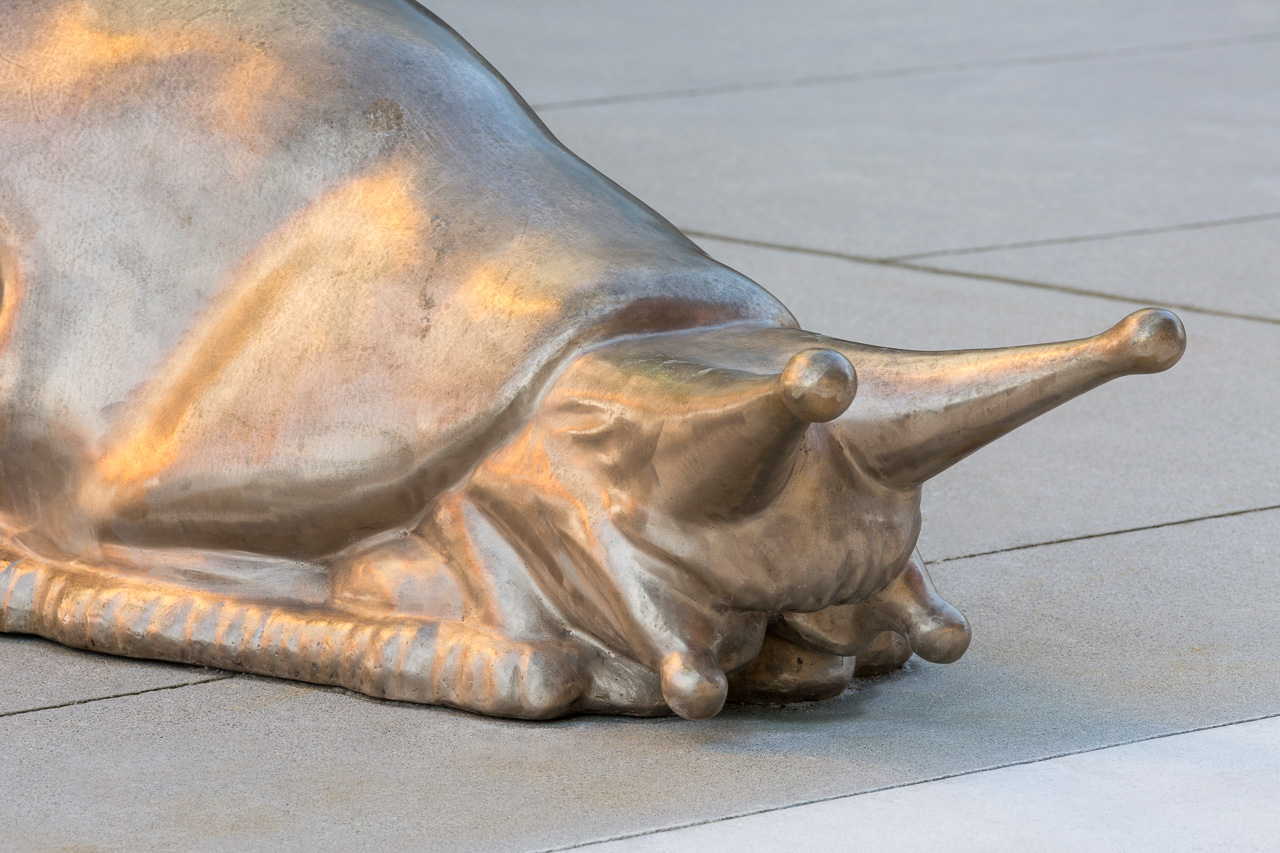 All the slugs were then 3D printed, except for the two largest pieces, which were carved in white foam, then put together, covered, and sanded.

“We’re lucky in Vancouver to have access to some of these processes, because of the film industry,” said Gazendam.

“The film industry uses it quite a bit, and now the contemporary art community as well.”

After that, Gazendam said, he brought the slugs to a foundry called In Bronze in Langley, who had been advising him as he went along.

They made wax copies and casts of the slugs, then poured in the bronze. Now they are adhered directly to the concrete around Columbia College.

‘Public art to me is extremely important’ 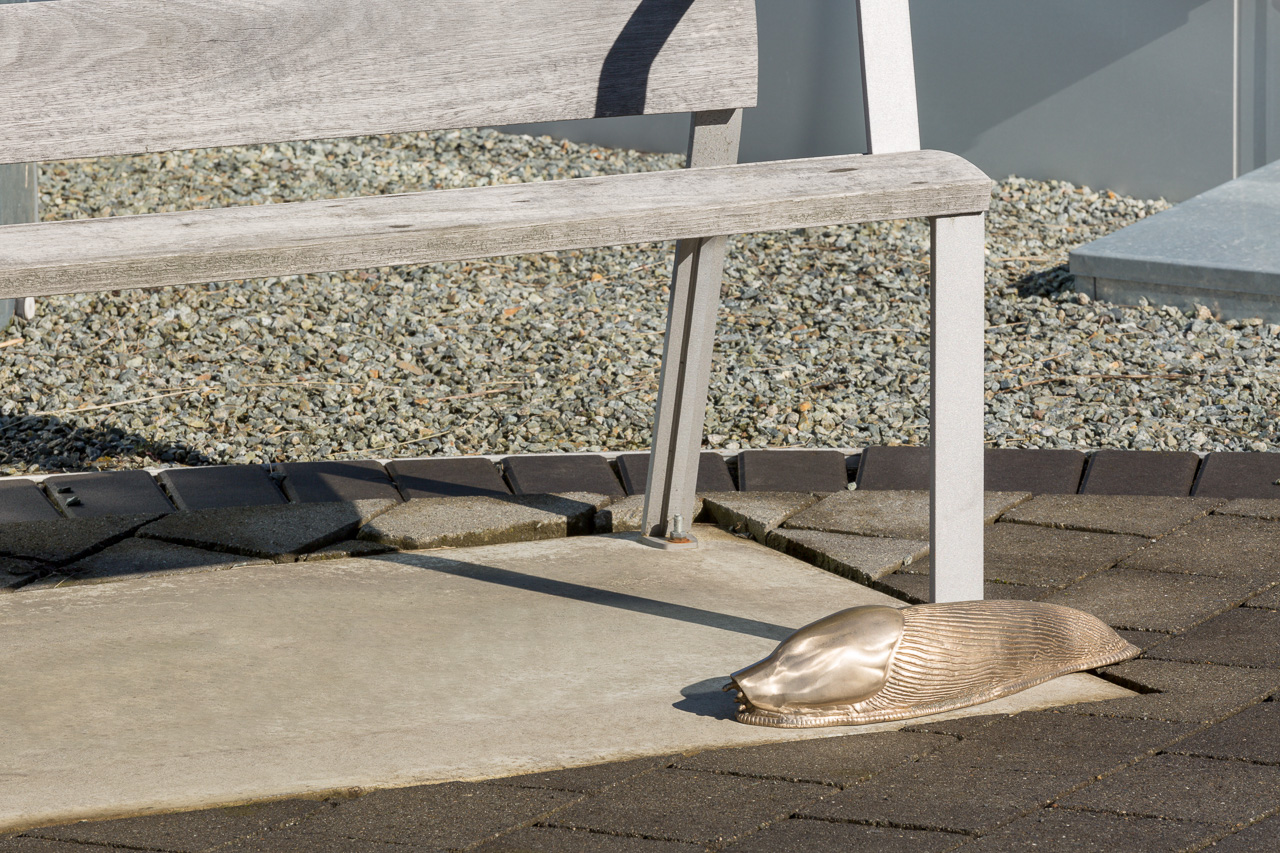 Whilst the public art aspect of the project meant he had a bigger budget than usual, Gazendam said public art is incredibly important to him.

“Public art to me is extremely important, because artists don’t necessarily have voices on a regular basis in the world, in the public sphere,” he said.

“I think it’s incredibly important that artists’ voices are heard, so that we have a shared discussion of things that are not straightforward.” 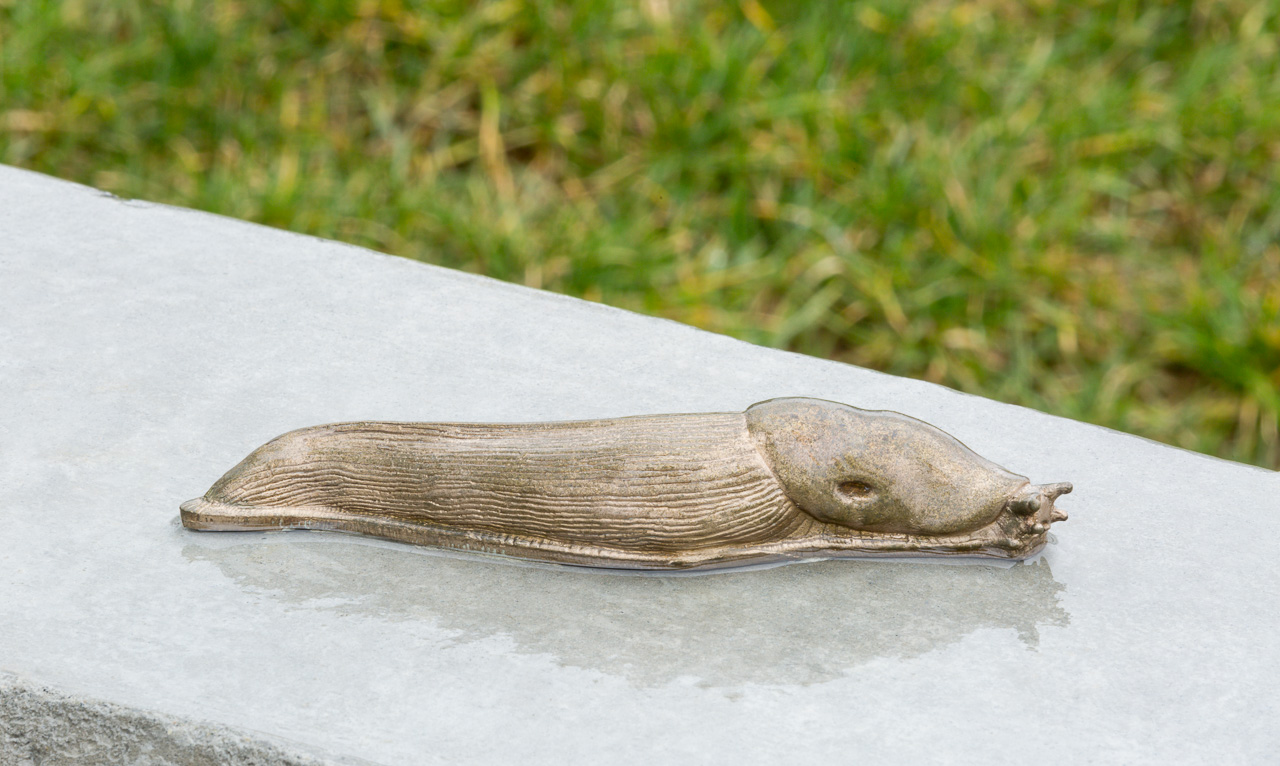 And while Canada may be a relatively young country compared to the rest of the world, Vancouver has some of the world’s best contemporary art, he said.

“The reason I came to Vancouver was because of the contemporary art scene here, which is world class. It punches way above its weight, it’s known around the world,” he said.

“It’s not necessarily something Canadians know, or Vancouverites know… This place is quite special and has an incredible history.”

In the end, Gazendam said there’s no one message for anyone to take away from his banana slugs, but that he hopes over time, people simply experience them in different places.

“They’re confusing, they’re confounding and strange and make us pause – and those things I think make a city and a community somewhat stronger than it was designed.” 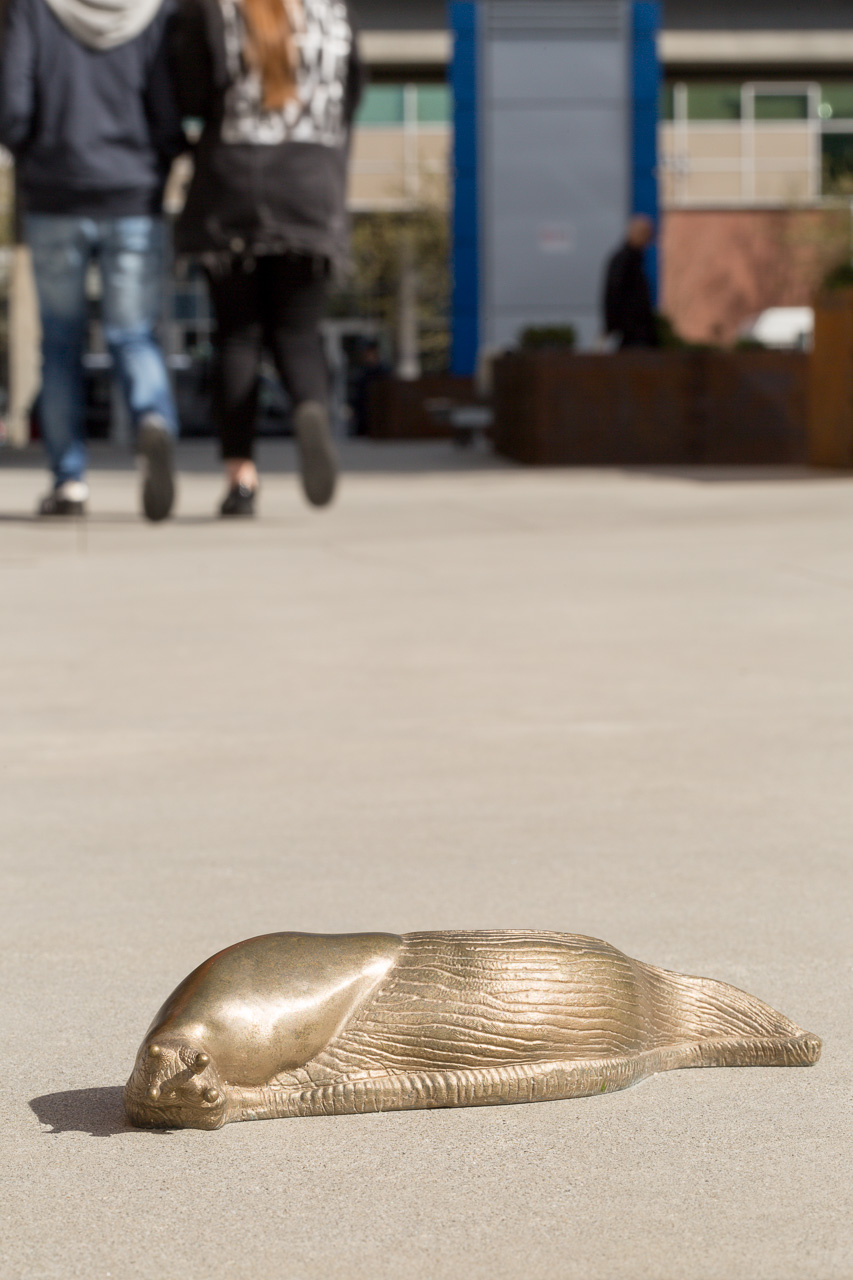