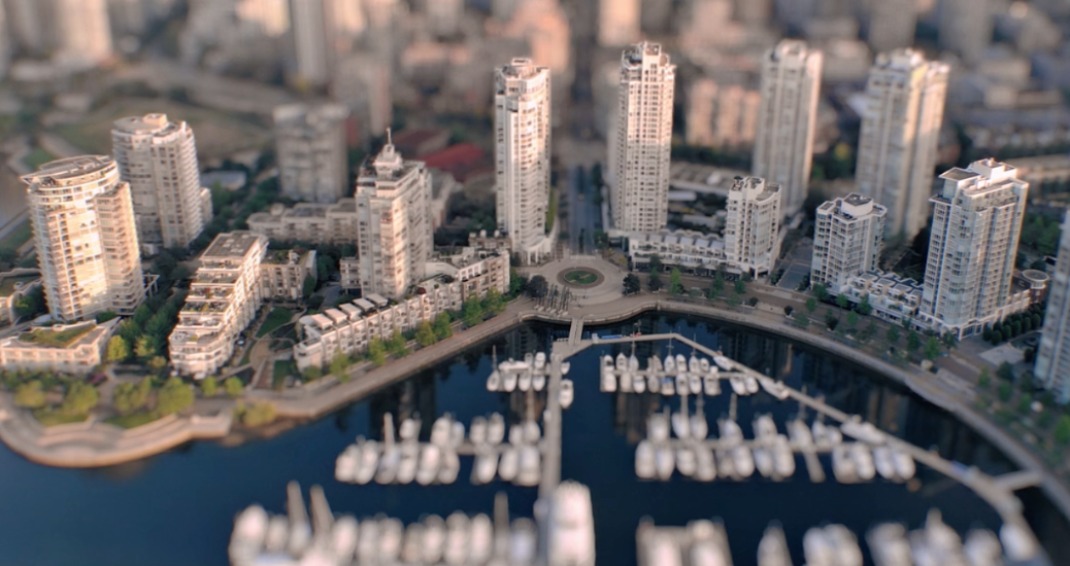 After living on the west coast for three years and having to depart in 2019, British ex-pat, Jack Dunn, decided to pay tribute to Vancouver with this stunning film that reimagines the city as a much smaller version of itself.

Vantage is a short film showcasing Vancouver as a miniature city. Dunn takes his audience on a small ride, giving them the opportunity to witness a different perspective on bustling urban life.

“I was recovering from a broken wrist (the joys of skateboarding) and missing out on the ski season. I, therefore, turned my attention to another passion, photography, and started experimenting with different styles and ways of photographing Vancouver,” Dunn told Daily Hive.

“It was great to take advantage of the city’s many tall buildings. I enjoyed getting up high and capturing life below. I found it fascinating seeing the small details that you may not notice at ground level, and this gave me the idea of creating a film that would focus on the life of the city.”

Vantage wasn’t always supposed to portray Vancouver as a miniature city but, the COVID-19 pandemic changed Dunn’s perspective. Thankfully, he was able to finish all his photography before it hit and was able to continue making his film while much of the city was shut down last spring. It was during the post-production that he decided to switch gears.

“As 2020 progressed and the full impact that lockdown was having on people was becoming clear, my vision started to shift,” he said.

“I had initially set out to capture how great the city was and to show all that it had to offer. However, what the pandemic has shown us is just how important normality is. So I started to remove some shots that glamourized the city and replaced them with shots of everyday life as at that time, it felt as though that was what the world needed.”

Despite being his first short film, Dunn is a not stranger in this field. He’s worked in the film industry as a visual effects artist for many years, which is exactly what drew him to Vancouver.

“The flourishing film industry was one of the main attractions for me when moving to Vancouver,” he said.

I feel immensely lucky to have worked on large Hollywood feature films, including Spiderman: Into the Spiderverse whilst living in Vancouver, but I wanted to work on a project where I had full creative control. It was great to take the knowledge of filmmaking that I had built up and apply it to my own ideas.”