Another day, another B.C. music festival announcement! In addition to the Pemberton, Squamish and FVDED concerts, local music fans can now add SHOREFEST to their summer bucket lists.

More than 20 free concerts will take place at English Bay and Sunset Beach Park in conjunction with the city’s 25th annual Honda Celebration of Light. Canadian idols Platinum Blonde get the party started on Saturday, July 25, the same night that China kicks off the world’s longest-running offshore fireworks competition at English Bay.

The celebration continues Wednesday, July 29, with Brazil in charge of the pyrotechnics while Canadian Hall of Famer Randy Bachman takes the stage. Vancouver’s own Chilliwack closes the festival on August 1 while Canada is set to dazzle in the fireworks competition. 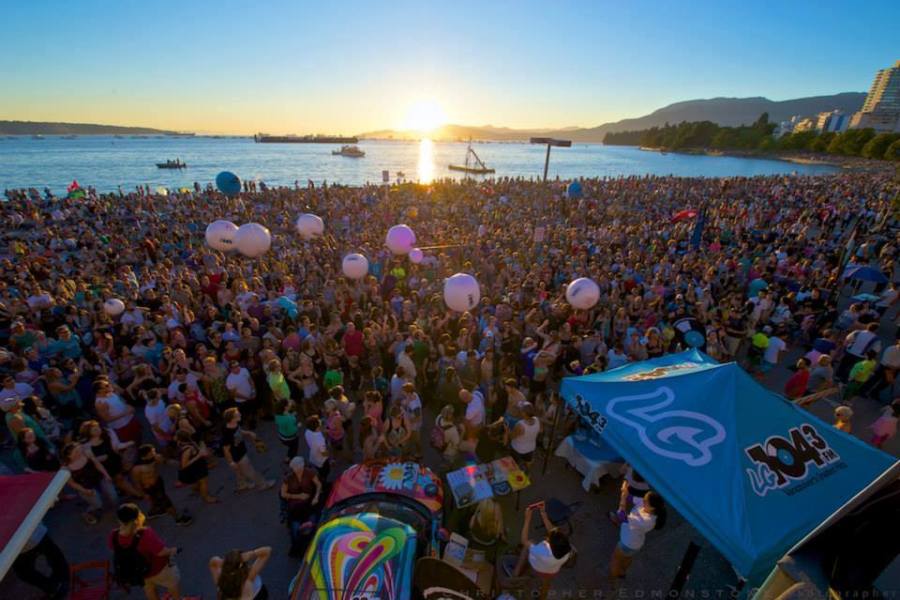 In addition to the headliners, local musicians will have a chance to shine during the festivities. Harry Manx, Colin Linden and Daniel Wesley will appear on the Sunset Beach stage while Bend Sinister, Dustin Bentall and Kuba Oms will perform at English Bay.

According to sponsor LG104.3 FM, festival organizers are expecting more than one million visitors at this year’s SHOREFEST. Vendors are open for business each day at 2:00 p.m. and attendees can take advantage of the new Stanley Park Brewing Bistro licensed area.

The fireworks will begin each night at 10 p.m. with accompanying music being simulcast on LG104.3 FM. For more information on what promises to be Vancouver’s biggest beach party, connect with SHOREFEST on Twitter using #SHOREFEST and @LG1043.