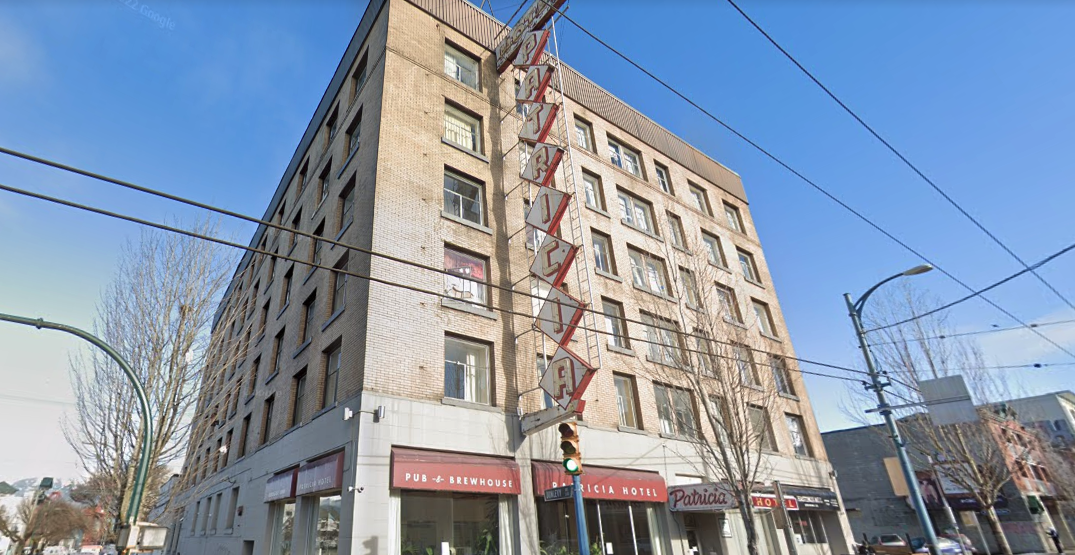 A man died in a “police-involved” shooting in East Vancouver on Thursday.

The Vancouver Police Department responded to reports of an assault with a weapon in the Easting Hastings and Dunleyy Avenue area just after 4 pm.

Shots were soon reported from inside the Patricia Hotel.

While on the scene, officers were “confronted” by a man and shots were fired, leaving a man in his forties dead, a VPD spokesperson told Daily Hive in an emailed statement.

The Independent Investigations Office (IIO) of British Columbia — which describes itself as a “civilian-led police oversight agency” — was notified of the incident immediately.

The IIO investigates incidents where the action or inaction of a police officer has led to serious harm or death, regardless of whether they’re on or off duty.

The IIO is investigating.