At just 12-years-old, Burnett is advancing to the Top 12 semi-finalis in YTV’s talent competition The Next Star, which premiered its seventh season on Monday night.

Burnett is hoping to wow the judges with his songwriting abilities and multi-instrumentalism (he boasts being able to play the guitar, piano, ukulele, drums, bass and viola).

This year, he has the added pressure of having to impress Bieber’s guitar player Dan Kanter, who replaces singer Keshia Chante as judge. 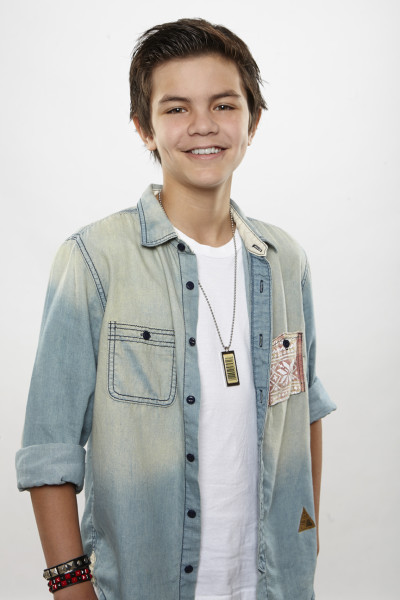 But Burnett has faced this type of pressure before, having made it to the finals in two prior reality TV singing series in his native Thailand — K-POP Star Hunt 2 and The Trainer 5.

Now, after having moved to Surrey, Burnett wants to bring his success to the North American market. Being made a semi-finalist on the series is the culmination of open mic performances and busking over the years.

His YouTube channel features the usual cover songs you’d expect (One Direction’s “What Makes You Beautiful” and of course Justin Bieber’s “One Time”). But among his uploads are also original songs he wrote as a 9-year-old, played on piano.

The Next Star selects competitors across Canada under the age of 15 who want to become ‘the next star’ in pop music. The series has birthed musical artists like first-season winner Alyssa Reid, who went on to work with bigger artists like Hedley, Danny Fernandes and Emily Osment.