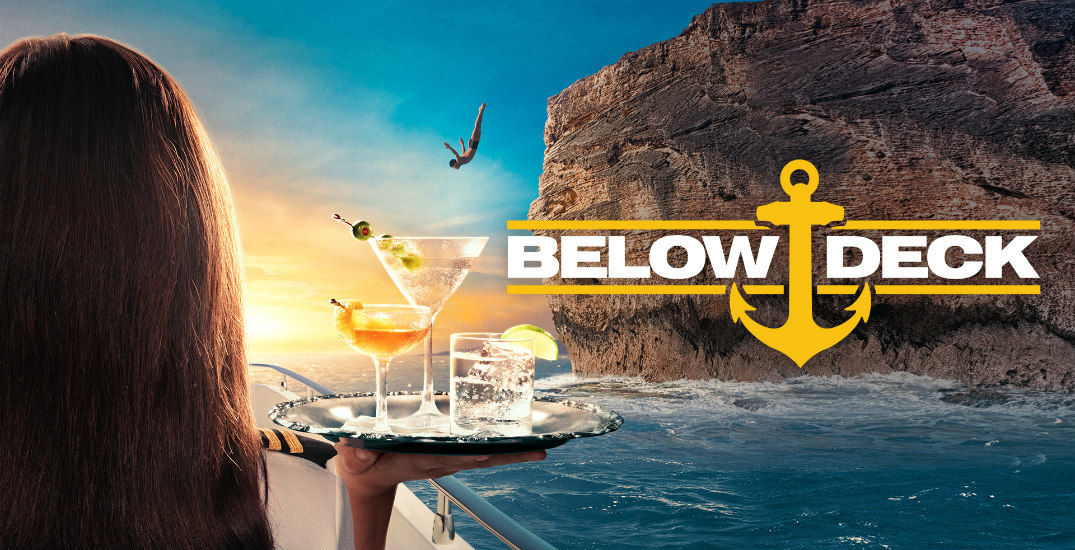 Warning: the following article contains spoilers for Below Deck available to stream on hayu (aka if you want some of the show’s sassiest scenes to remain a surprise, stop reading now).

Ready to set sail on a trip down memory lane?

For those who are already fans of the hit reality series Below Deck, you might watch it for an all-access pass to a diverse cast of crew members (aka “yachties”) who band together to run a superyacht for a charter season. Or maybe you watch it for a glimpse into the lives of the super wealthy (and often super inebriated) guests who book the cruises. If not, you definitely watch it for the romance, tension, gossip, and high drama that go hand in hand with the high seas.

If you haven’t yet discovered the show in all of its binge-worthy glory, we’ve got your back. All seasons of Below Deck and its equally engrossing spinoffs, Below Deck Mediterranean and Below Deck: Sailing Yacht, are available to stream on hayu. We did the math, and that adds up to approximately 17 seasons (or 261 episodes) of reality TV ready to be streamed anytime, anywhere. And did we mention the newest season is now available to stream as well?

Need extra encouragement to watch or rewatch the series and its spinoffs? Well then batten the hatches, people! Here are some of the most shocking moments from the Below Deck universe.

1. Rocky ends an argument with Captain Lee… by jumping off the boat 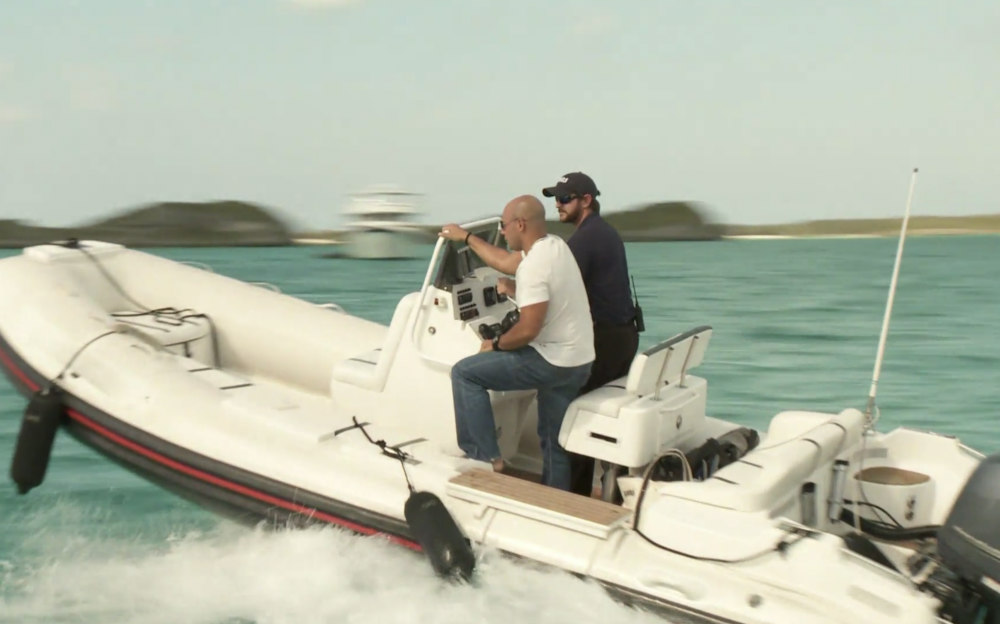 Put this one down for “most creative ways to quit your job.” After Captain Lee fires the yacht’s chef for accidentally starting a fire in the galley while cooking a pizza, Rocky jumps ship — literally. While it seemed like we’d seen the last of the free-spirited deckhand, she ultimately returned to the ship (with a little coaxing from Eddie). 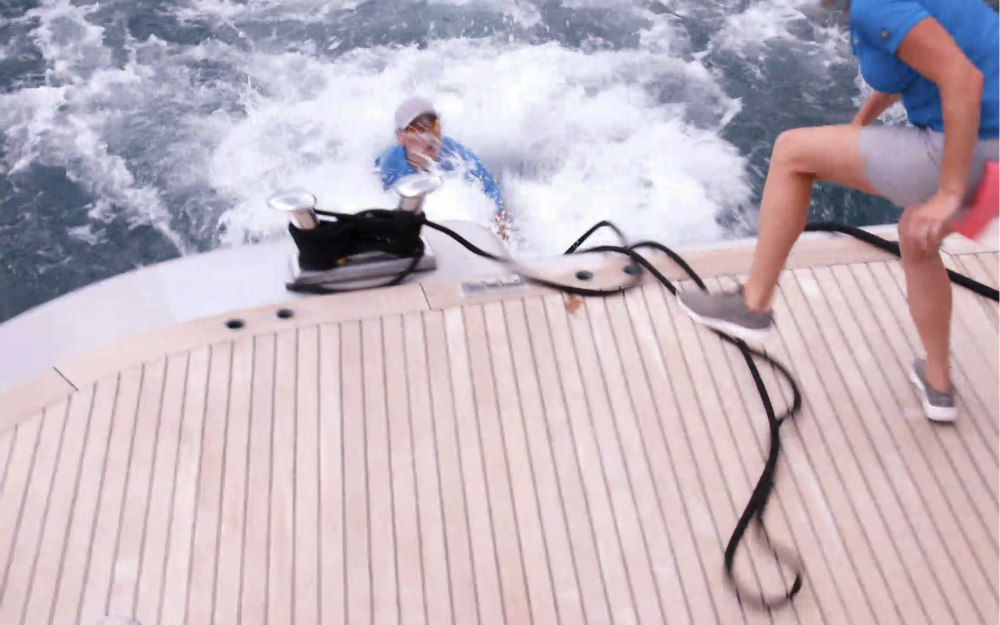 This is a moment that had fans collectively holding their breath and reminded everyone of the real dangers the crew members face on a daily basis. While working at the back of the boat, Ashton is yanked overboard when his leg becomes tangled in a rope used to tow the tender. Thinking fast, one of the cameramen leaps into action, rescuing Ashton by loosening the rope and allowing him to swim to safety.

3. Captain Lee cancels a charter in the middle of the night 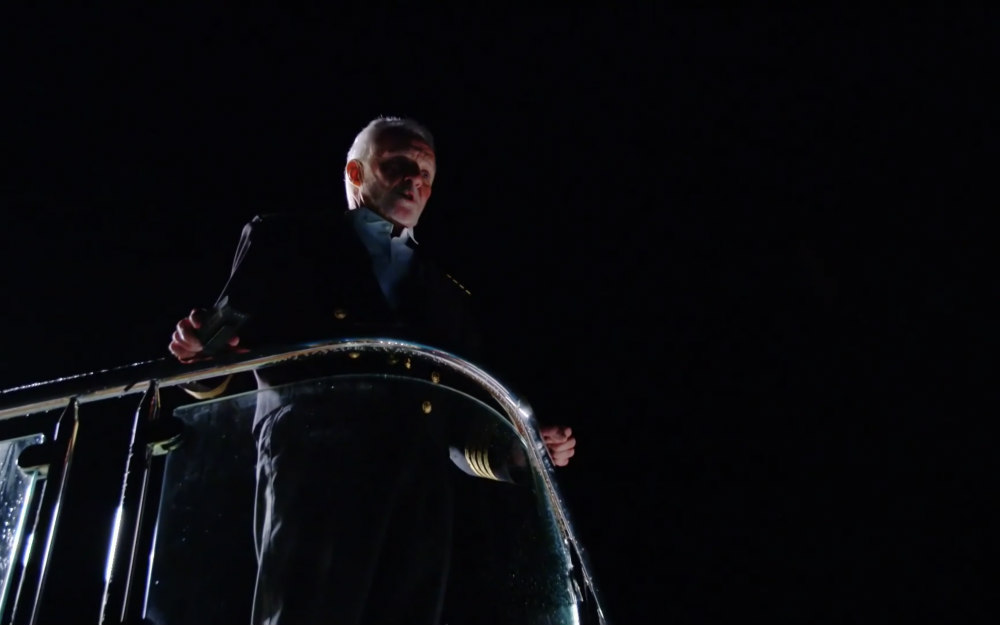 Despite his gruff exterior, Captain Lee is often a model of patience: attending dinners with drunk guests and wearing ridiculous costumes at the request of the stews. But he has a zero-tolerance policy when it comes to unsafe behaviour, which is why he angrily cancels a trip mid-charter after one of the guests ignores his rules and jumps off the boat for a late-night swim. Really, Dolores?

4. Hannah is caught with unregistered drugs on board 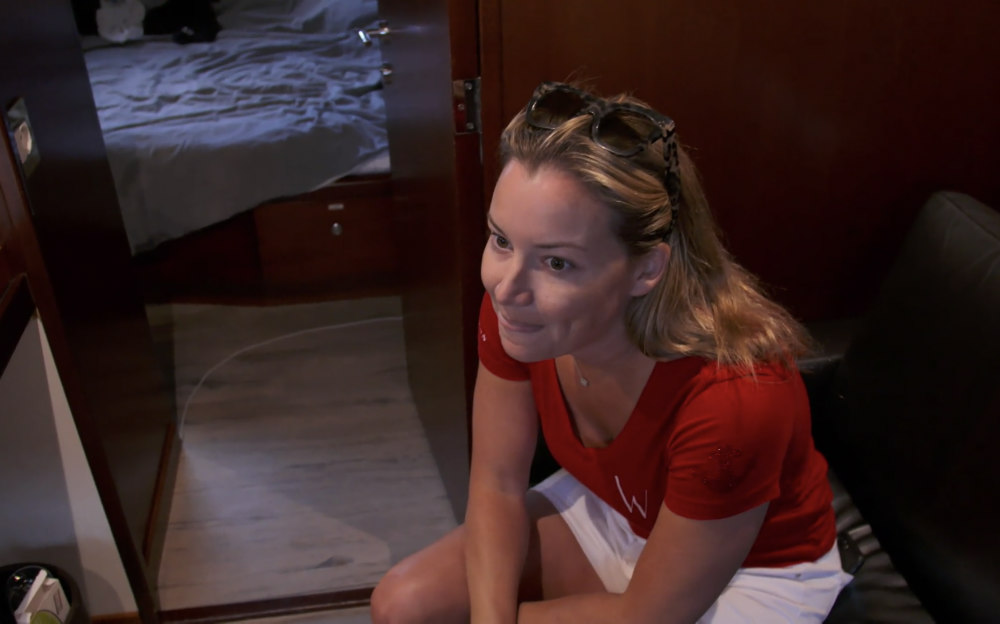 The departure of one of the longest-running stars of the show was a major moment in the series. Whether you’re Team Malia or Team Hannah, it’s hard to pull away from the scene where Captain Sandy fires Hannah for allegedly possessing unregistered drugs on the yacht.

5. The only thing worse than Chef Mila’s attitude is her nachos 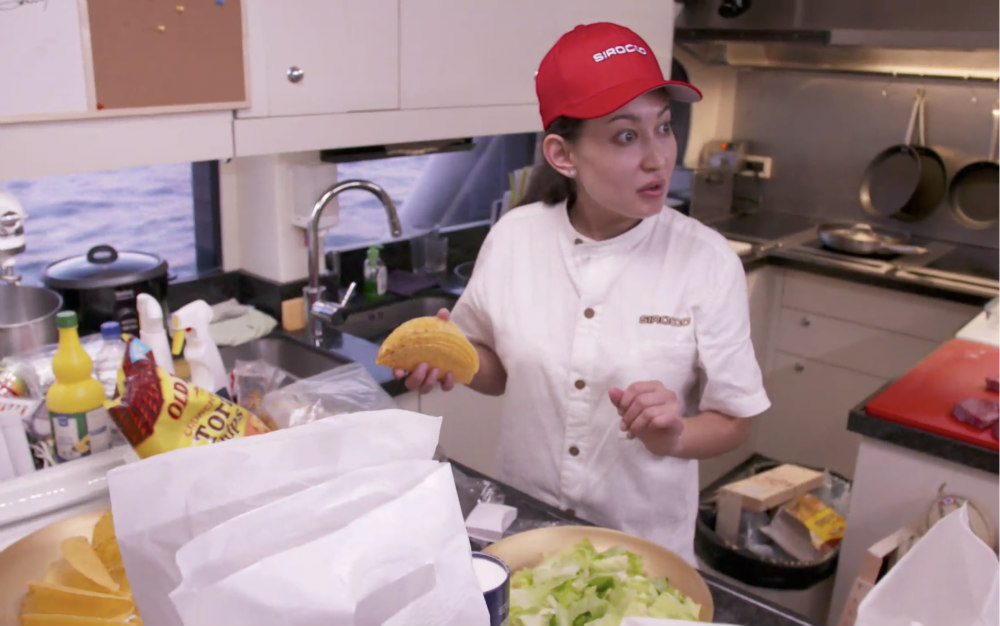 When you book a luxury charter yacht, you probably expect to be served lobster tails, caviar, and filet mignon. What you don’t expect? Pub-style nachos smothered in prepackaged cheese and topped with canned corn and jarred salsa. Apparently, the guests agreed, and Chef Mila departed the boat before the next charter.

6. Captain Glenn and the crew suffer not one, but two yacht crashes 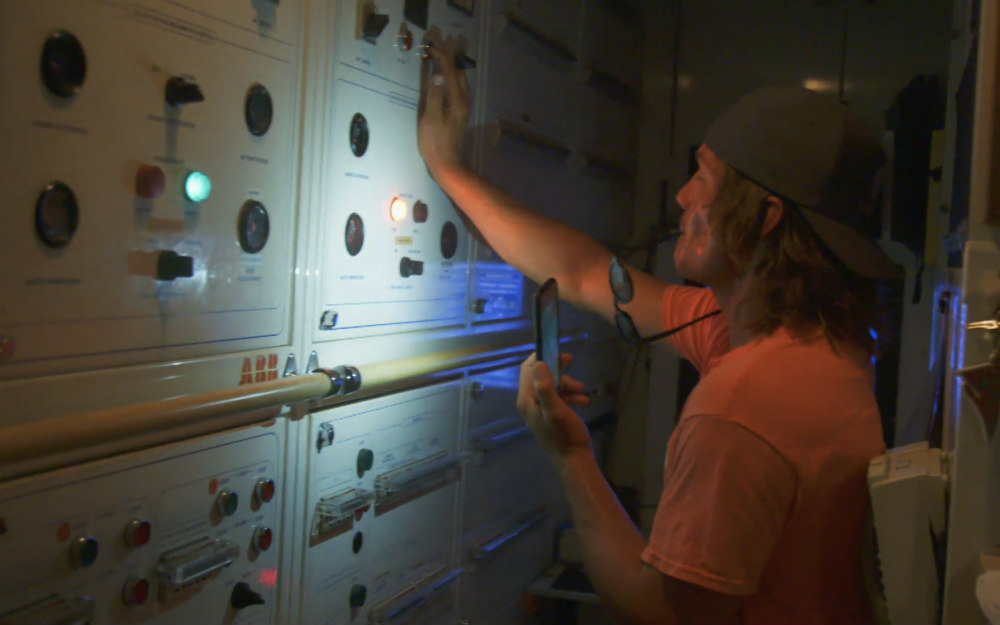 It’s hard to use the phrase “smooth sailing” after watching Below Deck: Sailing Yacht. The spinoff, which sees a crew manning a 177-foot sailboat, encounters one of its most dramatic moments when Parsifal III malfunctions while docking and crashes into a concrete pier. Nothing a coat of paint can’t fix, right? 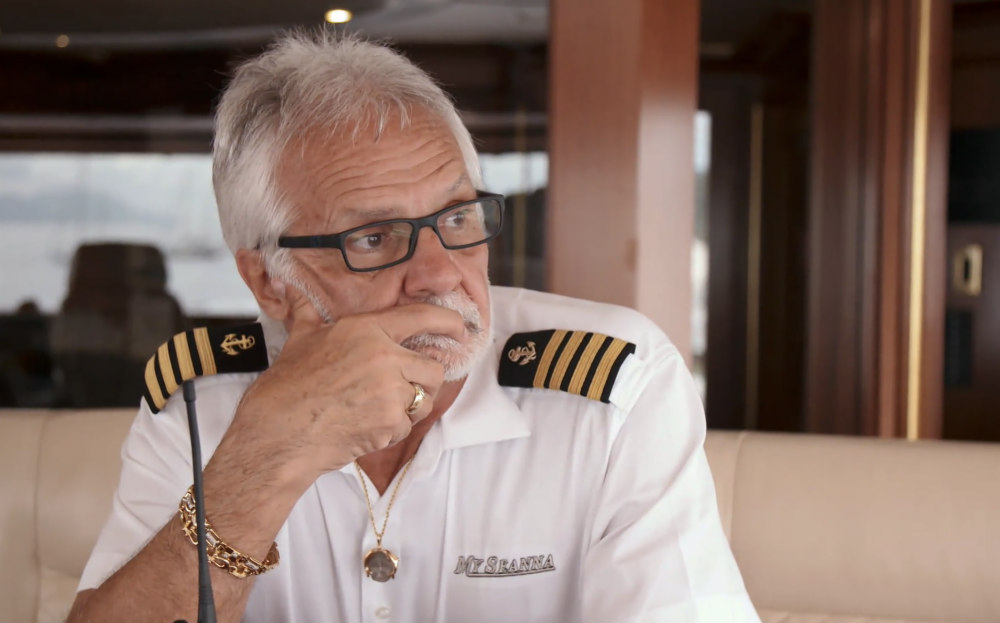 When it rains it pours, especially in Tahiti. After saying goodbye to Chandler, the crew is surprised to learn that Caroline will be departing, too. The third stew initially gives two days’ notice, but when she refuses to work, she is unceremoniously and loudly kicked off the boat by Kate and Josiah.

8. Hannah breaks yachtie code when her flirtatious relationship with a charter guest is exposed 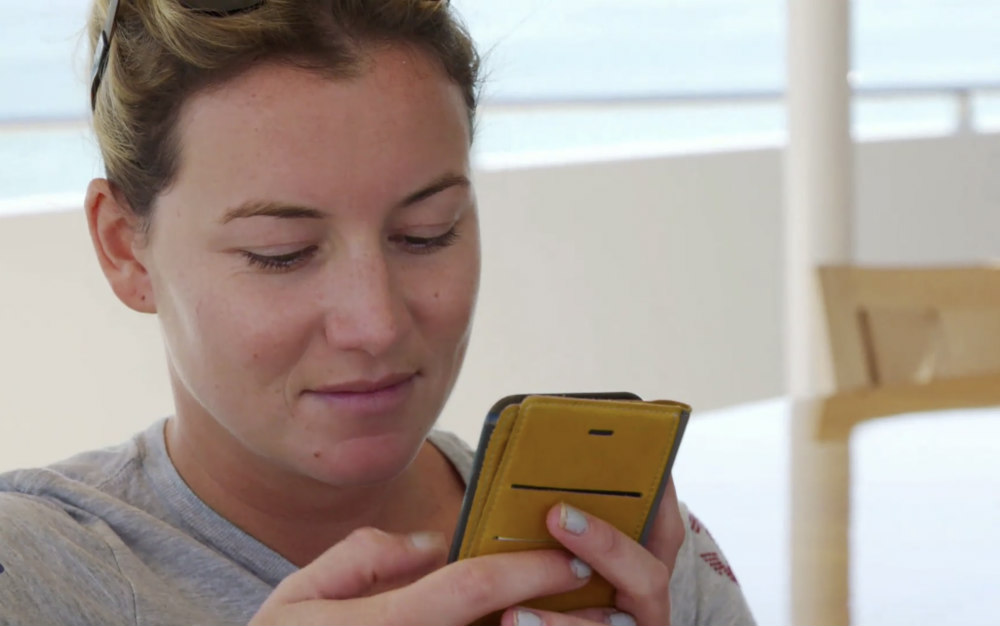 Among the first rules of yachting: don’t hook up with the charter guests. But when Bugsy discovers that Chief Stew Hannah has been exchanging flirty messages with a billionaire guest, it brings her commitment to her job into question. Hannah’s rebuttal: they got a good tip out of it all, didn’t they? 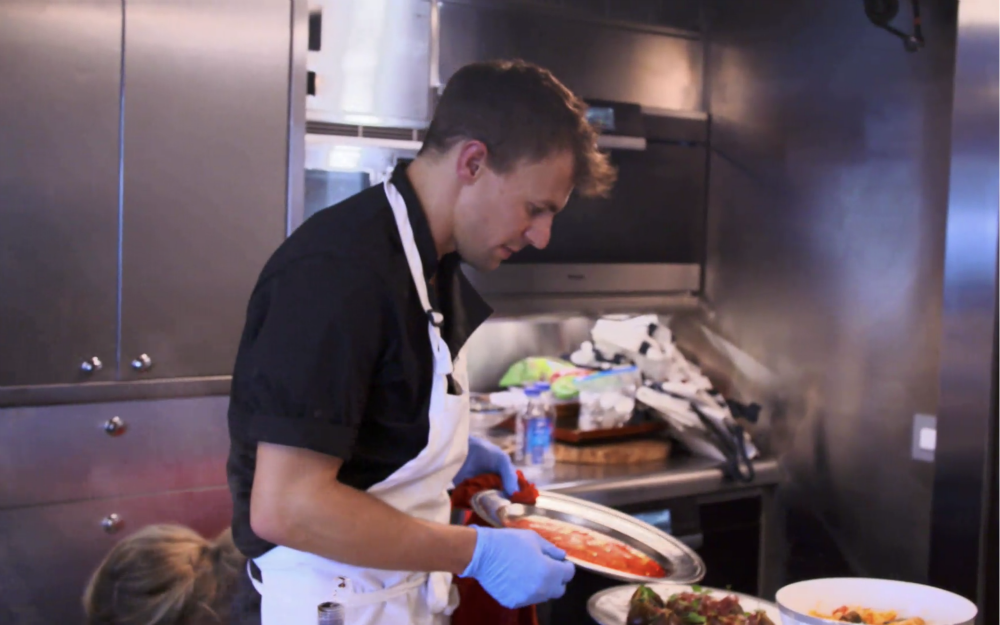 There’s no use crying over spilt milk, but what about frozen fish? Chef Tom and Captain Sandy exchange heated words after Tom is repeatedly frustrated by substandard food provisions. But Tom soon learns — in Sandy’s words — he’s chosen the “wrong person to piss off.”

10. A hot tub party boils over when nasty words are exchanged 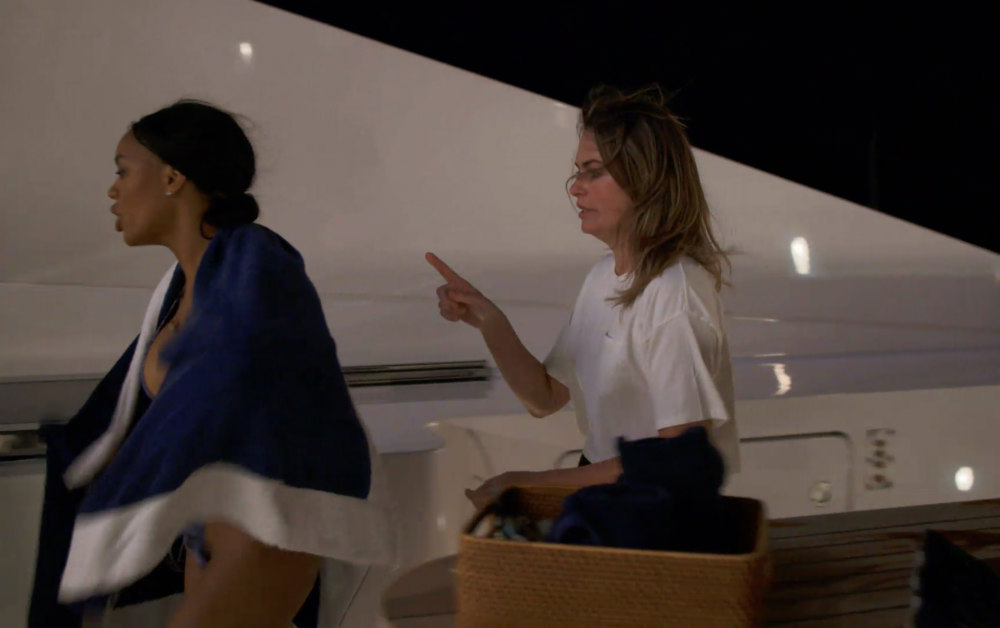 Just when you think you’ve seen everything Below Deck has to throw at you, there comes a moment so shocking that it lives in your head rent-free. In Season 6 of Below Deck Mediterranean, that moment came when Lexi unleashes a torrent of insults during a late-night hot tub session, even manhandling a fellow crew member and rubbing her chest in his face. It’s a scene that has to be watched to be believed.

You can catch all these jaw-dropping moments from Below Deck and its spinoffs on hayu. For just $5.99/month, hayu offers thousands of hours of top reality content, all in one place including other iconic series like Keeping Up With the Kardashians and The Real Housewives, meaning you’ll never run out of new episodes to watch. It also makes for the ultimate digital stocking stuffer this season (or, a perfect gift for yourself).