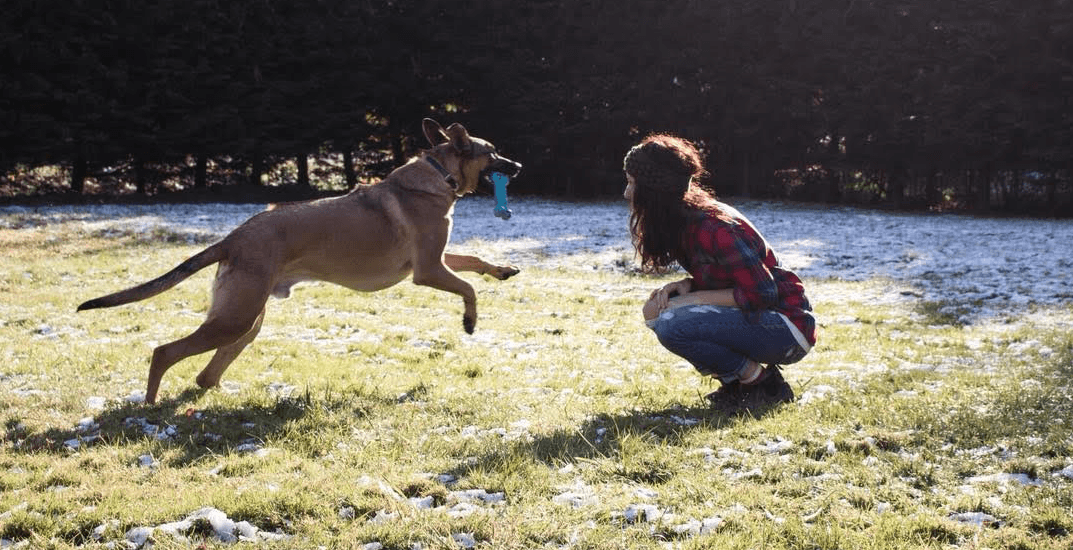 Written for Daily Hive by Annette Dimitroff, a dog owner living in Vancouver who does not agree with the recent plea by the BC SPCA for people to stop using shock collars.
The animal welfare agency says short or long-term use of the electronic or e-collars, that deliver an electrostatic shock to the neck, is associated with high levels of stress, phobias, fear and increased aggression in dogs, and can cause physical harm, including burns.

Never in a million years would I have thought I would use an e-collar or write letters in support of them. I grew up on a farm with the most amazing dogs a child can have — formal training was never considered or needed.

Then I got Tripp.

No one sets out to get a puppy and also gets an e-collar. We started with puppy classes, obedience classes, read the books, did the socializing. I was kicked out of all the group obedience classes in my town. I worked with numerous one-on-one trainers and they told me my dog (who is 125 pounds) was a lost cause. I had veterinary tests done in case it was an underlying medical issue that was causing his aggression. I spoke with the BC SPCA and they couldn’t offer any new advice, they also informed me he wasn’t a candidate to be surrendered due to his aggression, not that I would have. 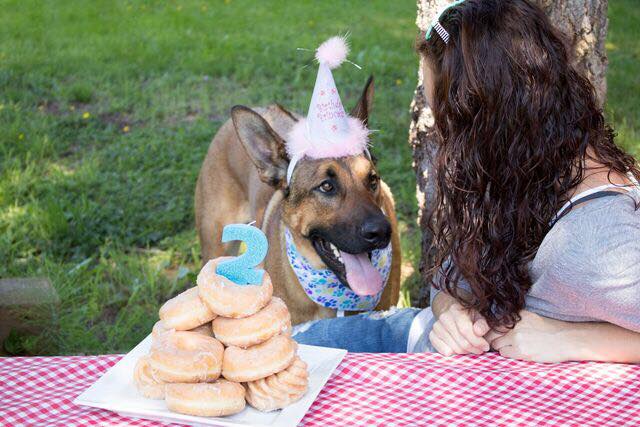 Tripp was like two different dogs. With me and people he knew he was the goofiest animal I have ever known. His huge goofy smile with a full body wag still makes me chuckle. He can be so gentle, I could stick my hand in his food dish, and take away a toy he was chewing on. He even put up with a crazy kitten using him as a jungle gym. He knew all the commands and never showed any hint of aggression.

With strangers, it was a different story. We spent hours upon hours walking and trying to socialize. He wasn’t having it. The treats that caught his attention at home were a mere annoyance to him while out in public. Every person, no matter how far away, was looked at with suspicion. He was on guard, stressed, constantly alert and high strung. We had to cross roads to pass people. I had to drag him into the bush if we were passing on a trail. I did all the stuff recommended: “Sit,” “look at me.” I would cover his eyes; block his vision with my body, treats once he calmed down. I had trainers join us on walks. He got worse as he got bigger. He was scared of strangers so he barked, growled and lunged. And it worked: strangers didn’t come near us.

Every time he reacted aggressively it reaffirmed in his mind that the aggression worked, the threat backed off. 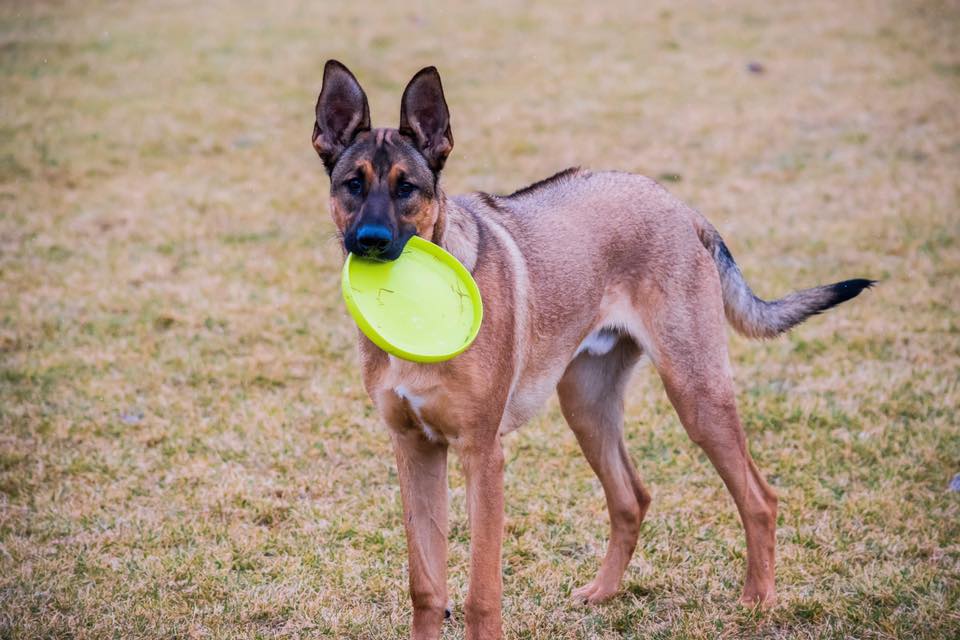 The final straw was him lunging and snapping at a man we were walking past — unacceptable. A dog can’t behave like that, muzzled or not. To reiterate, at this point I had done everything — money, time, and resources were never the issue. I had tried everything. I was to the point where I was having nightmares about this 125-pound dog attacking someone, being euthanized and myself getting sued. A decision needed to be made. Does he get put down? A few vets had already suggested it. Does he become purely an at home dog? What kind of life is that?

I made probably the hardest decision of my life. I sent my baby away to a behavioural specialist that works with aggressive dogs and e-collars. He came back a different dog. It was simple. When he showed aggression, he got a shock. He fast learned that his aggression had consequences. I also then had strangers give him treats so he learned he couldn’t act aggressively and also that new people really aren’t that bad. I wish I had gone to the e-collar earlier, before things had gotten so out of control. 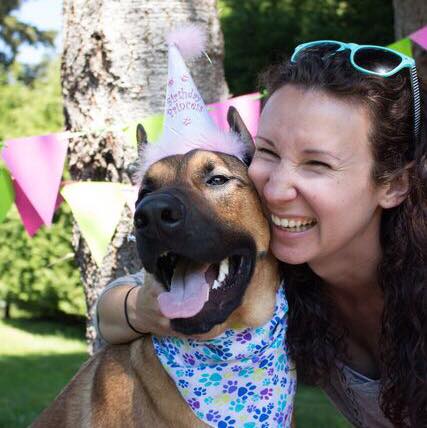 The Tripp that I always saw is now the dog everyone sees. He is excited to meet people at the door, he gets a treat from drive-thru workers, he is a regular at Rona and Canadian Tire with me, we walk downtown and the waterfront. We hike off leash and he will go up and meet people we encounter. He is relaxed, confident, calm, and most importantly, happy.

I had some trouble finding even one photo [of Tripp] with the e-collar because we don’t even use it anymore.

I understand e-collars aren’t a pleasant subject. We all hope to have a happy go lucky dog but sometimes despite our best intentions, that isn’t the case. No one is using an e-collar as the first resort and they aren’t needed for the majority of dogs. But when they are needed, they truly save lives, human and dog. 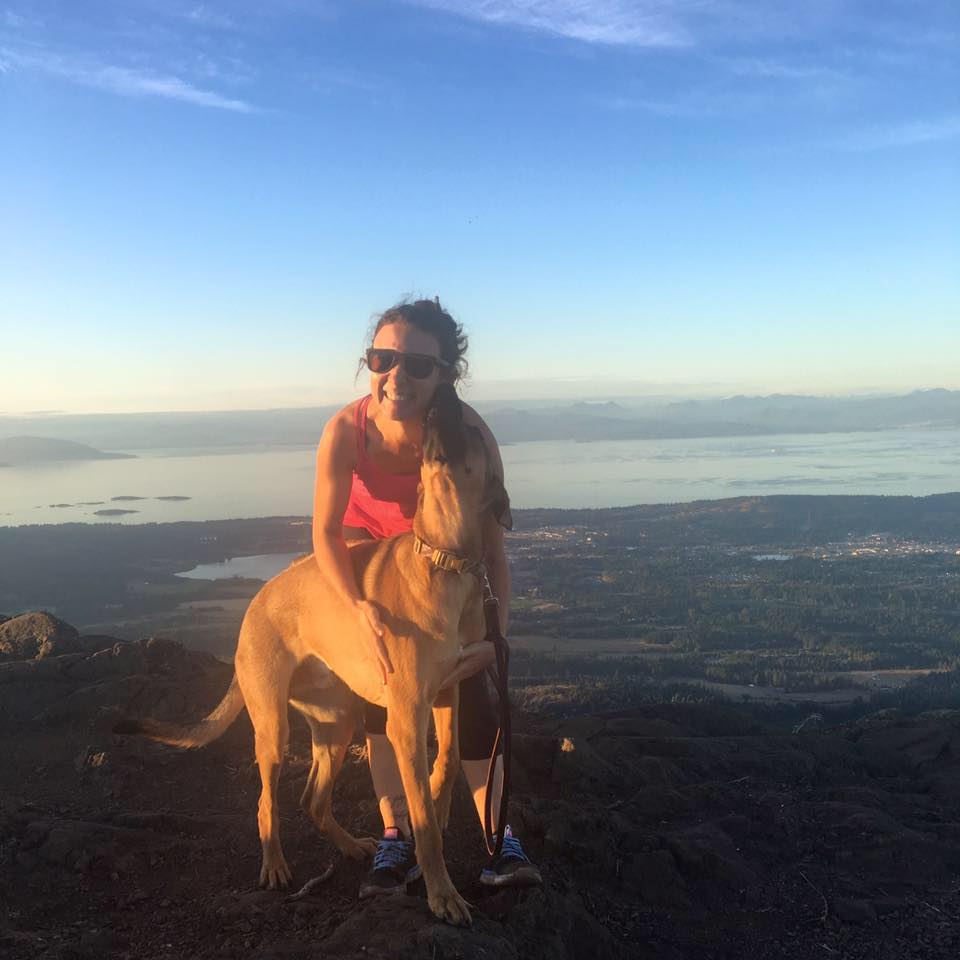