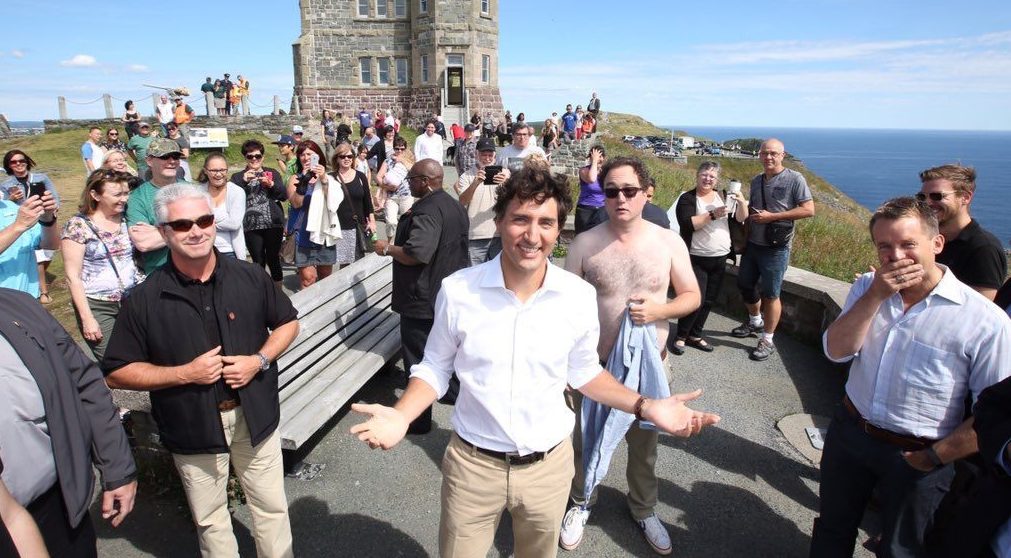 The tables have turned for Prime Minister Justin Trudeau.

Trudeau was in St. John’s on Monday visiting Signal Hill when there was a familiar sighting. As Trudeau toured the Hill in Atlantic Canada with MP Seamus O’Regan, a photo was taken capturing a shirtless Mark Critch behind the Prime Minister.

The Comedian and Newfoundland native, Critch tweeted the photo, apologizing for “accidentally photobombing” Trudeau’s picture and used the hashtag #shirtlessTrudeau.

A shirtless Trudeau recently made headlines for photobombing a wedding in Tofino. The Prime Minister posted a few photos of his St. John’s tour on his twitter… and he had his shirt on, of course.

No visit to St. John’s is complete without seeing Signal Hill. Thanks for the tour @seamusoregan & @nickwhalenmp! pic.twitter.com/RmwXbGz7sm