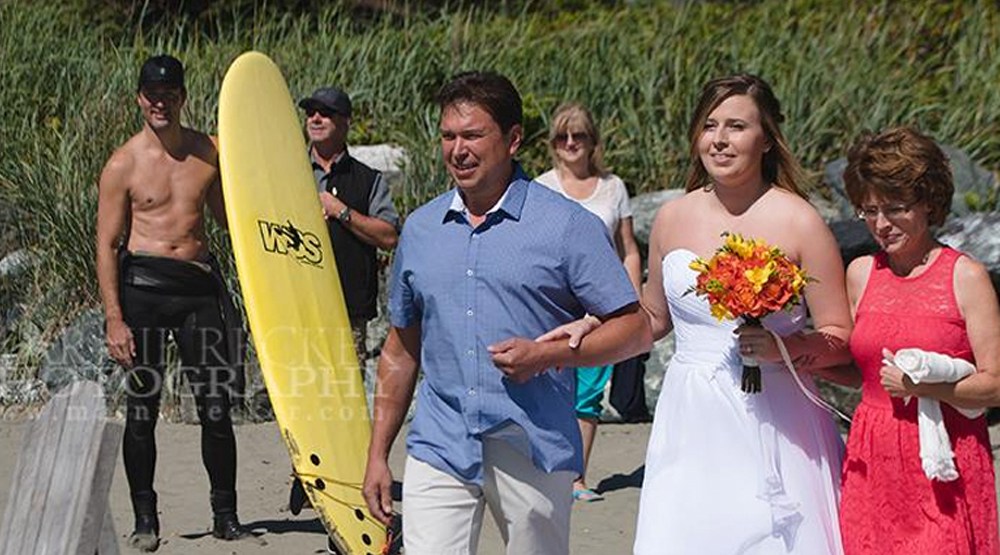 A surf-ready Justin Trudeau was accidentally photographed in a Tofino wedding photoshoot by local photographer Marnie Recker. Holding a Westside Surf School surf board, and with his wetsuit unzipped halfway (a very normal way to wear a wetsuit before or after a surf), the Prime Minister showed off a summer ready beach bod.

“When the Prime Minister of Canada accidentally photo bombs a wedding, he does it with impeccable timing and in full Tofino spirit,” Recker said in her Facebook post. “Justin was quickly leaving the beach at the same time the bride appeared and started coming down the stairs. It was her moment and he respectfully stood aside and witnessed her walk down the aisle to her husband-to-be.”

Recker later wrote that she had a few more photos of the shirtless Trudeau, but she would be saving it for later. She has also openly invited Trudeau and family to a private shoot.

“I’m happy that everyone loves the photo… I have another one that I am saving for later. It’s great that the Trudeau family had a wonderful vacation in Tofino and that they take that time for themselves so they can better serve the people they care about.”

On August 2, Tofino whale watching company Ocean Outfitters posted several photos of Trudeau and the family taking a trip on one of their vessels. 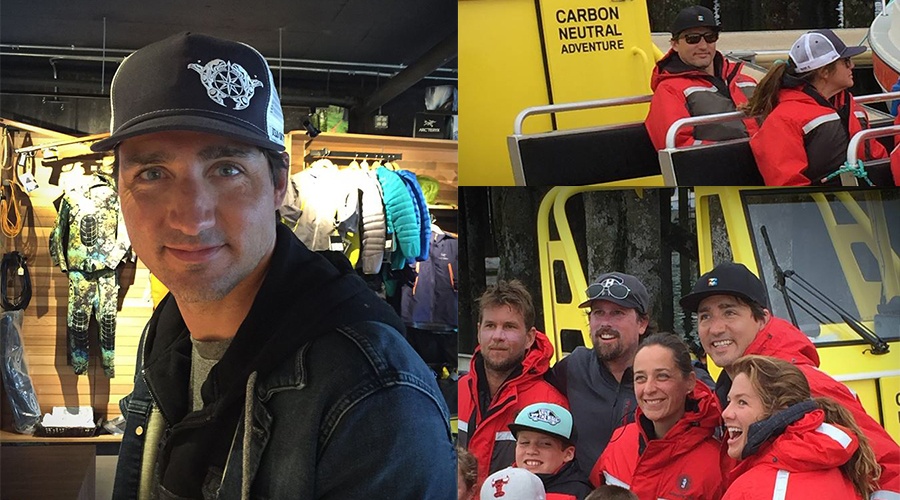 It’s unclear when the shirtless photo bomb was taken, but Trudeau was recently in Vancouver for the Pride Parade.