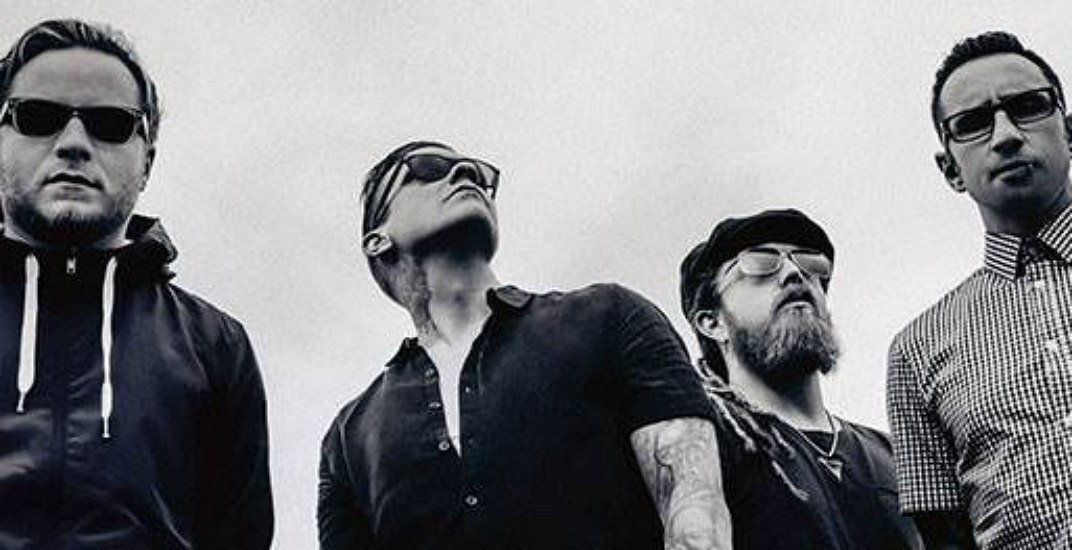 That’s right. The group who have built their name on songs both brutal in power and epic in scope have announced that they’ll be performing at the Abbotsford Centre on April 6.

Joining the multi-platinum-selling band on the night will be special guests In This Moment, One Bad Son, and 10 years.

Threat To Survival, the group’s latest album sees them take a more direct approach than their densely layered sonic palette. And not to mention the blistering track that shot to the number one spot on Active Rock Radio ‘Cut the Cord’ and the piano-laced track ‘How Did You Love’.

Yep, the multi-platinum-selling band could easily have produced their most powerful sound ever and could be offering their most important album to-date.

Now Shinedown are coming to Metro Vancouver and you’ll have the chance to see them perform songs from Threat To Survival live.

Presale tickets to the show went on sale at 10 am this morning and run through to tomorrow (Thursday, December 14) at 10 am. You can snap up yours now via Ticketmaster using the presale code TATTOO.

General ticket sales open on Friday, December 15 at 10 am.

Shinedown – In this Moment Vancouver 2017 concert