Today, more than 60 universities and colleges across Canada participate in Shinerama with the goal of raising more awareness and money to fight cystic fibrosis.

On Saturday, September 6, over 35,000 volunteers across Canada go out into their respective towns/cities to raise awareness and money for research in cystic fibrosis. From giving out hugs to shining shoes, from break-dancing to doing the dougie, students creatively raise awareness and funds for Shinerama.

What is Cystic Fibrosis?

Approximately one in 25 Canadians is a CF carrier, carrying only one defective version of the gene responsible for cystic fibrosis. Carriers do not have, and can never get, cystic fibrosis. In most cases, they are not even aware they are carriers until they have a child with CF.

When the Shinerama campaign first began, most CF patients would not be able to live past the age of 6. Today, a CF patient on average lives to the age of 49.7 years old. Shinerama has been one of the main contributors to raising awareness and funds for fighting a CF.

This year, UBC’s target is to raise $50,000 in honour of Shinerama’s 50th anniversary! They need your help to reach this target. You can sign up as an individual and meet new people in your Shine group or you have the option of signing up yourself and your friends as a Shine group.

From giving out hugs to shining shoes, from break-dancing to doing the dougie, students will creatively raise awareness and funds for cystic fibrosis research and care.

Vancity Buzz is proud to be a sponsor of the 2014 Shinerama UBC Campaign. 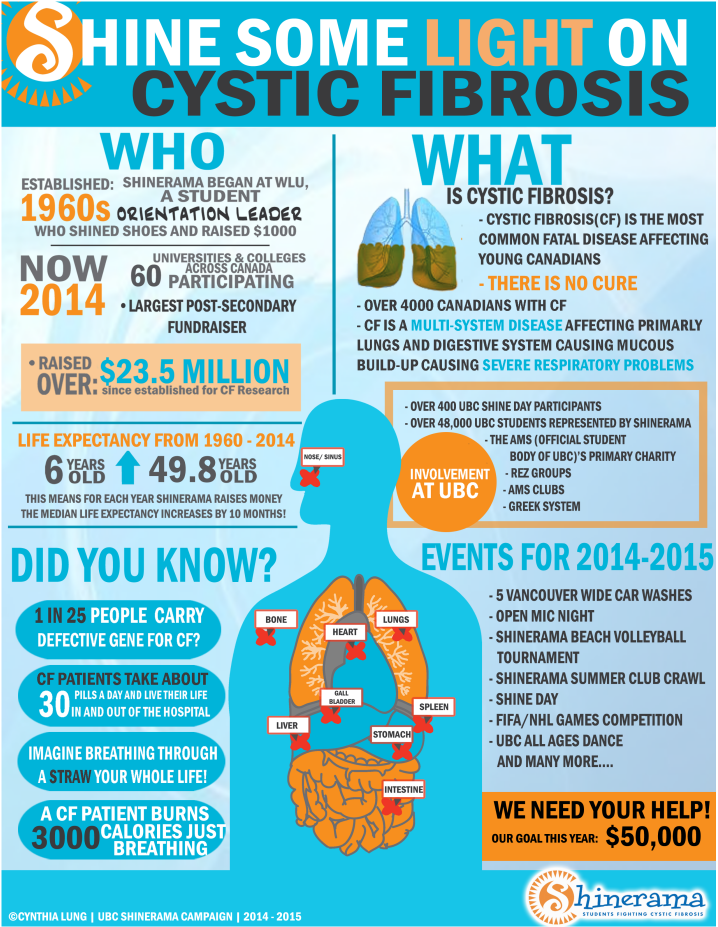