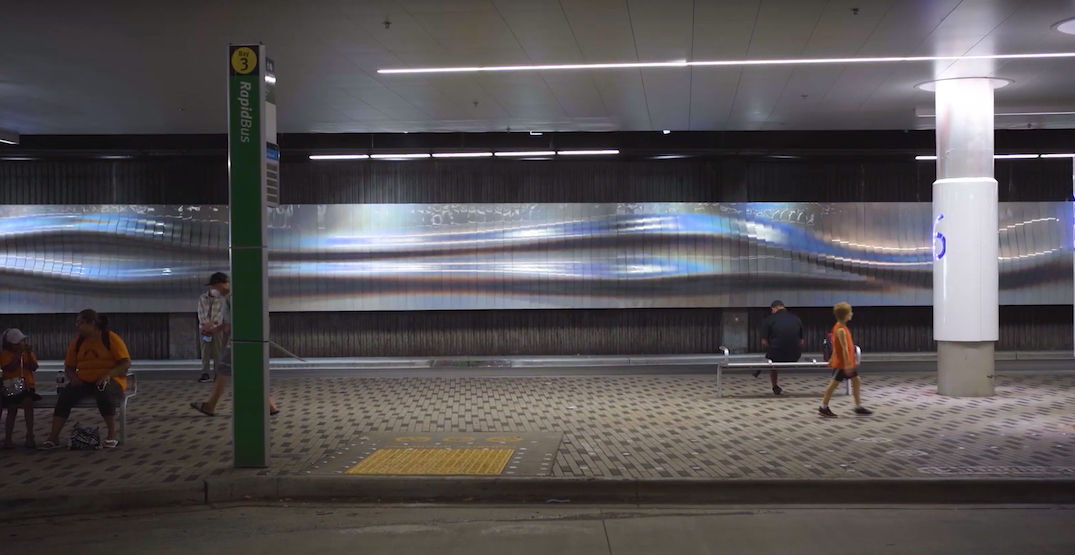 There is a new visual point of interest for the thousands of people boarding and disembarking the buses daily at TransLink’s recently renovated Lonsdale bus exchange in North Vancouver.

Wavy metal panels arranged to mimic the surface ripples of Burrard Inlet have been given a holographic treatment that accentuates the digital aspect of the installation — special coloured lighting that sweeps across the wall to represent how light interacts with water. The 12-minute looping sequence of the light feature is based on the sailing duration of each SeaBus crossing. 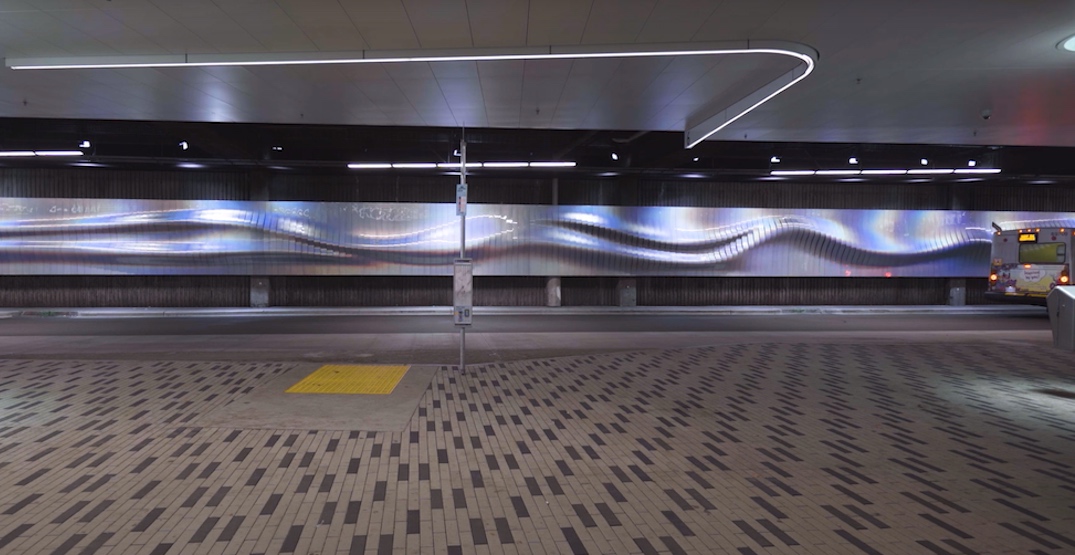 “I was really inspired by this incredibly unique journey of the SeaBus crossing, coming and visiting North Vancouver. And I wanted to extend that experience into this space… I think what’s really interesting about the piece is that although it’s a large-scale work, there are many tableaus or frames within it. That was really conceived in relation to the space because people sit and wait for the bus at the variety of stations in this bus station.”

This installation should not be confused for another ocean-inspired public art piece at the north end of the bus exchange, along a concrete wall of  Carrie Cates Court. The “Sea Change” installation, amongst 100 global finalists for the People’s Choice CODAaward, is an interactive light-based piece that activates the pedestrian and cyclist pathway in the tunnel with a watery effect using a series of LED lights. The display is similarly illuminated onto textured mirror-polished stainless steel panels installed on the wall and ground of the tunnel. 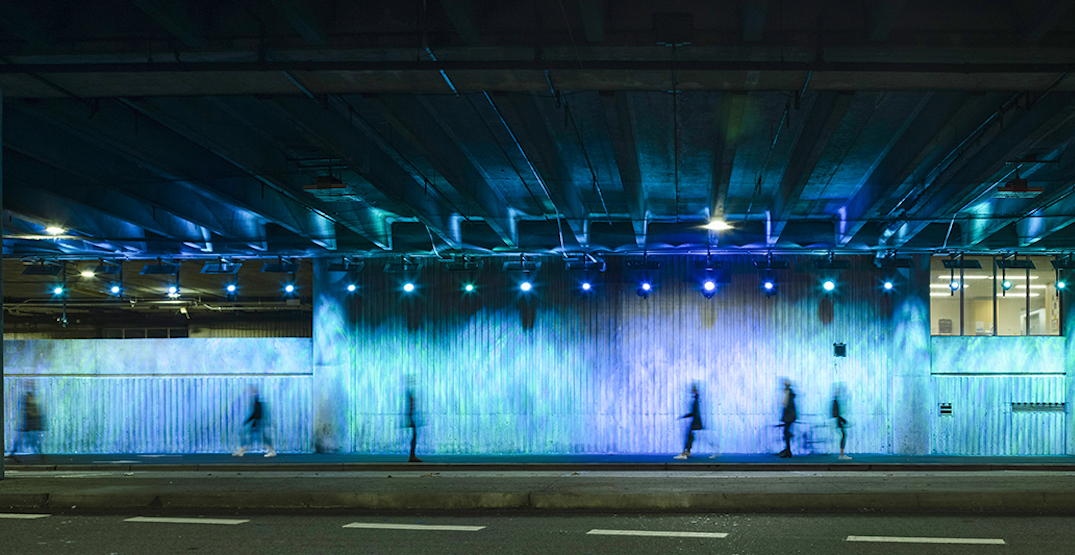 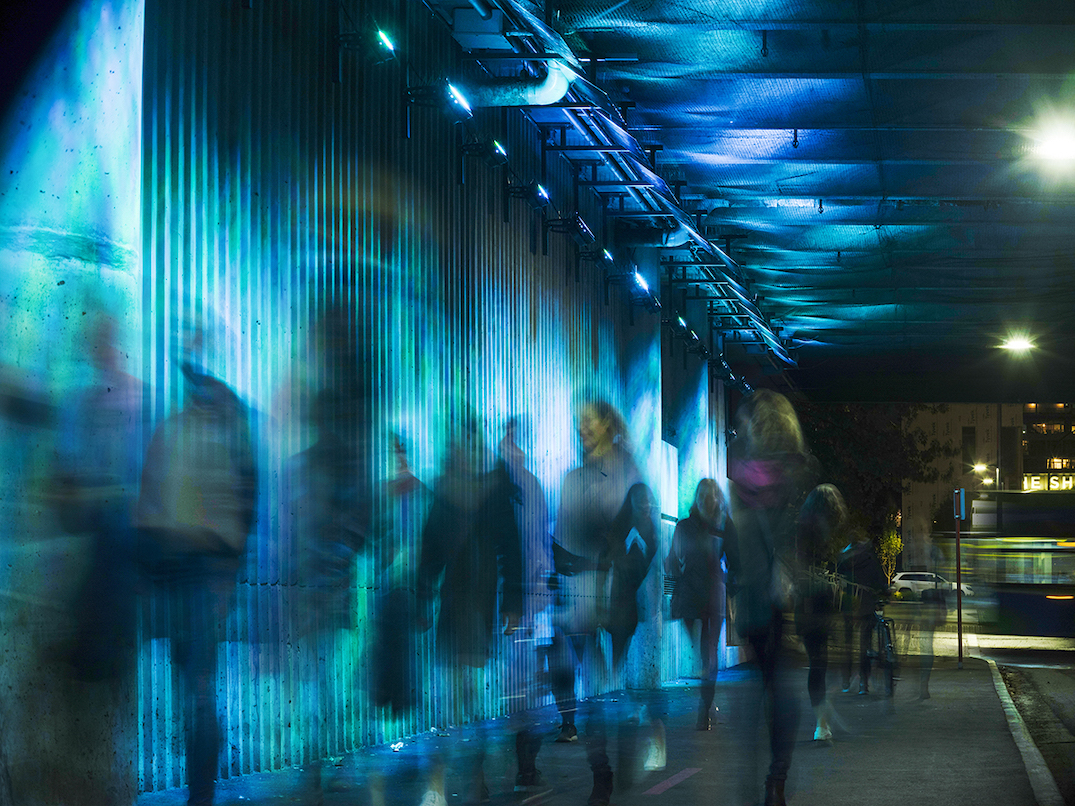 TransLink completed the $15-million retrofit of the bus exchange in late 2020, and the public art installation was installed earlier this year as a component of the project.

The upgrades entail a rebuilt bus loop island with new concrete pavers and adapted bus bays, including the ability to handle the longer articulated buses of the new R2 Marine Drive RapidBus, as well as new ceiling panels with brighter lighting, improved accessibility for wheelchairs and strollers, tactile walking surface indicators at bus stops and passenger crossings, and digital wayfinding.

While work on the bus exchange is finished, some upgrades are currently being conducted on SeaBus’ Lonsdale terminal. TransLink previously told Daily Hive Urbanized it is replacing electrical, safety, and ventilation equipment, as well as CCTV cameras, loading bay doors, and the Lonsdale terminal entrance canopy, complete with a new countdown clock for the next departing sailing. This construction work is expected to reach completion in early to mid-2022. 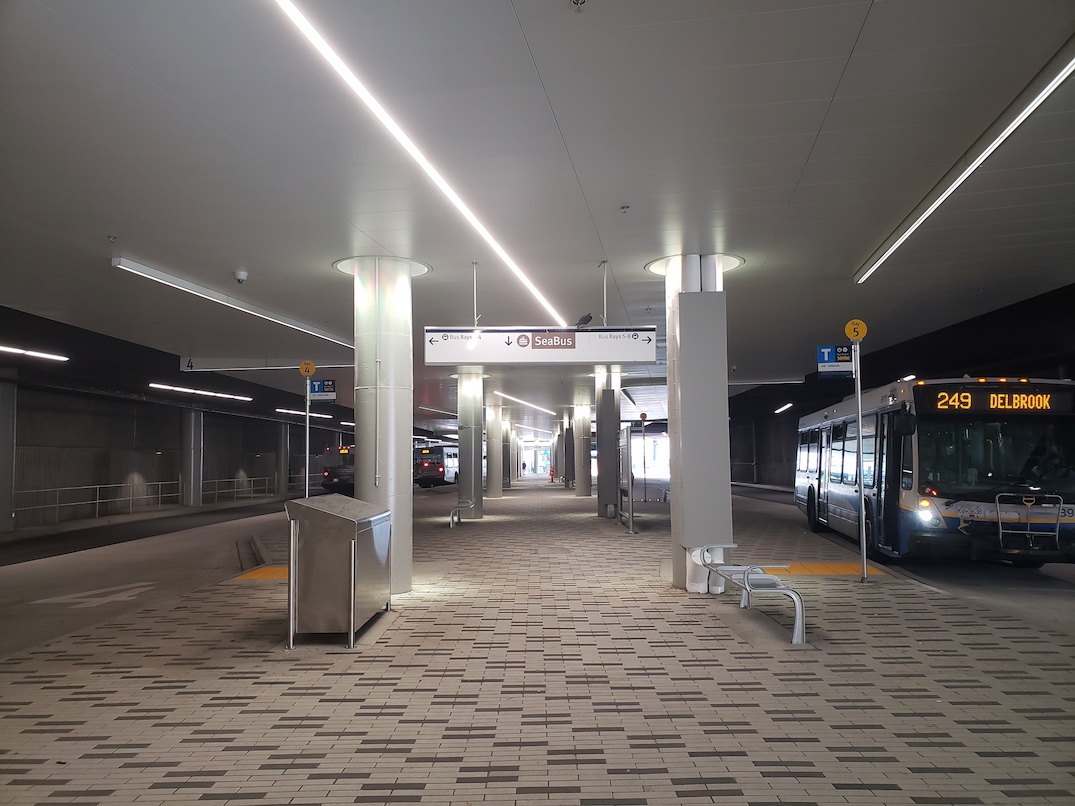 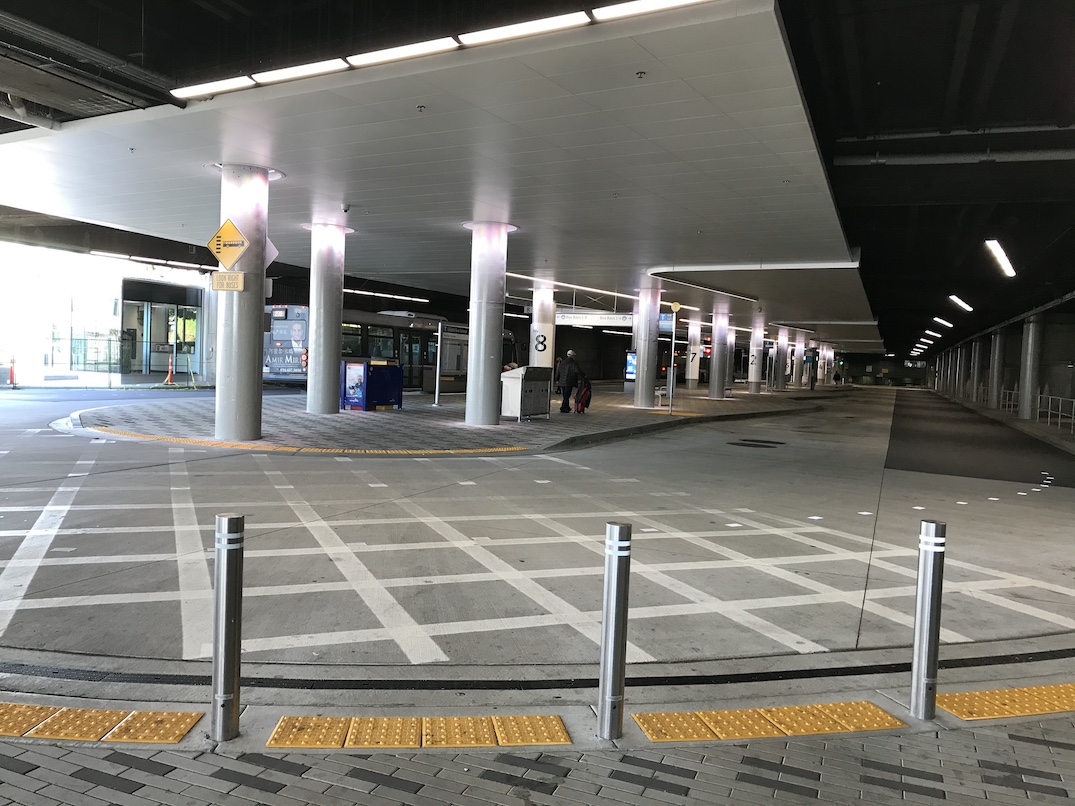 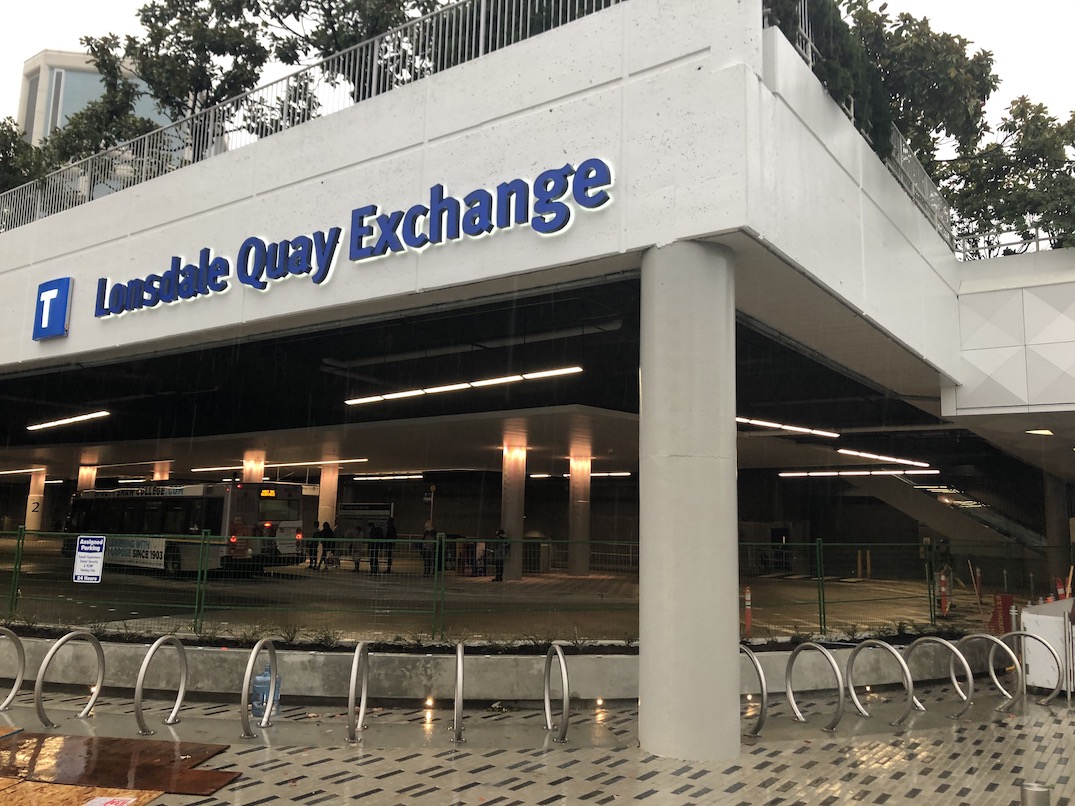