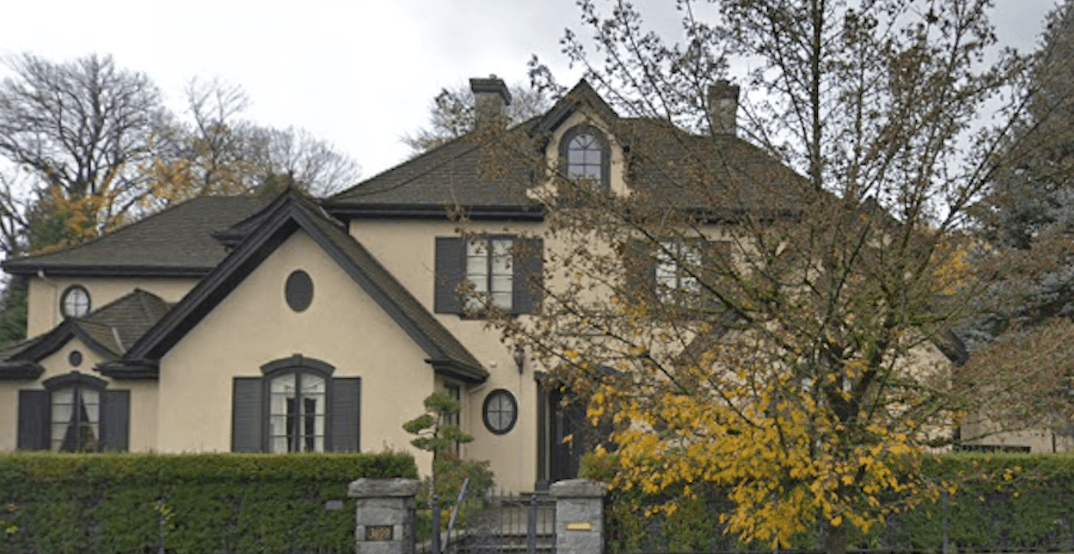 The home under question in Vancouver's Shaughnessy neighbourhood. (Google Streetview)

After the BC Supreme Court found that the buyer of a mansion on the West Side of Vancouver was the victim of “fraudulent misrepresentation,” after the seller failed to disclose that a killing had taken place on the property, the BC Court of Appeal has now reversed that decision, saying that the seller had no obligation to do so.

The case arises from the sale of a 9,018-square-foot stately residence in the city’s posh Shaughnessy neighbourhood.

In 2007, the home was owned by Mei Zhen Wang, who lived in the residence with her two daughters – one of whom, Gui Ying Yuan, was married to Raymond Huang– as well as Huang and Yuan’s two children.

On November 3 of that year, Raymond Huang was shot and killed on the sidewalk just outside the front gate to the property.

Upon learning of his death, the school where Huang’s 10-year-old daughter went to school insisted she switch schools, out of concern for her safety.

Eventually, the child was enrolled in a private school in West Vancouver and Yuan bought a home there, with the family making the move to the new community in 2008.

Wang, meanwhile, had relocated to Guangzhou with her husband and only learned of Huang’s death at the Shaughnessy house when a friend told her about the news reports on television, a few days after the incident.

Court documents state that Wang put the house up for sale and testified that she decided to sell the property, not because of the murder, but because no one was living in the house anymore.

Eventually, a buyer was found for the home in the form of one Feng Yun Shao, in 2009.

Records show that Shao heard about the listing in August 2009, and viewed the property a total of three times. After the second viewing, she inquired through the agent as to why the house was being sold, and was told the reason had to do with the Yuan and her daughters moving to West Vancouver to switch schools.

“There was no discussion of any other reason for the sale and Ms. Shao did not ask any further questions,” court records state.

On September 30 of that year, Shao learned that a “death had occurred” on the property, and took action to cancel the transaction citing a “breach of its representation in the Contract of Purchase and Sale… which our client relied upon.”

The judge in that trial ruled in favour of Shao, and said she was entitled to “an accurate answer” as to why the home had been put up for sale in the first place.

But this week, Court of Appeal Justices Daphne Smith, Peter Willcock and Mary Newbury wrote that “misrepresentation was not proven” in this case.

“Court of Appeal ruled that owner had not been obliged to provide further disclosure because she had no reason to know that the fact of the murder (two years’ prior) would be material to the buyer,” they wrote in a summary of the decision. “Materiality is assessed objectively and in absence of expert evidence regarding a particular cultural sensitivity on the part of buyer, of which the seller was aware, misrepresentation was not proven.”

The murder of Raymond Huang is still unsolved. The trial judge did not make a finding in this regard, but media reports associated Huang with organized crime and the “Big Circle Boys” gang in particular. The police regarded the shooting as a targeted one.