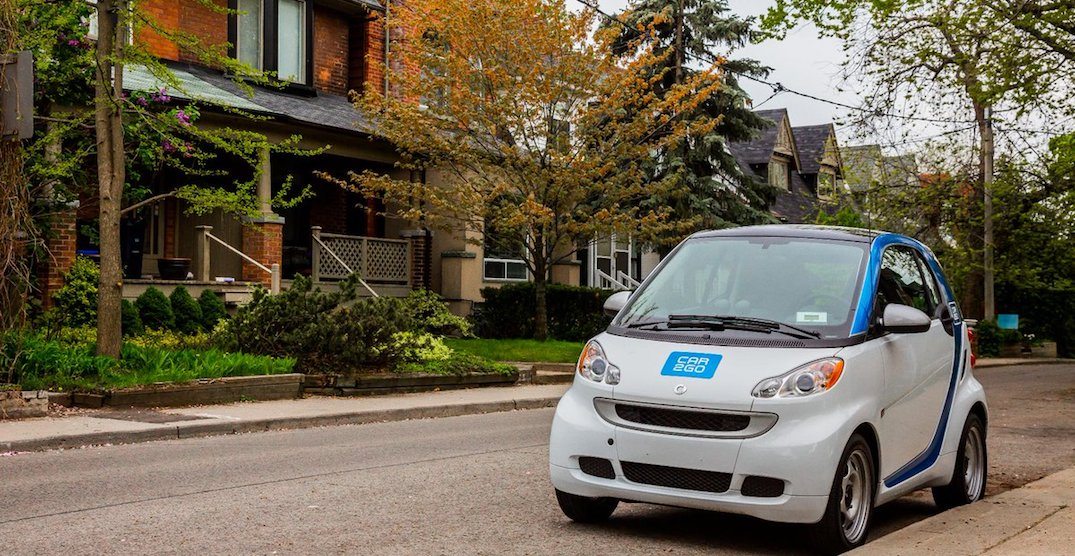 On Wednesday, SHARE NOW, also known as Car2Go, announced that it will cease all its operations in North America, effective in February 2020.

In a release, the company said the decision was made after discussions with its two shareholders, Daimler AG and The BMW Group.

SHARE NOW managed more than four million customers in 31 cities around the world and boasted a fleet of over 20,000 vehicles in 31 cities across North America and Europe.

In its statement, the company said the decision to cease operation in North America “was made based on two extremely complicated realities.”

The first one being “the volatile state of the global mobility landscape, and the second being the rising infrastructure complexities facing North American transportation today.”

Reaction to the company’s announcement didn’t take long, as customers of the service shared their reactions on social media.

This is a terrible blow to car sharing in Vancouver. Long time @Car2Go user, I am very disappointed that @sharenow_na is pulling out of North America. #sharenow #sharenow_na #car2go #betrayl #carsharing #environment

🙁 Rip Car2Go in North America! What a shame 🥺 https://t.co/wzClO2IOyF

I’m devastated. I use these cars every day as my primary transportation. I have always loved Car2go and thought their service was great until Sharenow got involved. What a cryin’ shame. https://t.co/0bo8c8xplq

This sucks so much. We got rid of a car directly because of the availability of Car2go (and ReachNow, etc). The bus is still my main form of transit, but these cars were great for errands, shopping, etc. https://t.co/3doIszGIdH

No uber or lyft…

Horrible car insurance rates, taxi system that works 1% of the time, and some run down mobi bike stations scattered around the city.

Getting an EVO is also going to be impossible now.

So car2go is leaving Vancouver. I’ve relied on this service for 5+ years. This is big. https://t.co/FHyTsOFdyE #car2go #sharenow

Car2Go kept us a one car family for the time it existed in Saint Paul. Bought the second car when they left that market. Plus side is I still use the Car2Go lip balm that I got at one of their events many years ago.

That’s the end of Car2Go.
Too bad. I enjoyed the service and found it very useful. https://t.co/KGUEh7FMFT

In short: car2go is leaving D.C. as of the end of February 2020. It was the first, and now the biggest, point to point carsharing service. (As opposed to Zipcar and the like, where you pick up and return the car to the same location.) https://t.co/1UfS7NJcHQ

But what will happen to the cars?

Some people wondered what the company was going to do with its massive fleet of vehicles, and even questioned if they could buy one themselves.

Okay but where can I buy a used Car2Go?@PoPville https://t.co/ub76RlLjvv

In a statement to Daily Hive, SHARE NOW spokesperson Tiffany Young said vehicles in impacted cities will be sold off. They will not, however, be made available for sale to the general public.

The car sharing company’s exit is expected to be particularly hard felt in Vancouver, which SHARE NOW has previously said is its largest market in North America.

This is a serious blow to people who chose to avoid car ownership specifically because of options like ShareNow/Car2Go and for a city who hung our caps on achievements in getting people to use alternative modes of transit. Car2Go was awesome for the “final km/mile” after transit.

@car2goVancouver what? No more car2go for Vancouver anymore?!!

A dear old friend of mine helped build @car2goVancouver. So sorry to see them pack up and leave. #ripcar2go

This is really disappointing, as I have relied heavily on @car2goVancouver to get around the city.

Thankfully, we have locally owned and operated @modo_carcoop #carsharing here in Vancouver. Give it a try!#letsmodo https://t.co/tpSfZnkfe6

Just waiting for the @bcliberals to blame the @bcndp for @car2goVancouver pulling their operations out of all of North America. #bcpoli

In August of this year, the company confirmed with Daily Hive that it had about 223,000 members in Metro Vancouver sharing 1,200 vehicles.