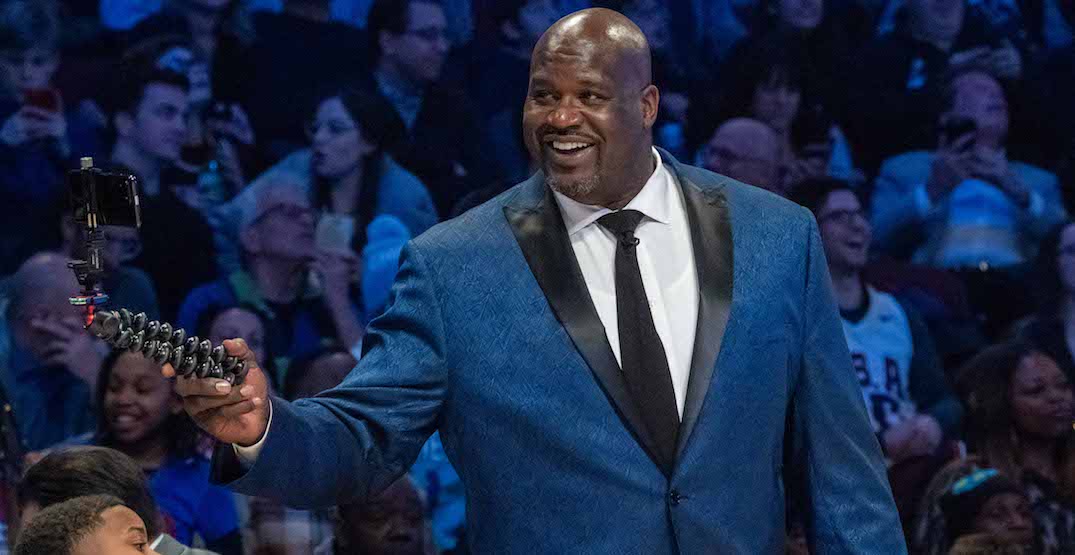 So that’s why he loves Canada.

When asked about which NBA city has the most attractive women, Shaquille O’Neal didn’t hesitate.

“Toronto and Dallas,” the NBA Hall of Famer said in an appearance on the Full Send Podcast this week.

“And New York and Miami,” he added, before later mentioning Los Angeles as well.

But he did say Toronto first!

The Toronto choice seemed to surprise one of the podcast hosts, who questioned him about it.

“Yeah, Toronto is off the chain,” Shaq confirmed.

Shaq then reflected on some of his past mistakes with women. O’Neal said that he was an “idiot” when he was younger, by messing up his relationship with his daughter’s mother.

“She was perfect. I messed that up.”

He said the mother of his son, Myles, was also perfect and that he messed that up too.

“I was more of an idiot than I was a true man.”

The 49-year-old is all about treating people with respect now.

“If you treat people with honour and respect, 99% of the time, they’re going to treat you back the same [way]… I like nice people, brother… If you’re nice, and we have a little vibe, then we’ll get to know each other.”

Shaq has spoken glowingly about Canada before. He spent a considerable amount of time in Vancouver during his playing days in 1999, as he sought the expertise of Dr. Alex McKechnie. He rented a house in West Vancouver, and worked out with the Vancouver-based physiotherapist for five hours a day.

He credits McKechnie — now a member of the Toronto Raptors organization — for turning around his career.

“Love the people. Love your national anthem,” he said during a visit to Vancouver in 2018. “People here have always been very hospitable and nice. We can learn a lot from the Canadian culture… You guys are just polite. I don’t see [you] guys having the same problems we have down there. You guys got free healthcare.”

He wasn’t kidding about the national anthem, by the way. O’Neal was the first member of the TNT panel to join in singing O Canada when Toronto Raptors fans interrupted them during the 2019 NBA Eastern Conference Finals.