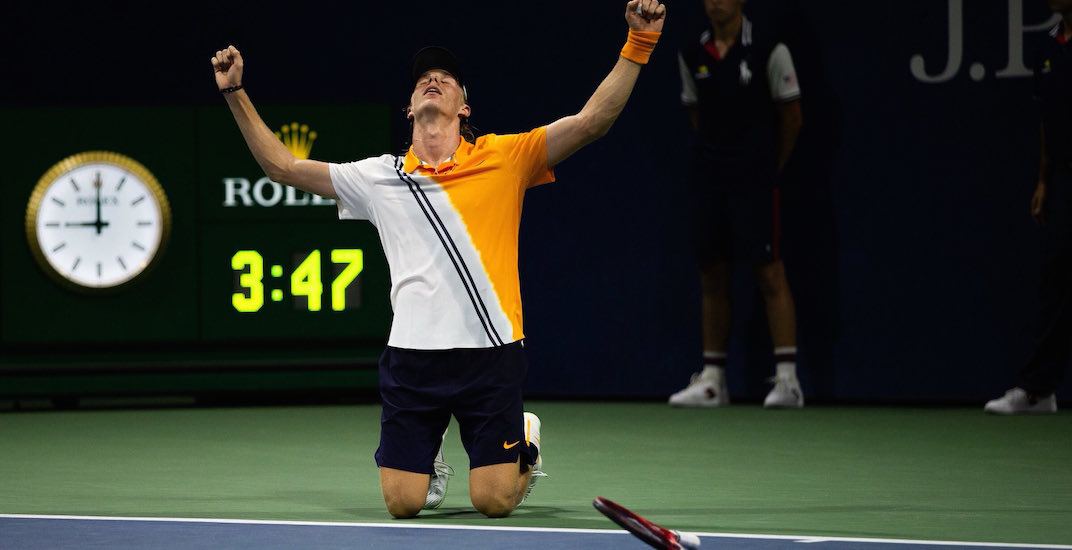 After three hours and 47 minutes in the New York heat, Denis Shapovalov dropped to his knees, with his arms raised.

The match was the longest of Shapovalov’s young career, 10 minutes longer than his five-set loss to Jo-Wilfred Tsonga at the Australian Open in January.

Seppi had Shapovalov on the ropes, up 2-1 after the third set.

“It was a little bit difficult,” Shapovalov conceded during his post-match press conference. “I had the break up, and then my serve kind of fell apart. I let go of that [third] set. I told myself, just pick it back up. Just fight for every point.”

And fight he did. Shapovalov didn’t play his best tennis, but was able to gut out a fourth-set tiebreaker before winning the fifth set.

“It was pretty crazy. It was long. It was long and physical,” Shapovalov said. “Obviously I feel tired now but I’m lucky I’m only 19 years old. I feel pretty good. I’ll be ready for Friday.”

Shapovalov advances to the third round, the first time he’s done that in a Grand Slam this year. The young Canadian made it to the fourth round in his US Open debut last year.

Meeting him in Round 4 is 32-year-old veteran Kevin Anderson, of South Africa. Anderson is currently ranked fifth in the world, and was the runner-up at Wimbledon last month.