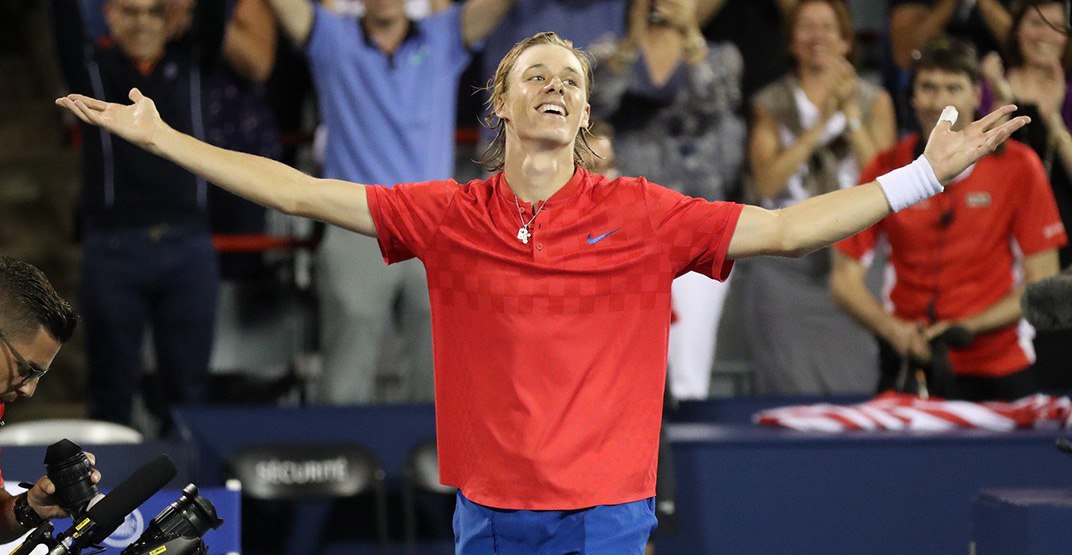 Canada’s Denis Shapovalov won another three-set thriller. This time he beat world No. 42 Adrian Mannarino in the quarter-finals 2-6, 6-3, 6-4.

On Thursday he beat world No. 2 Rafael Nadal, and a day before he took out former world No. 4 Juan Martin Del Potro – both Grand Slam Champions.

The 18-year-old was already the youngest quarter-finalist in the ATP Masters 1000’s 27-year history, and he now becomes the youngest semi-finalist in Canada since the beginning of the Open Era.

“Mannarino’s a veteran player who’s not going to beat himself, he’s going to make the kid earn it,” said McEnroe.

“If Shapovalov doesn’t have a let down, which is a big if, physically and more so emotionally, I like his chances. [Friday] it will be interesting to see how he handles all the emotions.”

While the 18-year-old looked tired emotionally early on – he was broken in his first two service games – he started playing better near the end of the first set.

“I was pretty drained from yesterday,” Shapovalov said after the match. “Adrian did a good job of playing fast in the first set and really taking it to me.”

In the second set immediately following a 12-minute rain delay at 2-2, the Canadian broke at love.

“During the rain delay I kind of told myself this could be a really good turning point,” he said. “It’s always tough to come out and serve after having 11 or 12 minutes off.”

He was on his game after that.

In the third set on serve at 3-4, 30-0, Shapovalov hit a backhand passing shot so perfectly even his opponent had to applaud.

Shapovalov spoke about how it wasn’t easy to focus on Friday’s quarter-final when earlier in the day media members found a picture of him shaking Nadal’s hand as a kid.

Shapovalov’s set to play QF against Mannarino at 3:30 PST today

Check out this pic of the kid making the rounds this morning#CoupeRogers pic.twitter.com/p5MT8DLdAX

Shapovalov elaborated on that picture after the match.

“I remember that day really well actually,” he said.

“Me and Jed who’s the other kid in the picture were actually supposed to play for five minutes before the match but [Dmitry] Tursunov and James Blake took such a long time to finish their match that we didn’t get a chance to play.

“I was a little bummed out because I thought Rafa was going to watch me play before his match,” Shapovalov continued with a laugh.

“We got to take a picture with him which was pretty cool.”

With Friday’s win over Mannarino, Shapovalov guaranteed himself a spot in the top-100 world rankings after the tournament ends.

He will play in the semi-finals against fourth-seed Alexander Zverev on Saturday. Should he win, he’ll have a spot in the world’s top-50.