Students at Simon Fraser University are putting the “fun” in fundraiser, and want cash for laughs. With a goal to raise $10,000, they are organizing the comedy event to help the Special Olympics, and their line-up of comedians is pretty impressive.

“Comedy for a Cause” is set for Wednesday, Jan. 22, at SFU’s theater on the Burnaby campus.
Doors open at 6 p.m., and there will be drinks, free appetizers, a photo booth and music. The show starts at 7:30 p.m.

Tickets are $20 and can be purchased at the SFSS General Office, through any one of the event hosts, or through www.ticketzone.com/sfuteamup

After the show there is an after-party at The Highland Pub for the Official Comedy for a Cause after party presented by Budweiser! Admission is complimentary with your ticket!

So get out there, have a good time, and make the world a better place! 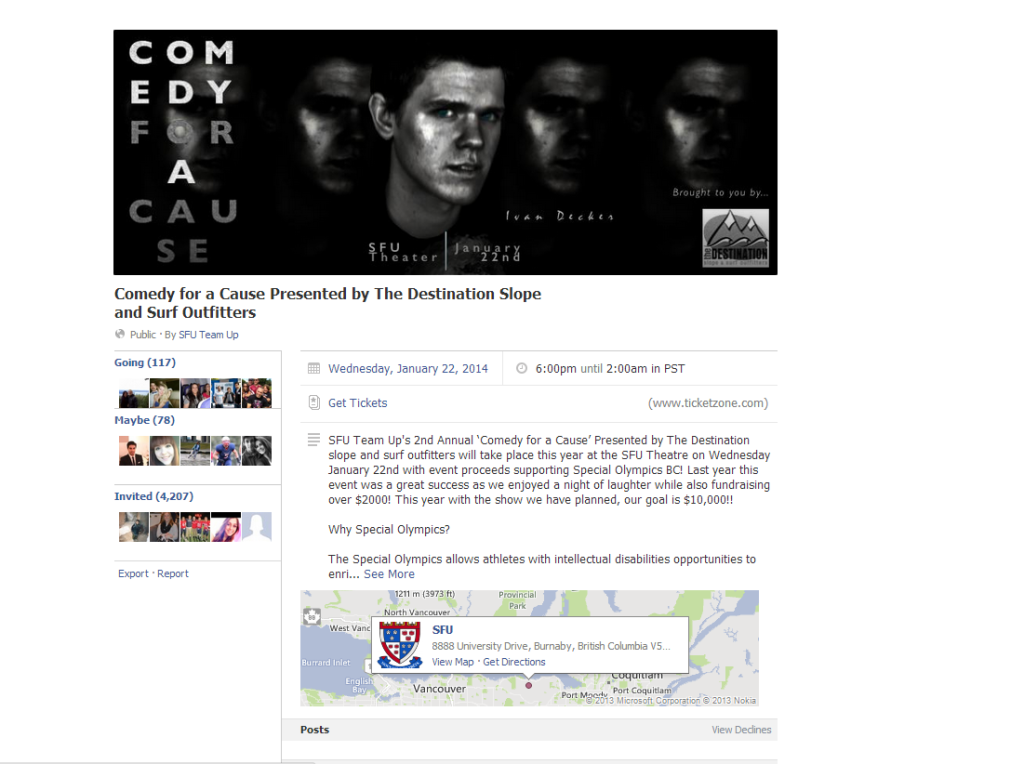