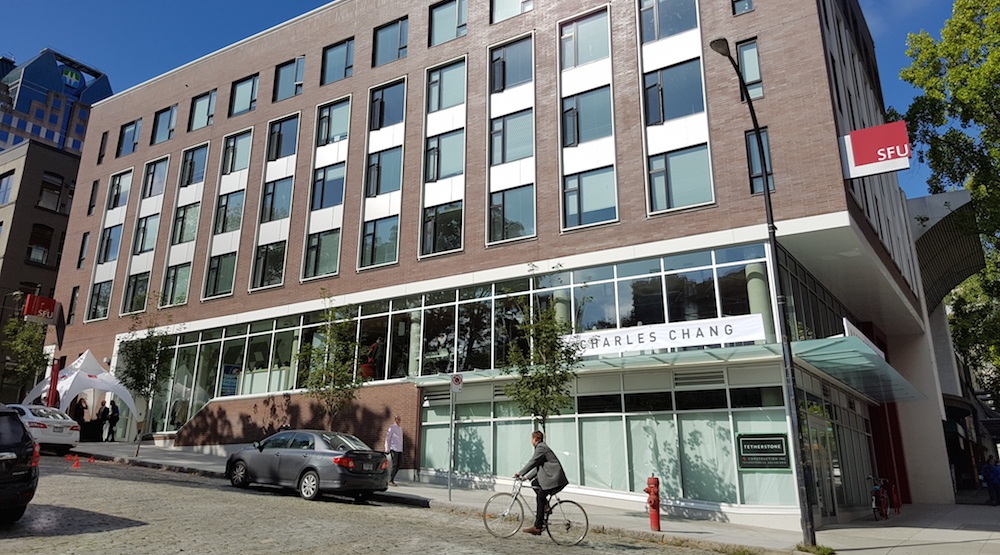 Simon Fraser University has established its sixth satellite campus facility in downtown Vancouver with the opening of a six-storey graduate residence and innovation centre across the street from Victory Square.

The 30,000-square-foot building at the intersection of Hamilton and West Hastings streets consists of the Charles Chang Innovation Centre, named after SFU Beedie School of Business alumnus and Vega founder Charles Chang, who donated $10 million to the university to help create a new entrepreneurship institute earlier this year.

“I am excited to be able to partner with my alma mater, SFU, to do something that will meaningfully impact people’s lives for the better,” said Chang in a statement. “I look forward to seeing how this new downtown space supports the creation of new ventures and innovations to our community.”

The Innovation Centre is located on the second floor and occupies about 3,000 square feet of space that will also be home to RADIUS, the business school’s social innovation lab and venture incubator. Courses for programs such as the Graduate Certification in Science and Commercialization will be offered at the innovation centre.

Within the upper four levels of the building, SFU has created its first satellite student residence that accommodates 68 students within 36 studio units and 16 two-bedroom units. Students began moving into the residences in June, and by the start of the school year in September the units were completely full.

A privately operated cafe, Nemesis, will open within a ground floor streetfront space of the building later this fall.

“Thanks to Charles’ generosity, students from across Canada and beyond will have the opportunity to live within the downtown core and study at SFU,” said Ali Dastmalchian, dean of SFU’s Beedie School of Business. “Furthermore, the centre will develop leading edge technology and social ventures tackling some of society’s and the technology industry’s most pressing challenges.”

SFU’s student housing facilities have a capacity to accommodate approximately 2,000 students. Apart from the new downtown building, all of the student housing buildings are located at the Burnaby Mountain campus, with the largest residence complex accommodating 727 students. 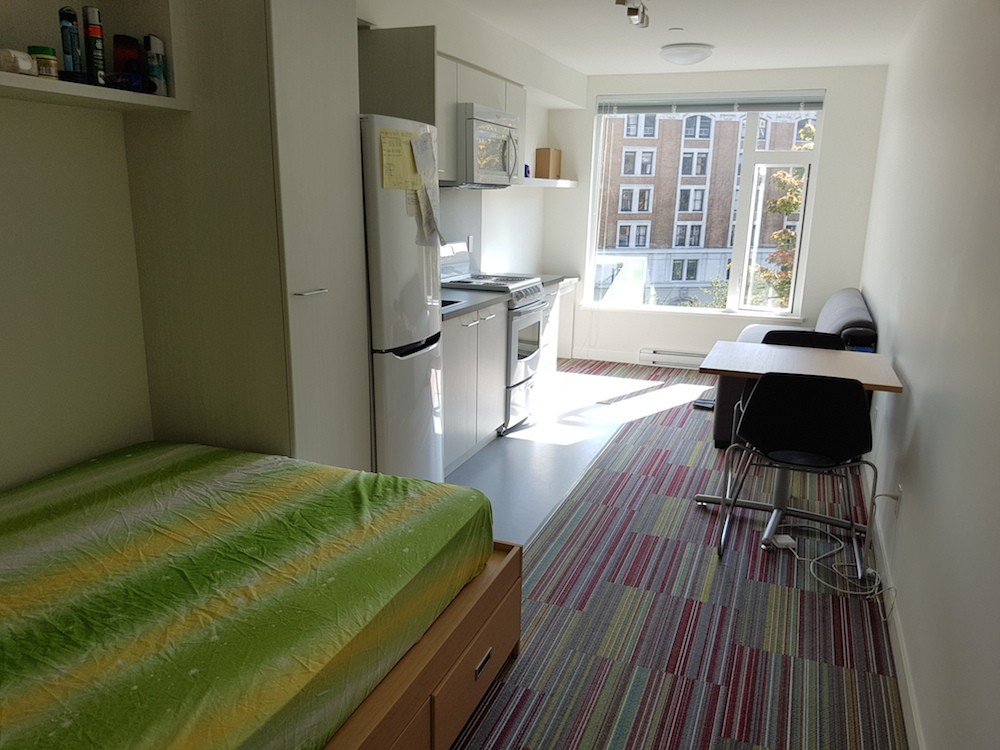 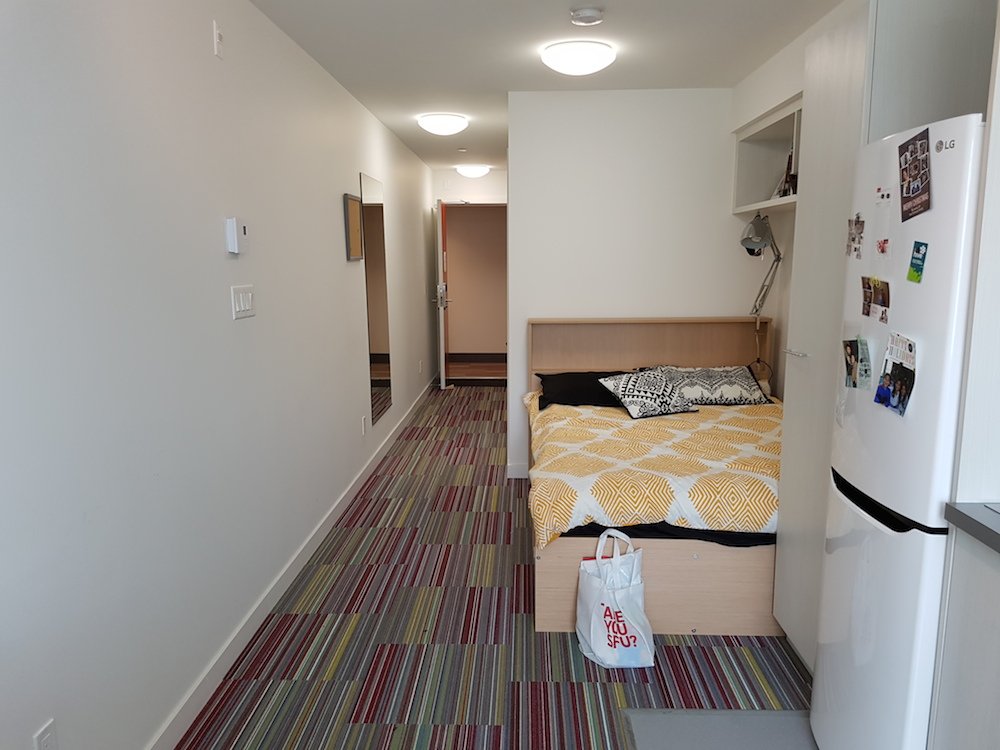