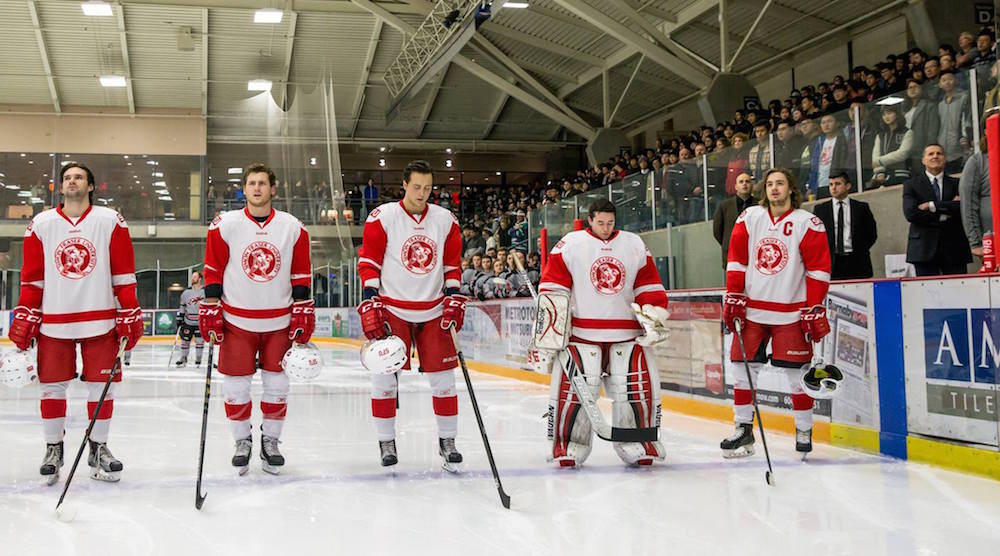 Get your teddy bears and your underwear (wait, what?) and head on over to Bill Copeland Sports Centre in Burnaby this Saturday to watch some hockey!

The second annual fundraiser from the SFU men’s hockey team is an event that Jeff Cowan would approve of. The teddy bear toss promotion is similar to what we’ve seen many junior hockey teams do, including the Vancouver Giants, but with a twist.

Underwear. People will be throwing their underwear on the ice!

Price: $10 for adults, $5 for students/seniors, free for children under 6, free for SFU students with valid student ID

Fans are asked to bring new, packaged underwear/socks or teddy bears to the game, which they can toss onto the ice when SFU scores their first goal. Volunteers will collect everything thrown on the ice and donate it to local community groups.

So no, people will not be removing their undergarments at the rink bra-barian style (boooooo…). Underwear and socks need to be brand new, still in the package.

Last year over 300 stuffed toys and 150 pairs of socks and underwear were collected and donated to local charities. All teddy bears will be donated to the Burnaby Christmas Bureau, while underwear and socks will be given to the Lookout Society Surrey, to help the homeless.

“This is one of our favourite games of the year, the fans are on the edge of their seat waiting for that first goal and the players all want to be the one who scores,” SFU ice hockey director of communications Andrew Delbaere said.

“It’s also a chance for us to give back to the community in a unique way, and make the holiday season a little bit brighter for those in need.”

Fans can bring their own teddy bears/underwear/socks to donate, or can purchase some in the lobby at Bill Copeland.

With a 7-2-1 record, SFU is currently in first place in the British Columbia Intercollegiate Hockey League, a league that features players whose careers include time playing Major Junior, Junior A, and Junior B level hockey.

Saturday’s game is against Selkirk College, champions of the BCIHL in each of the last four seasons.

“Every time we play Selkirk, it’s a battle so if you’re not up and motivated to play Selkirk then there’s something wrong with you. As a group, we’re always chomping at the bit to play those guys,” SFU assistant coach Tom Spencer said.

“I know the feeling’s mutual in the other dressing room, so they’re going to be ready to play against us and we’ve got to be on our best and have a good rebound game from last week.”