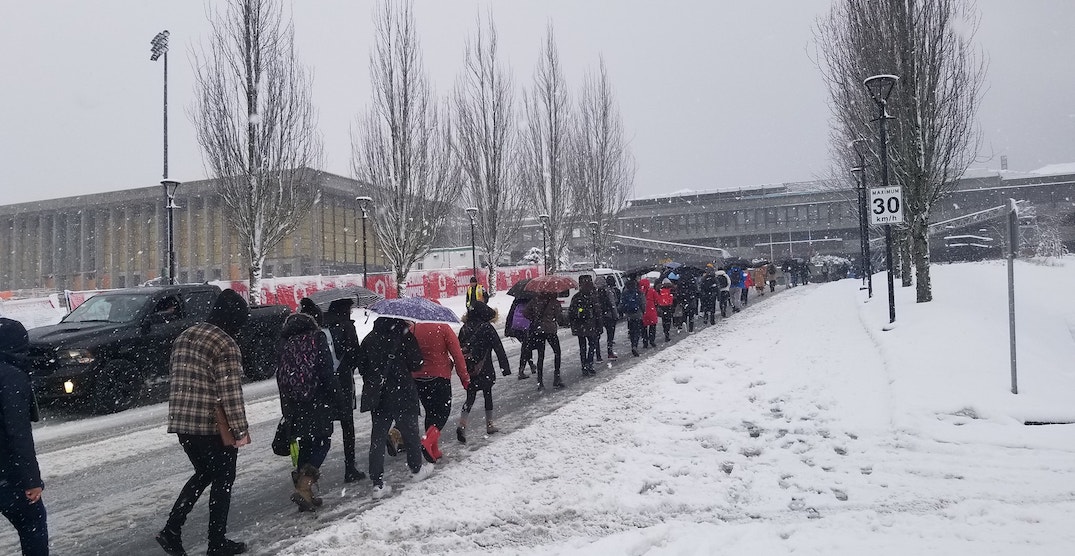 It happens a few times every year — and it is happening today.

Many TransLink buses making the steep trek up the snow- and ice-covered roads of Simon Fraser University’s Burnaby Mountain campus have jackknifed, forcing students, staff, and UniverCity neighbourhood residents to walk the remaining uphill journey up to the campus.

Photos and videos show the buses are unable to make the climb, despite the use of several snow plows and the deployment of SFU and transit staff to help keep the roads clear.

At this time, the SFU Burnaby Mountain campus remains open, despite the accessibility issues.

Transit Supervisors are shoveling and salting to help get buses up Burnaby Mountain. Remember your toque and gloves everyone! ^rw pic.twitter.com/8E3Xlu5ywF

Transit supervisors are giving car drivers a hand as the snow is sticking on Burnaby Mountain. ^ap pic.twitter.com/xM7K6i0MQw 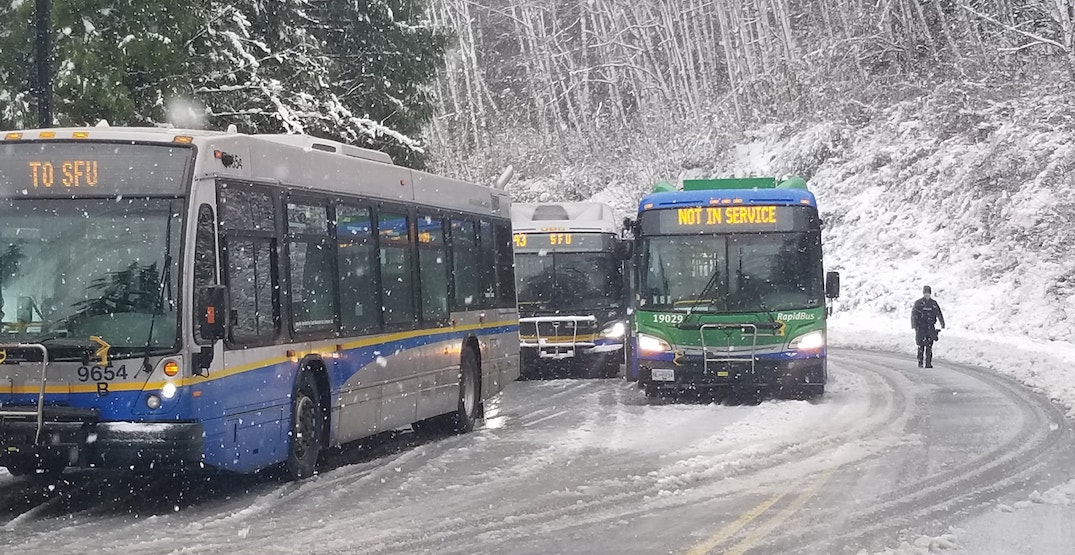 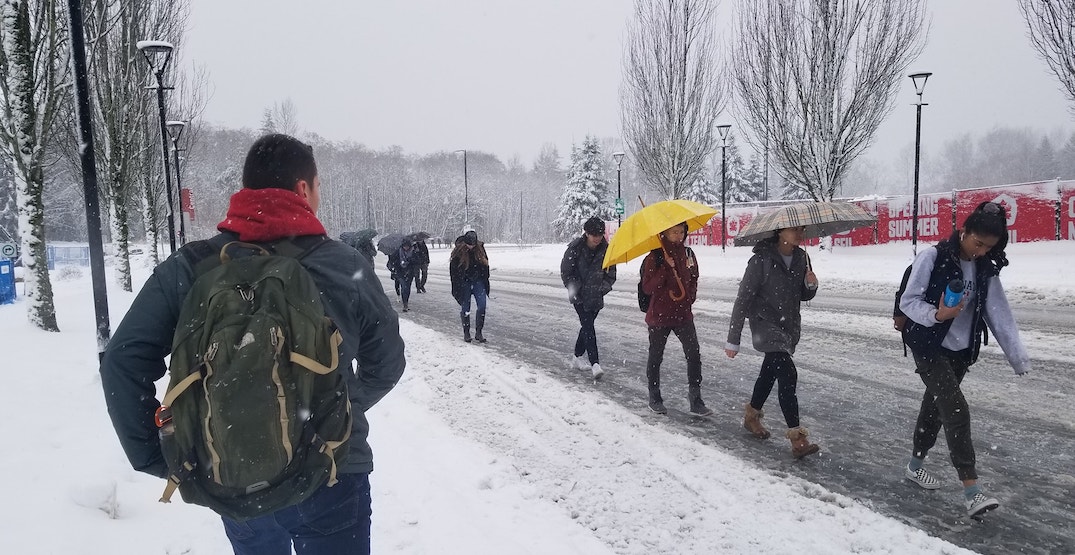 Advocates for TransLink’s proposed gondola reaching the campus have taken the opportunity of today’s conditions to highlight the need for such an aerial transit line that not only increases capacity to reduce regular overcrowding and delays throughout the year but also better ensures reliability, especially during poor weather.

“The current bus system to SFU has become inadequate for our needs,” Daryl Dela Cruz with the Build The SFU Gondola advocacy group told Daily Hive.

“We face chronic overcrowding throughout the year and weather-related disruptions just make it worse. An urban transit gondola is a cost-effective, reliable and environmentally friendly solution.” 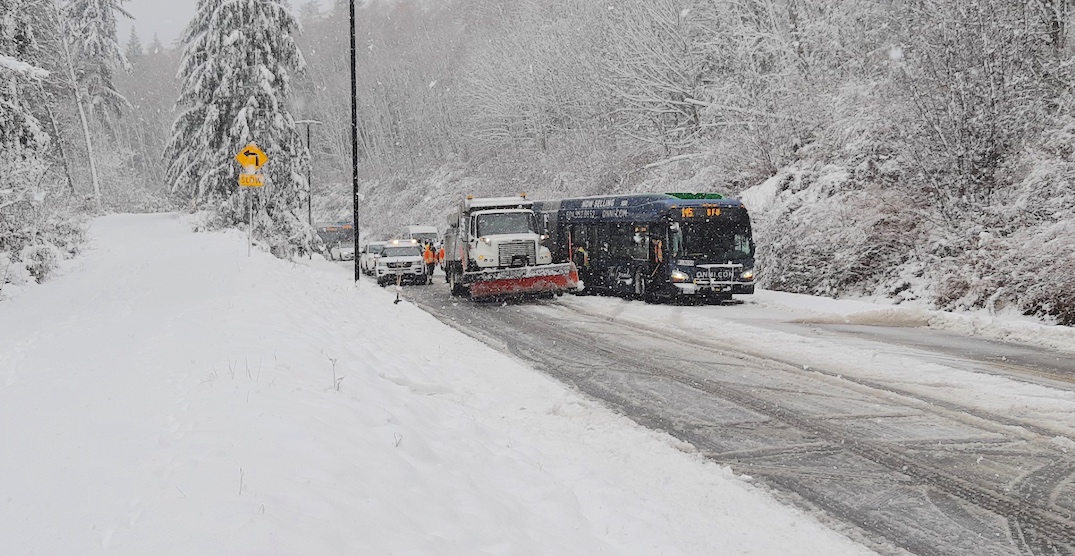 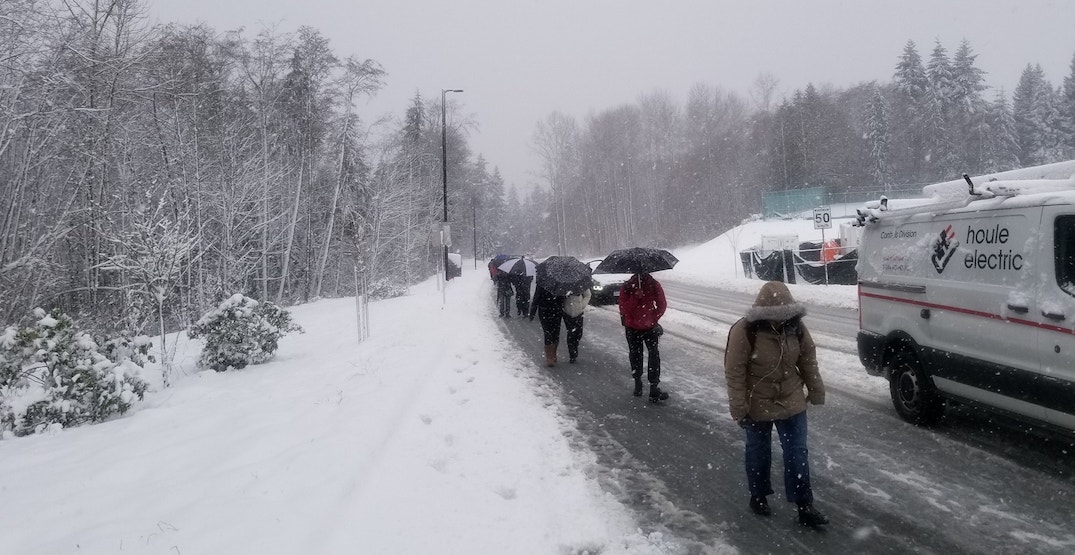 With an ultimate capacity of at least 3,000 passengers per hour per direction, a gondola transit line from Production Way-University Station to the top of Burnaby Mountain would have a travel time of just six minutes — less than half the travel time of the No. 145 bus in optimal conditions.

Each cabin will hold up to approximately 30 people, with cabins departing as frequently as about every 30 seconds.

The proposed gondola technology is the 3S system with three cables, similar to Whistler Blackcomb’s Peak2Peak Gondola, allowing for high travel speeds, larger cabins, and safety redundancies. The Sea to Sky Gondola, in comparison, only uses one cable.

TransLink’s most recent planning work for the gondola indicates the transit line will cost about $200 million to construct in 2020 dollars, but it will only take about 18 months and comes with a highly positive benefit-cost ratio of 1.8 — making this a worthwhile long-term infrastructure investment.

In May 2019, Burnaby city council approved its support for the gondola, but with conditions, including further analysis on route options and consultation with area residents.

Then in July 2019, the Mayors’ Council approved TransLink staff’s request to engage in public consultation, then create technical design and funding options.

TransLink is currently pursuing the federal green infrastructure fund to cover the cost of building the project to ensure the gondola project does not compete with other Mayors’ Council projects.

If federal funding is unavailable, TransLink will push the project to after the current Mayors’ Council 10-year expansion plan and instead be considered with other transit investment priorities in Transport 2050.

The demand for such a system already exists, and it will only continue to grow; by 2045, UniverCity’s residential population will grow to 10,000 people, the number of faculty and staff will increase to about 8,000, and the number of undergraduate and graduate students will reach over 30,000 (up from 20,000 today).

Currently, buses reaching campus see about 25,000 daily boardings, and this figure is expected to grow by 60% over the next two decades. 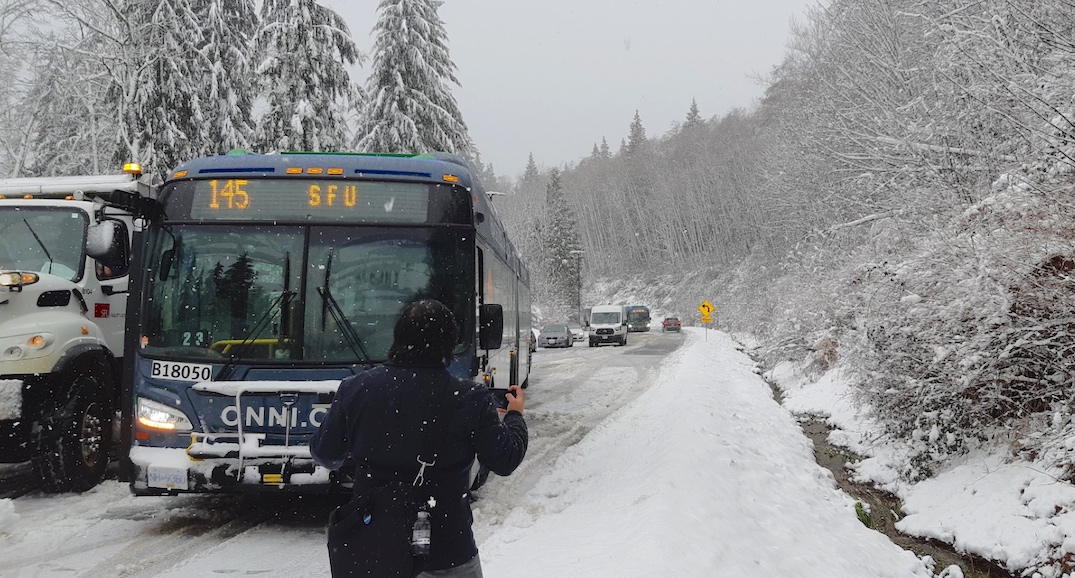